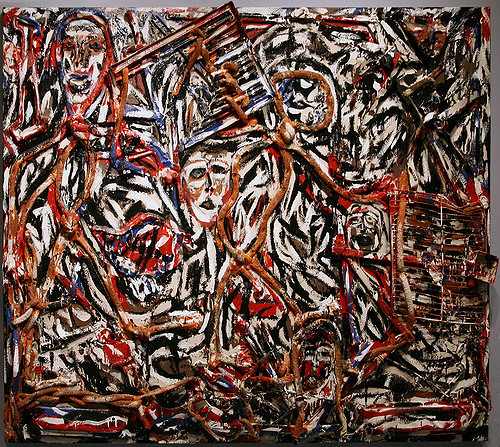 What is at the core of virtually every conflict?

What do the following conflicts have in common?

In Exclusion and Embrace, Miroslav Volf provides an insightful analysis of these conflicts at international, inter-racial, and inter-cultural levels.

As a Croat, Volf recognizes that the Balkan conflict had much to do with a person’s identity as a Croat or as a Serb. He acknowledges that the same is true of the other conflicts concluding that “the problem of ethnic and cultural conflicts is part of a larger problem of identity and otherness.” Identity need not be limited to nationality or ethnicity; it also extends to gender, social class, politics, and religion.

The issue of identity is also central to inter-personal conflict.

In my previous post (Three Elements of Conflict) I proposed a preliminary definition of interpersonal conflict: disagreement between interdependent people concerning an actual or perceived incompatibility of needs, ideas, beliefs, values, or goals. A fairly typical definition, but inadequate.

The inadequacy is with what I called the issues: needs, ideas, beliefs, values, and goals. These are important, but where does an idea or a belief come from? There is something deeper that produces and shapes these issues.

I agree with Volf; identity is at the root of conflict.

Identity, or self-identity, is basically each person’s answer to the question “Who am I?”

Bruce Waltke writes, “‘Who am I?’ is the fundamental question of our existence. Our self-identity is the window through which we perceive and engage the world; it determines all that we do.” Our identity is at the core of our being.

Identity is not a simple concept. A person’s identity is formed from many factors – some chosen; others not. Nobel laureate, Amartya Sen, provides an example in Identity and Violence:

The same person can be a British citizen, of Malaysian origin, with Chinese racial characteristics, a stockbroker, a nonvegetarian, an asthmatic, a linguist, a bodybuilder, a poet, an opponent of abortion, a bird-watcher, an astrologer, and one who believes that God created Darwin to test the gullible.

Of course, these factors are not of equal importance, and some may not be relevant in a particular conflict.

What is the pre-eminent characteristic of self-identity for a Christian? We’ll explore that in a future post.

Your identity and the identity of the “other” are at the root of conflict. We might even say that conflict is the clash of identities.

To be better equipped for conflict, here are some questions to ask yourself:

1.         Using Sen’s example as a model, what cluster of factors make up the essence of your identity?

2.         Reflecting upon a recent situation of conflict involving you, what factor of your identity was confronted? How did that aspect of identity manifest itself?

3.         Can your identity change? Can conflict be a catalyst for change in a person’s identity? If so, how?

Let's look at some of these issues in the next posts.