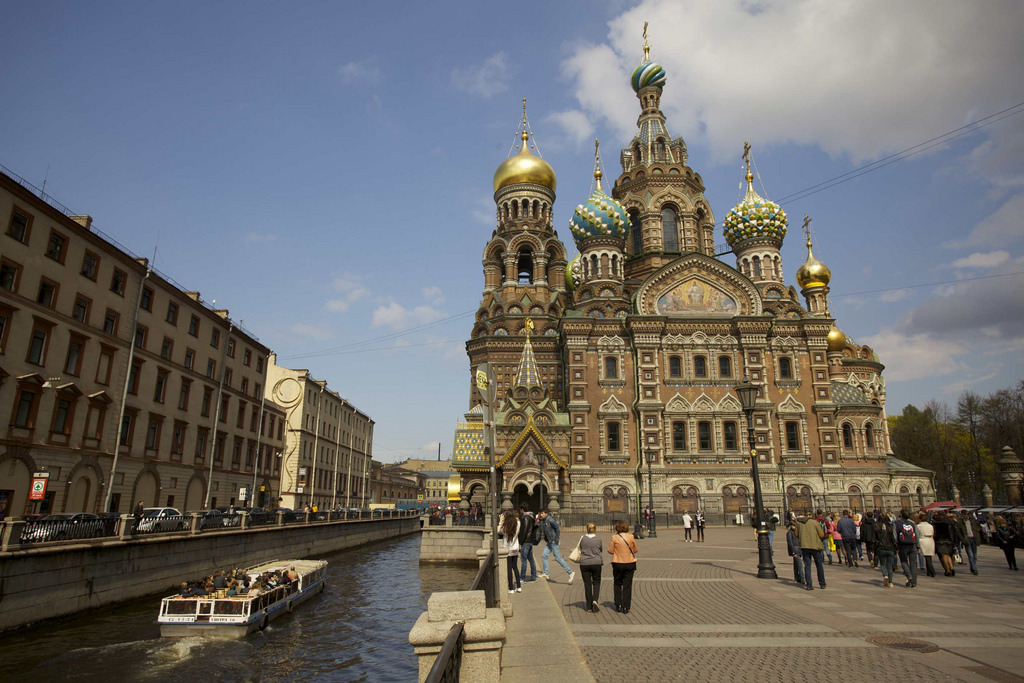 A tour of an unfamiliar place can make all the difference.

I’ve traveled to many foreign cities. Some of them are just blurred in my memory. Being transported from an airport to a hotel to an event to an airport. I was left with a sense of people, buildings, and movement – but no shape or purpose.

At other times someone has spoken during a trip from the airport. The guide pointed out important routes, landmark structures, historical sites – and their significance. The tour gave me a grid of understanding – the city had structure, reference points, and historical meaning.

One such example was St. Petersburg, Russia (formerly, Leningrad). One monument marked the farthest advance of the German army during the bloody Second World War battle for the city. A building from the time of the Czars was pointed out as the famous Hermitage on a bank of the Neva River. We stayed in the Astoria Hotel across from St. Isaac's Cathedral. There was still much to learn about the city, but we began to sense its shape and purpose.

So it is as we read the Historical Backbone of the Bible.

Let me start with a short tour of Genesis by pointing out three basic features.

Genesis is often called the “seed-plot of the Bible.” It introduces us to major themes of the Bible in their seed form.

An example is a marriage. Genesis 2:18-25 sets out the fundamentals of the life-long covenant of companionship to be enjoyed between a man and a woman.

Throughout the Bible, marriage is frequently encountered. Marriages are made and broken; challenged and strengthened.

Most commentators point to the genealogies as the basic structure of Genesis.

“After the prologue representing the creation of the cosmos (Genesis 1:1-2:3), the author of Genesis introduces ten new divine initiatives in salvation history with a toledoth heading.”[1] The Hebrew word toledoth refers to a genealogy and means “the account/record of the line of X.”

Let’s simplify the tour to these four sections or “cycles”:

The texts between each of these cycles act as linking material.

There is much to learn of God’s ‘Story’ and of our human condition from Genesis.

The Primeval History (chapters 1-11) “describe two opposite progressions: first, God’s orderly creation, to its climax in man as a responsible and blessed being, and then the disintegrating work of sin, to its first great anticlimax in the corrupt world of the Flood, and its second in the folly of Babel.”[2]

We then read the life ‘stories’ of three patriarchs together with other characters including Sarah and Lot, Ishmael and Isaac, Rebekah and Rachel, and the twelve brothers who became the tribes of Israel. Here's a suggested theme for each of the cycles for the three patriarchs:

Abraham is the only individual in the Bible specifically called a “friend of God” (see 2 Chronicles 20:7; Isaiah 41:8; James 2:23) so we can expect to learn something about being a friend of God by exploring his life.

It is significant that Jesus later says to his followers (John 15:13-14 NIV):

"Greater love has no one than this, that he lay down his life for his friends. You are my friends if you do what I command."

… but we’re getting ahead of ourselves.

How do you relate to God’s person: are you a friend or not?

Jacob is a rogue. Every action seems to be for personal gain until he reaches the end of his resources at Peniel (Genesis 32:22-32). There he is transformed and re-named by the gracious power of God.

God’s sovereign purposes will not be frustrated – they will ultimately be fulfilled. Like Jacob, we are invited to submit to God rather than fight him. This God is later revealed to us as Jesus Christ. For me, I’ve chosen to submit – what about you?

How do you relate to God’s power?

This cycle traces Joseph’s recognition of God’s purpose for him, and how he lived according to that purpose – not only for himself but also in the flow of God’s ‘Story’ of salvation.

A key verse is Joseph’s statement to his brothers: “you intended to harm me, but God intended it for good to accomplish what is now being done, the saving of many lives” (50:20).

How do you relate to God’s purposes?

In all this, we should never lose sight of God at work – in the foreground and the background. After all, this is primarily God’s ‘Story’.

How do you relate to God’s person, his power, and his purposes?

Hopefully, this ten-minute “tour” has given you a greater sense of the shape and purpose of Genesis. What do you think?

Get your FREE copy of "Listening Well to Matthew."

Prayer of Presence What to Expect from a Good Father Do we have to beg God to be generous?