A Pagan Shows Us How to Love 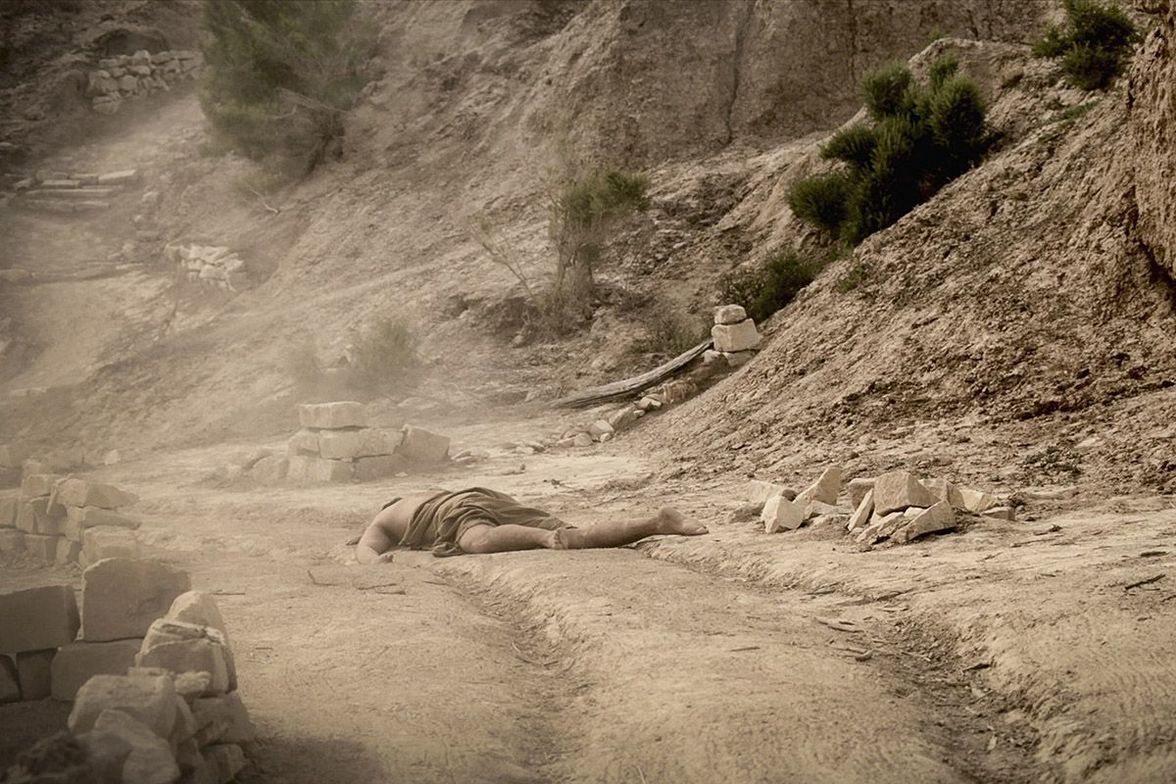 We explored the greatest of the commandments in the previous post. Now we turn to the second greatest.

To refresh our memories, here is what Jesus said in response to a religious scholar (Matthew 22:37-40):

And the second is like it: 'Love your neighbor as yourself.'

All the Law and the Prophets hang on these two commandments."

When Luke relates this incident, he adds something about a pagan we do not find elsewhere. We’ll come back to that in a moment.

Jesus quoted Deuteronomy 6:5 (the Shema) as the greatest commandment. Did you know that the second commandment is from Leviticus 19:18?

In the Bible, a quotation of an older text in a newer takes the context seriously. The writers were not merely cherry-picking convenient phrases to support what they were writing. They were showing how the ancient text was alive and relevant in a modern setting.

Leviticus 19 is at the center of the structure of Leviticus. That makes it a serious focus of the message of the whole book.

After a standard introduction, Leviticus 19 opens with the Lord saying, “Be holy because I, the LORD your God, am holy.” The New Testament takes up this theme of holiness and directs it toward followers of Jesus. For instance, here is what Peter writes for you and me (1 Peter 1:14-16):

As obedient children, do not conform to the evil desires you had when you lived in ignorance. But just as he who called you is holy, so be holy in all you do; for it is written: "Be holy, because I am holy."

“Whoa! How can any human be holy like God is holy?”

Some propose that the underlying meaning of holy is “being separate.” So, being holy is being separate from that which is common or unclean. That understanding is helpful but limited.

Professor N. Kiuchi, in his commentary of Leviticus (348f.), writes that holiness is “the absence of an egocentric nature,” by which he means that we are not living as people focused on “me, myself, and I.” In other words, we are not self-centered.

As I think about this, it appears that being holy involves at least two significant aspects.

First, it is separation from sin and “uncleanness” – separated from those things that are contrary to the character of our God. That is a negative concept (i.e., what being holy is not).

The second aspect is positive. As Kiuchi states, it is “the absence of an egocentric nature,” and, as such a nature like God’s. In this, it is a quality of being and living that creates the space for:

This positive aspect of holiness means that when we love we will not think too highly or too approvingly of ourselves and too disapprovingly of others.

Learning from a pagan

In Luke’s retelling of Jesus’ teaching to “love your neighbor as yourself,” the religious scholar asks a follow-up question: “Who is my neighbor?”

Jesus answered with this parable or story (Luke 10:30-37 from The Message):

There was once a man traveling from Jerusalem to Jericho. On the way he was attacked by robbers. They took his clothes, beat him up, and went off leaving him half-dead. Luckily, a priest was on his way down the same road, but when he saw him he angled across to the other side. Then a Levite religious man showed up; he also avoided the injured man.

A Samaritan traveling the road came on him. When he saw the man’s condition, his heart went out to him. He gave him first aid, disinfecting and bandaging his wounds. Then he lifted him onto his donkey, led him to an inn, and made him comfortable. In the morning he took out two silver coins and gave them to the innkeeper, saying, ‘Take good care of him. If it costs any more, put it on my bill – I’ll pay you on my way back.’

“What do you think? Which of the three became a neighbor to the man attacked by robbers?”

“The one who treated him kindly,” the religion scholar responded.

Samaritans resided in the central region of Palestine called Samaria. Historically, that was the territory of the northern break-away kingdom of Israel that was conquered by Assyria in 722 B.C. The invaders removed the Israelites and replaced them with people from a different part of their empire. Take a few moments to see what happened by reading 2 Kings 17:21-41.

In Jesus’ time, the Samaritans were disdained and avoided by the Jews. They were viewed as pagans.

Samaritans were different from the Jews in almost every way: ethnically, culturally, and religiously. And yet, it was neither the Jewish priest nor the Levite that helped the half-dead victim on the road. They thought too approvingly of themselves and too disapprovingly of the victim. It was the despised Samaritan who loved his ‘neighbor.’ It was the pagan whom Jesus portrayed as the person being holy like God is holy.

If our Lord retold this parable in your setting today, who would stand in place of the priest or the Levite? And who would be the Samaritan? Would it be you, or would it be someone different than you, perhaps someone you disdain?

What more do you learn from the Samaritan that speaks into your life and attitudes toward yourself and toward other people? Among other things, note his direct personal engagement, the use of his finances, and his continuing concern.

For you, what needs to change?

We still wait for the answer to “How can we love like Jesus?” That is coming.

BACK TO Do we need a command to love?

Photo credit: Unknown. If you have information about acknowledging this photo, please contact me.

The rendering of the parable of the good Samaritan is from The Message © 2002. Used by permission of NavPress Publishing Group.