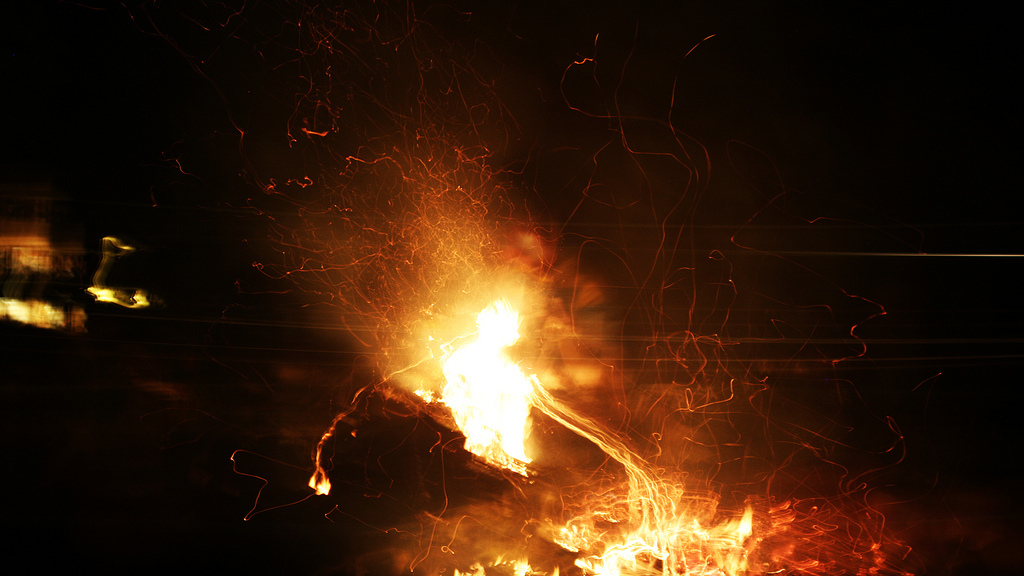 In this guest post, Dr. Hird, Rector of St. Simon's Church in North Vancouver, provides a mediation on Advent as a time for refining or purging out the dross of attitudes and actions that displease our God. Here's what Ed writes:

Rediscovering the neglected season of Advent is key to purging the commercialism and secularity of Christmas.

Malachi, which is read in Advent in churches that use the Revised Common Lectionary, often doesn't get much attention.

Malachi literally means 'my messenger'. Four hundred years after Malachi, the first messenger, John the Baptist, showed up in the spirit and power of Elijah with the purging message:

prepare the way of the Lord. Repent for the Kingdom of God is near.

John the Baptist is the symbol and heart of Advent. He is Jesus' forerunner, his harbinger, the advance scout preparing for a coming King and his army. Jesus is the Messenger of the Covenant who followed the initial messenger.

Christmas is Advent, the first Advent.

Entering into Advent and preparing for Christmas and the Second Advent/Second coming is to enter into a purging refiner's fire in which our lives become like a precious offering like gold and silver.

Purify my heart, may it be like gold and precious silver.

The Christian walk is not an easy one, but rather like going through a refiner's fire, purging and purifying our sin and selfishness. Going through the refiner's fire enables us to turn our fathers' hearts back to our children, and their hearts to us.

If we walk in the light, we have fellowship with each other, and the blood of Jesus Christ cleanses us from all sin. If any man sin, we have an advocate, the messenger of the covenant, Jesus who is the propitiation for our sins.

All cleansing, all purging, is rooted in Jesus' finished work of the cross.

This purging, this purgatory so to speak, is only for this life, not for life after death. As article 22 of the Anglican Articles of Religion put it, the idea of purgatory after death is 'a fond thing vainly invented, and grounded upon no warranty of Scripture but rather repugnant to the Word of God.'

The whole Reformation was rooted in rejecting financial exploitation as guilty people gave large amounts of money to buy their relatives out of purgatory. We are saved by grace through faith. You can't buy your way into heaven.

You are invited this Advent to enter by faith into the refiner's fire of the Father, receiving purging and cleansing for his sudden second Advent.