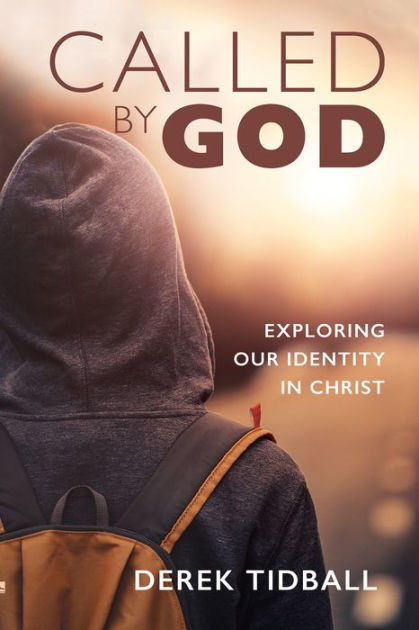 It was the subtitle that attracted me to this book. I wanted to know more about “our identity in Christ.” I hoped to glean some helpful insights into this vital subject.

The author, Derek Tidball (DT), is a former Principal of the London School of Theology, President of the Baptist Union of Great Britain, Chair of the Evangelical Alliance, and a Visiting Scholar at Spurgeon’s College, London, UK.

What is DT’s thesis, and how does he describe identity?

In his first paragraph, TD notes that Christians are “the called ones,” then states, “the call of God determined their identity in Christ.” The author then sets out his book in twelve chapters, considering what it means to be called.

Each chapter focuses on a New Testament text containing the word “called.” So, the first chapter is “called … loved … kept” from Jude 1; the second chapter “called out of darkness” from 1 Peter 2:9; and so forth.

Each chapter concludes with a summary statement of the lesson and a few reflective questions.

Here are three modest concerns I have about the book.

First, my understanding of identity, or self-identity, is how one answers the fundamental question, “Who am I?” For the Christian, that means being “in Christ” and all that entails. Although this identity includes our calling, it is more than that as indicated by texts such as Ephesians 1:3-14—a text which is not included in TD’s considerations.

By focusing on the Christian’s call, TD has provided us with one important aspect of Christian identity. In keeping with the subtitle of the book, I would have benefited from a fuller description of the Christian’s identity “in Christ.”

Second, is a minor point of style. The author’s material left me with the feeling of a three-point sermon on the selected biblical text adapted to the medium of print.

Third, TD could have picked better illustrations for some of his points. Some of his examples are not understandable to a non-British audience. One instance (51) is “The debate runs through the New Testament writings, as the name of a seaside resort runs through a stick of rock.” It was not until I showed this to a person familiar with things British that I understood this was a reference to the printing on a stick of rock candy. As the rock candy is eaten, the name on the stick appears.

Other illustrations might be distracting. An example is the author’s comparison of holiness with stinky cheese (73). Surely there is a better parallel.

Despite these modest concerns, Called by God is a profitable read.

For me, I found it worthwhile reading and meditating upon one chapter a day. I came across numerous gems to think about, such as “if you want to avoid suffering, follow a different master” (92).

I give this book four stars.