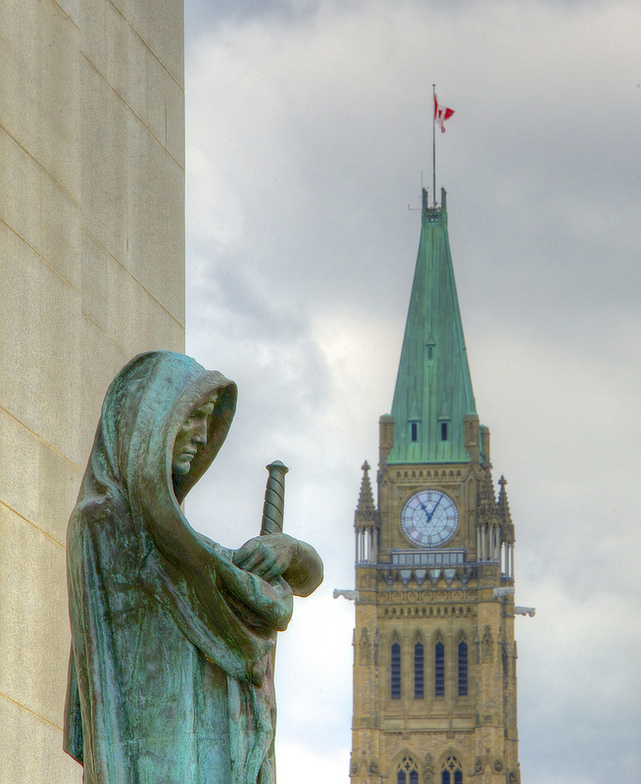 There was a radical shift in Canadian society on Friday, June 15, 2018. Perhaps we could say that the dominant culture showed its true colors.

I refer to the decision of the Supreme Court of Canada (SCC) in the case of Trinity Western University (TWU) and the law societies of two Canadian provinces, British Columbia and Ontario.

Do not stop reading if you are not from Canada because we will dig into the implications for all followers of Jesus wherever you live.

Before proposing a way forward, let me explain briefly what happened.

TWU is a private Christian university that proposed establishing a law school. Students (as well as faculty and other employees) of TWU are required to enter into a Community Covenant Agreement (Covenant).

The provision in the Covenant that was unacceptable to the SCC requires members of the TWU community to abstain from “sexual intimacy that violates the sacredness of marriage between a man and a woman.”

Let me also note that another provision of the Covenant is to “treat all persons with respect and dignity, and uphold their God-given worth from conception to death.” In both cases before the SCC, there was no evidence of bias by TWU graduates against LGBTQ people.

Law societies are responsible for protecting the public interest in determining the qualifications of those practicing law within their respective jurisdictions. In this case, they decided that they would not accept graduates of the proposed TWU law school because of the limitations of sexual intimacy defined by the Covenant.

Seven of the nine justices of the SCC agreed with the law societies and decided the faith-position of TWU was not acceptable. As one commentator put it, only secular standards now apply in the public square.

I disagree with the decision of the SCC, but as it is Canada's court-of-last-resort, that “ship has sailed.”

Here is a link to Bruce Clemenger's thoughtful three-part analysis of the SCC decision. Click here to access the SCC site for the full decision and a summary.

Why are people asking me if I was going to comment on this case?

Here are four things you may, or may not, know about me:

1. I graduated from the law school of the University of British Columbia in 1976 and practiced law for decades.

2. The Right Honourable Beverly McLachlin (recently retired Chief Justice of the SCC) and I were trained by the same principal (i.e., a senior lawyer) – she was his first articling student; I was his third (and last).

I have not yet met Justice McLachlin, but our common beginnings have given me an interest in her lengthy career. She is a fine judge who has served Canada well.

3. I have been bi-vocational for most of my professional career. That means I practiced law while teaching the Bible and serving in a variety of situations. For about nine years I served full-time as pastor-teacher of a Metro-Vancouver church. I now serve with Outreach Canada Ministries.

4. I studied at TWU and was awarded a Doctor of Ministry degree in 2012. TWU is a first-class educational institution that serves Canada well.

Now, for a bit of history to show us where we are as a Church in Canada.

By the Edict of Thessalonica (380 AD) the Roman Emperor, Theodosius I, made Christianity the sole authorized religion of the Roman Empire. From that time, Christianity in Europe and elsewhere became a state-sanctioned, and often state-supported, institution. Some felt that this was something to celebrate – a time for ringing bells.

I submit that was not a good thing. Why?

For one, the Church had to shift some of its loyalty to the state to maintain its patronage. There was an implicit reluctance to “bite the hand that fed it.”

When Christians lived without state-sponsorship their loyalty to Christ was clear in life, ethics, and doctrine – and they often suffered for it. During these times the impact for good of followers living and serving faithfully was undeniable.

In more recent history, the compromise of German Christian churches to Nazi policies during Hitler's rise to power is stark evidence of the danger of state-sponsorship. Eric Metaxas’ well-written biography Bonhoeffer: Pastor, Martyr, Prophet, Spy (2010) recounts some of these dangers and their impact upon the lives and testimonies of Christians.

In the aftermath of World War II, German Christians were wringing their hands wondering how they had become implicated in the atrocities that occurred. Many of those Christians had enjoyed state-sponsorship in state-sanctioned churches – they had not lived faithful, Christ-like lives. What did they expect?

Today, many North American Christians and their denominations appear to be more interested in politics than Christ-likeness. They (I should say, "we") have shifted not only our loyalty but also our hopes, to political and legal institutions relying upon legislative and judicial activism. Now, we are wringing our hands wondering how we could have lost the SCC case. I predict that we will see more erosion of those privileges in Canadian society that we think are our rights. What do we expect?

Perhaps this is our wake-up call – an invitation to repentance for a Church that (at least in part) has become entitled and self-important.

We need to move from wringing our hands to ringing true – being what we are called to be as followers of the Lord Jesus Christ.

I will continue this is in future posts, but for now, let me begin with one helpful concept, the concept of 'story'.

First, is the nature of the “world.” In the New Testament, the word “world” has a range of meaning including the physical planet (John 21:25) and humanity (John 3:16). It also refers to “the present condition of human affairs in alienation from and opposition to God” (Vine – see John 7:7; 1 John 2:15). The social order is part of the world in this latter sense.

As the SCC is part of our social order – the world that is alienated from and opposed to God – you may be disappointed by their decision, but you should not be surprised.

Second, in participating so fully in the “world” and playing by its rules, we tacitly live in the World’s story. This story is shaped and enforced by the dominant culture or power in which we live. Is there an alternate story?

It was Walter Brueggemann's The Prophetic Imagination that confirmed my understanding that God has an alternate story. For instance, at one time, the Israelites lived within the story shaped and enforced by Pharaoh's Egypt. Moses invited the Israelites to live in God's Story. Exodus is the "rest of the story."

So, in concluding (for now), I invite you to begin learning God's Story better by connecting with "Living God's 'Story' – two problems and a solution."