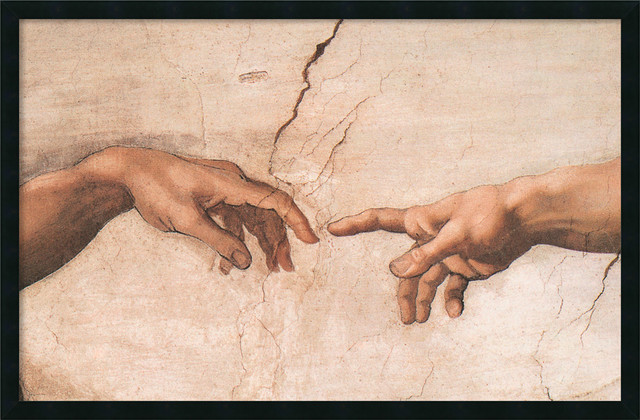 One author writes, “Everybody, whether conscious of it or not, has a relationship with God. The fact that you or I exist, or that anybody exists, testifies to the reality that we are in relationship with our Creator.”[1]

There are some who view God much like a watchmaker who wound up his creation and walked away. Contrary to this position called Deism, the God of Creation is not an absentee landlord. The Bible reveals the Creator as intimately present and powerfully active in his Creation. Let me confirm this in four ways.

First, God continues to be active in sustaining his Creation.

When Barnabas and Paul enter the city of Lystra, Paul heals a man crippled from birth. This causes a reaction among the inhabitants – they claim Barnabas and Paul are the Greek gods Zeus and Hermes (Acts 14:8-23). Contradicting this, Paul directs their attention to the one true God, the Creator who “did not leave himself without witness, for he did good by giving you rains from heaven and fruitful seasons, satisfying your hearts with food and gladness” (14:17).

This confirms what Jesus said: the Father who is in heaven “makes his sun rise on the evil and on the good, and sends rain on the just and on the unjust” (Matthew 5:45).

Whether a person is a follower of Jesus or not; just or not; good or not – the Creator generously provides sun and rain; food and gladness to all.

It is a strange reversal when humans blame God for things that go wrong, and accept his gifts without acknowledgment. “The LORD is good to all, and his mercy is over all that he has made” (Psalm 145:9); bad things happen because of sin’s distortion of God’s good Creation.

Second, God shows himself in and through Creation.

The Creation is not God as some allege (e.g., pantheists). God made the Creation. As such it is distinct and separate from him.

As a quality work of silver bears the silversmith’s hallmark, and a painting the artist’s signature, so Creation proclaims it is God’s handiwork.

"The heavens declare the glory of God, and the sky above proclaims his handiwork. Day to day pours out speech, and night to night reveals knowledge. There is no speech, nor are there words, whose voice is not heard. Their measuring line goes out through all the earth, and their words to the end of the world. In them he has set a tent for the sun, which comes out like a bridegroom leaving his chamber, and, like a strong man, runs its course with joy. Its rising is from the end of the heavens, and its circuit to the end of them, and there is nothing hidden from its heat."

Regarding people who ignore or reject God, Paul declares “the basic reality of God is plain enough. Open your eyes and there it is! By taking a long and thoughtful look at what God has created, people have always been able to see what their eyes as such can’t see: eternal power, for instance, and the mystery of his divine being. So nobody has a good excuse” (Romans 1:19-20; The Message).

Third, God has inscribed on our hearts a consciousness and yearning for him. As we have written before: we are each ‘image of God’ and are therefore wired for God.

"For when Gentiles, who do not have the law, by nature do what the law requires, they are a law to themselves, even though they do not have the law. They show that the work of the law is written on their hearts, while their conscience also bears witness, and their conflicting thoughts accuse or even excuse them on that day when, according to my gospel, God judges the secrets of men by Christ Jesus."

God has given us an inherent awareness of right and wrong.

Fourth, God demonstrates his love for us.

God has not abandoned or given up on humanity or his creation. He has chosen the costly way of redemption.  God loves his creation and all of humanity.

Again, it is written:

God’s ultimate expression of love toward the world – toward every culture – is in the act of giving his one and only Son, Jesus Christ, to live and die and rise from death so that, through Jesus Christ, every human being can experience reconciliation to God and his new life – the life of his kingdom.

So there are some expressions and actions of God toward Culture, and thus toward all of humanity: God provides generously, shows himself undeniably, and loves sacrificially.

Take a few moments to review your day, or week. What have you seen and experienced of God’s provision? What evidences have you had of God’s attributes from the witness of creation and conscience? What have you recognized as his love?

I encourage you to take a few more moments to thank him for each of these proofs of his presence and care.

Next week, let’s look at the other side of this dynamic relationship: what are some of the attitudes and actions of Culture toward God?

Photo credit: from Michaelangelo's "Creation of Adam" painted on part of the ceiling of the Sistine Chapel circa 1512.