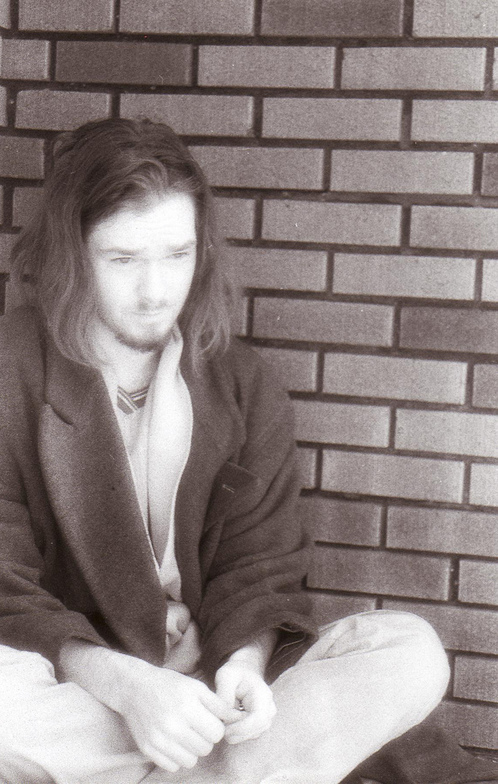 The psychologist told the patient, “I have some good news and some bad news.”

“The good news is you have a healthy self-image. The bad news is that it’s not based on reality.”

What's the self-image of your church?

I wonder how many local churches – Jesus communities – could be given the same diagnosis: a healthy self-image not based on reality.

One symptom supporting this diagnosis is how people leaving a local church are viewed and treated by those remaining. I'm not speaking of those who move to another city and church fellowship, or who go for other biblically-valid reasons. These are people who don't want to be part of that community anymore because they “wander from the truth.” Some may say, “Good riddance” while others may say, “Too bad.” What is most revealing is that those remaining in the community seldom do anything about these people. Their inaction speaks louder than words and demonstrates a callous lack of concern.

The letter that James wrote concludes with teaching directed to this situation, or something similar.

What does James say?

I’ve highlighted the text we’re exploring today as we reconnect with the letter that James wrote (James 5:13-20):

13 Is anyone among you suffering? Let him pray. Is anyone cheerful? Let him sing praise.  14 Is anyone among you sick? Let him call for the elders of the church, and let them pray over him, anointing him with oil in the name of the Lord.  15 And the prayer of faith will save the one who is sick, and the Lord will raise him up. And if he has committed sins, he will be forgiven.  16 Therefore, confess your sins to one another and pray for one another, that you may be healed. The prayer of a righteous person has great power as it is working.  17 Elijah was a man with a nature like ours, and he prayed fervently that it might not rain, and for three years and six months it did not rain on the earth.  18 Then he prayed again, and heaven gave rain, and the earth bore its fruit.  19 My brothers, if anyone among you wanders from the truth and someone brings him back,  20 let him know that whoever brings back a sinner from his wandering will save his soul from death and will cover a multitude of sins.

What is the issue? It is people leaving a Jesus community, a local church, because they “wander from the truth.”

Who is addressed? This is a call to all “my brothers and sisters”; all other participants in that Jesus community. This is not a call limited to the leaders of that community.

What is the action needed? In James’ words, it is to bring back a sinner from his or her wandering.

How do we do this?

In the immediate context, Elijah is our illustration. James has pointed us to the example of this ancient prophet – a person with “a nature like ours” – as a model of righteous living, effective praying, and turning people away from error. In the midst of the Elijah-narrative is the dramatic confrontation on Mount Carmel (1 Kings 18:17-40).

With few exceptions, the whole northern nation of Israel had wandered from the truth: they were worshipping false gods and living lives that flowed from such false worship.

What's at the heart?

Elijah came near to all the people and said, “How long will you go limping between two different opinions? If the LORD is God, follow him; but if Baal, then follow him.” And the people did not answer him a word.

Elijah’s challenge puts the presence and power of the LORD squarely before the people (18:22-24):

Then Elijah said to the people, “I, even I only, am left a prophet of the LORD, but Baal’s prophets are 450 men. Let two bulls be given to us, and let them choose one bull for themselves and cut it in pieces and lay it on the wood, but put no fire to it. And I will prepare the other bull and lay it on the wood and put no fire to it. And you call upon the name of your god, and I will call upon the name of the LORD, and the God who answers by fire, he is God.” And all the people answered, “It is well spoken.”

The prophets of Baal had used every opportunity to demonstrate the presence and power of their god – and failed.

Now it was Elijah’s turn. After Elijah had made all the preparations, he prayed: “Answer me, O LORD, answer me, that this people may know that you, O LORD are God and that you have turned their hearts back” (18:37).

Then the fire of the LORD fell and consumed the burnt offering and the wood and the stones and the dust, and licked up the water that was in the trench. And when all the people saw it, they fell on their faces and said, “The LORD, he is God; the LORD, he is God.”

Confession was made, and a nation was saved.

What can we learn from this to inform and empower our own lives?

1. Elijah was faithful. He was loyal to the LORD: living righteously and praying effectively. In this regard, it is healthy for us to conduct a regular personal diagnostic check of our own hearts and actions toward our Lord.

I encourage you to read “4 Dynamics of Repentance.”

2. Elijah cared. He cared for the honor of his God and the condition of God’s people. Elijah's heart for God and His people would not allow him to be callously indifferent; Elijah was compelled to act.

If the question is asked, “Am I my brother’s [or sister’s] keeper?” – James and Elijah answer with a resounding “Yes!”

3. Elijah risked. He risked all in his willingness to stretch beyond his experience of the absolute faithfulness and integrity of the LORD. In doing so, Elijah put his own life on the line by confronting the prophets of Baal and calling God’s people to turn their hearts back to the LORD.

4. Elijah loved, accepted, and forgave. Immediately after their confession, Elijah called these people of God to live as the people of God – without recrimination, without probation, without doubting. After all, he had “a nature like ours” and, no doubt had personally experienced the love, acceptance, and forgiveness of the LORD.

So the questions for you are:

Here are a few concluding remarks from some of the commentators consulted for this series:

“All of us should constantly be striving to allow God to remake us increasingly into his consistent, faithful, truly human image-bearers that he initially created humanity to be.” (Craig Blomberg)

“A community taking its lead from James can indeed be a “kind of firstfruits’ of God’s creatures (1:18).” (Luke T. Johnson)

“With this note of grace and forgiveness he ends his work.” (Peter Davids)

And so, I pray that we all – as individuals and communities – be better equipped and encouraged to be living toward wholeness.