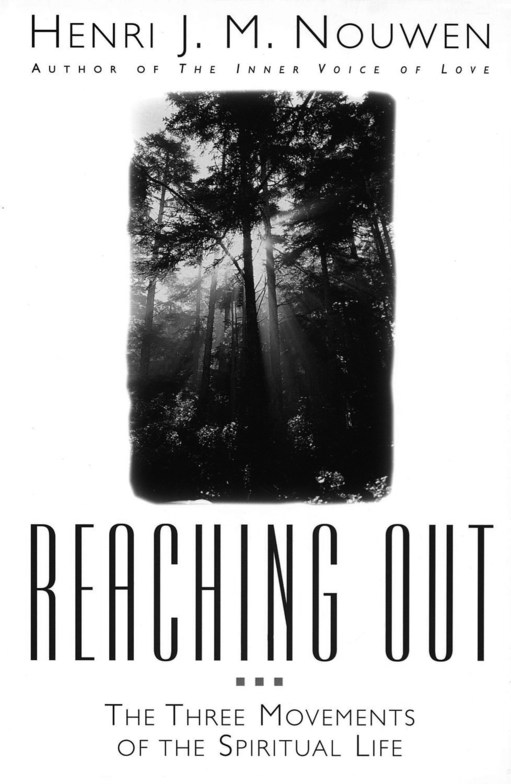 I've completed this, my first Nouwen book, with the conviction that I waited far too long to begin reading this author!

Reaching Out is a simple, straightforward, deep, and dense treatment of the inward, outward, and upward movements of the spiritual life.

The inner movement (from loneliness to solitude) involves letting go of expectations from others, and being willing to be alone. Once contentment is found there, one can act in accordance with his/her deep desires, rather than reactively and impulsively.

The outer movement (from hostility to hospitality) follows from the inner movement. If we can avoid being desperate and impulsive, we can focus on others - and create free, receptive space for them to grow.

Nouwen compares hospitality to parenting - not clinging or controlling, but enabling one's development and departure. He adds that church should not be a place of coercion and conformity, but feeding. Pastors should be not people with answers, but people who are able to listen.

Nouwen claims that the upward movement (from illusion to prayer) undergirds the other two. We must identify and release illusions such as the "immortality of our stuff," and certain dreams and expectations. Instead we must strive for true reality in prayer, while also receiving it as a gift.

Nouwen recommends listening to Scripture, spending alone time with God, and having a spiritual guide. He also mentions developing a "heart prayer" through meditation/repetition, as well as communal prayer, which keeps us from becoming too narrow and sectarian.

All in all, you might not agree with every little point by Nouwen, but such an approach would be missing the point. Nouwen's strength is in his balanced perspective, where he somehow is able to present both sides of every issue on a consistent basis. He follows his own advice - he is heartfelt rather than reactionary, welcoming rather than divisive, and God-focused rather than oriented toward some lesser goal.

A must-read, for anyone with an appetite for soul-searching.