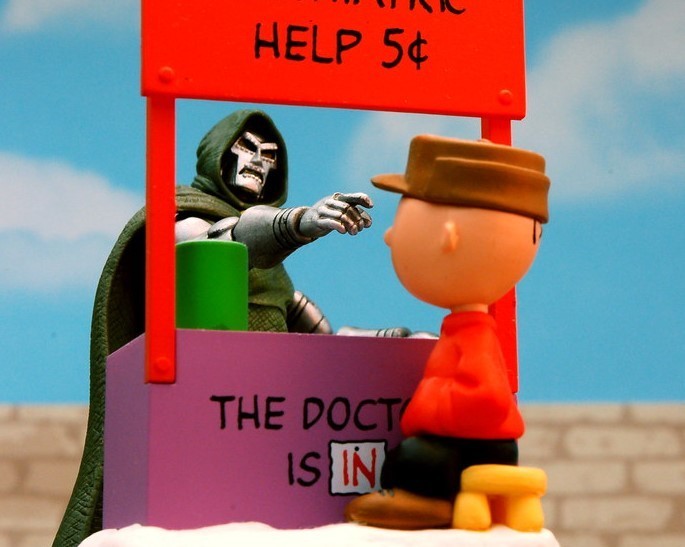 When it comes to seeking good counsel, we should get it from the best and wisest people we can. How can we discern who to ask, and who not to ask?

The previous post explored why we need good input, and when we should seek it. This post will begin answering the question of who: from whom we should, and should not, seek wise counsel.

The Book of the Psalms opens with a stark contrast between two sources for navigating life (1:1-2):

Blessed is the man

who does not walk in the counsel of the wicked

or stand in the way of sinners

or sit in the seat of mockers

But his delight is in the law of the LORD,

and on his law he meditates day and night.

Perhaps for us, the contrast is not so black and white. Not everyone who offers counsel is wicked. Following the order in Psalm 1, this post will focus first on the kind of people not to ask for counsel or advice.

1. The spirit of the world

A young unmarried man asked his father whether it was okay to “sleep” with a woman. After a pause, the father responded with, “I don’t see that as a problem.”

As a Christian, his son regretted taking his advice.

The father’s advice is common enough in our world and our cultures, it is informed by the spirit of the world. In 1 Corinthians 2:6-16, Paul contrasts the “spirit of the world” and the “Spirit who is from God.” At 2:12 he writes:

We have not received the spirit of the world

but the Spirit who is from God,

that we may understand what God has freely given us.

As for our illustration, those who “delight in the Law of the Lord” understand that sexual relations of any kind belong within the marriage covenant of a man and a woman, and only within that relationship. For instance, 1 Corinthians 6:12-20 warns against sexual immorality stating:

Flee from sexual immorality. All other sins a [person] commits are outside his [or her] body, but he [or she] who sins sexually sins against his [or her] own body.

More generally, does this mean that we should never accept advice from those who do not know and follow the God revealed as Jesus Christ? If they are not Christians, do we avoid their advice no matter how well-trained and able they may be—whether at practicing law or medicine, raising a family, or whatever? For example, we may receive legal advice that correctly sets out the state of the law, and the options available to us. But how do you use that advice? The lawyer may have recommended a particular course of action that may, or may not, be God’s best.

My recommendation is that any advice gained from “the spirit of the world” should always be considered in light of “the Spirit who is from God.” In our earlier example, the young man would have been directed to God’s best when he considered his father’s advice in the light of the Spirit’s wisdom in texts such as 1 Corinthians 6:12-20.

So, beware of taking advice from the spirit of the world.

Those who are untested include the inexperienced and the immature.

Continuing in 1 Corinthians 3, the apostle writes to Christians who are quarreling among themselves and exhibiting jealousy and other negative traits. He describes them as infants. Referring to their immaturity, he writes:

Brothers [and sisters], I could not address you as spiritual but as worldly—mere infants in Christ. I gave you milk, not solid food, for you are not yet ready for it. Indeed, you are still not ready.

In fact, though by this time you ought to be teachers, you need someone to teach you the elementary truths of God's word all over again. You need milk, not solid food! Anyone who lives on milk, being still an infant, is not acquainted with the teaching about righteousness. But solid food is for the mature, who by constant use have trained themselves to distinguish good from evil.

It is a sad commentary that people who have been Christians for decades are stuck in immaturity as followers of Jesus. They are still drinking milk when they should be teachers and trained to distinguish good from evil; right from wrong; God’s best from the rest.

The category of the untested can be expanded to those who manifest anger, bitterness, envy, greed, and so forth. Perhaps they have been hurt and manifest their injury through anger or bitterness. These manifestations are symptoms that they are still hurting; they have not healed and grown scars. We shouldn’t look for counsel from those with an ongoing grievance.

I’m reminded of Proverbs 16:31 – “Gray hair is a crown of splendor; it is attained by a righteous life.” Having wrinkles and white hair does not necessarily equate to the ability to offer wise counsel. Do you discern their character as godly; their life as righteous? Do they bear the scars of being tested and refined?

So, beware of taking advice from the untested, inexperienced, immature, and hurting.

Sometimes, we hear the term “enabler” used of a person who makes possible, even encourages, negative or destructive behavior in another. For example, a person may enable alcoholism in another person. This same term can be used for those who provide counsel and direction.

For instance, it is possible a supporter, encourager, ally, even a counselor, mentor, or spiritual director, enables a person to remain unchanged, rather than grow, or if necessary, undertake radical redirection in life (i.e., repent).

Some enablers may be well-meaning. They like you too much or want you to avoid what may be a difficult, even painful, decision—a decision which you need to make. The enabler may be acting in what they view as your interests, but they are not acting in God’s best interest for you.

Not all enablers are well-meaning. Consider Jezebel’s advice to Ahab in 1 Kings 21.

King Ahab wanted to acquire the vineyard of one of his subjects, Naboth. Naboth refused to sell, so Ahab “lay on his bed sulking and refused to eat” (21:4). Jezebel, Ahab’s wife, said to him (21:7):

“Is this how you act as king over Israel? Get up and eat! Cheer up. I’ll get you the vineyard of Naboth the Jezreelite.”

Jezebel then orchestrated false accusations against Naboth leading to his execution. This resulted in Jezebel’s further instructions to Ahab (21:15):

So, beware of taking counsel from an enabler.

A biblical story of a manipulator is portrayed by an old prophet who lies to a “man of God” with the intent of getting that man to visit his home and eat. You can read about this in 1 Kings 13.

Here's another illustration. A person comes to mind who usually wanted to have a coffee or lunch with me one-on-one. Typically, he was silent when others were around. It took me some time to discern his modus operandi which was to use those one-to-one times to manipulate me to do what he wanted or to collect information to advance his agenda. His tactic is to control; his purpose is to serve his own interests.

A more benign subset of the manipulator is the recruiter. You have probably met those who attempt to recruit others for their own pet ideas, projects, organizations, and causes.

So, beware of manipulators.

Do you have stories to tell about guidance offered that was not God’s best?

Can you add to my list of types of people from whom we should not take advice?

In the next post, we’ll introduce the kinds of people from whom you should seek wise counsel.