The Dangers of Wealth 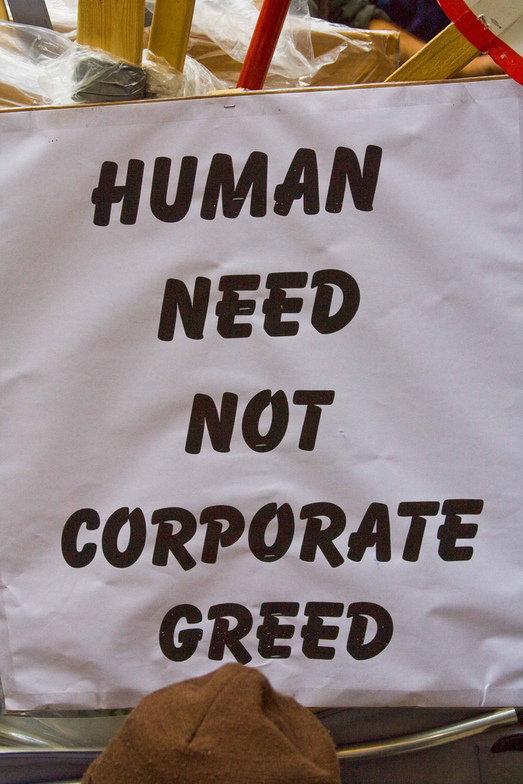 Our cultures lust for riches and idolize the rich. As we are each immersed in a culture, I suspect each of us is more sold out to wealth, finances, and possessions than we realize.

Many, if not most, reading this post are probably part of the wealthier 20%. That means, on average, you or I consume 50 times more goods and services than a person in the poorer 20%. In other words, what some people consume over two months is used up by us in just one day.

As members of the richest 20%, what power does our prosperity have over us – shaping and controlling our attitudes and behaviors? How does our affluence influence our view and treatment toward others?

In many countries, people live on a “24-hour cycle.”

Living on a 24-hour cycle means basic survival. “Success” is measured by getting through one more day with one meal for each family member without sickness or some other catastrophe. What poverty!

Now imagine these people engaging in back-breaking labor from dawn to dusk for rich landowners – and then not being paid. This is the picture of oppression painted by James.

The rich get richer; the poor get poorer. Where is God in all this? Where is God’s justice in the face of such unbridled greed and oppression?

Warning to the rich

There are dangers in wealth. Among other things, it lulls the rich into a sense of self-importance and insulation from the realities of life and accountability.

With frightening tones of outright hostility, James calls out: “Come now, you rich, weep and howl for the miseries that are coming upon you” (James 5:1).

In case you question my phrase “frightening tones of outright hostility,” Earl Palmer writes: “James gives frightening words of alarm and warning for any person who is tempted toward the corrupt use of the power that goes with financial wealth.” Add to this Luke Johnson’s words: “the tone of straightforward hostility is remarkable.” There is a deep condemnation of those who use their financial power to oppress the poor.

The rich on trial

Imagine a courtroom scene. The rich are on trial.

Evidence of their guilt is obtained from their own treasuries, investments, and bank accounts. Again we hear James summarizing the evidence against them (5:2-5):

Your riches have rotted and your garments are moth-eaten. Your gold and silver have corroded, and their corrosion will be evidence against you and will eat your flesh like fire. You have laid up treasure in the last days. Behold, the wages of the laborers who mowed your fields, which you kept back by fraud, are crying out against you, and the cries of the harvesters have reached the ears of the Lord of hosts. You have lived on the earth in luxury and in self-indulgence. You have fattened your hearts in a day of slaughter.

They have amassed great riches while others have lived in abject poverty. Wages were unpaid resulting in oppression and grinding poverty. They lived in luxury while others starved. Their stockpiled treasures eventually rot and corrode doing no one any good.

What is in store for these rich people? At their trial, their hoarded wealth eats their flesh “like fire” (5:3); the unpaid wages cry out against them (5:4).

Where do you stand?

This oppressive mentality of the rich exists throughout the world. Wealth has a way of convincing the wealthy they are entitled to do whatever they want. It’s expressed in the “golden rule”: whoever has the gold makes the rules!

For instance, a land developer contracts trades. The trade people complete the work, providing their labor and materials. Because of his financial power, the developer doesn’t pay the trades on time. He then squeezes them until they are forced to accept less than the contracted amount. If the trade person doesn’t accept, he is bankrupt. These practices can exist where we live.

What is the Judge’s verdict?

The rich people condemned by James are likely not Christians, but a follower of Jesus is not immune to the influences of wealth.

But what of the poor, the oppressed, what are they to do to move toward wholeness? In this context, the oppressed are referred to as “righteous” leading to the conclusion that James is speaking specifically of the poor who are followers of Jesus.

In the next post, we will move into the plight of these oppressed poor. How are they to live and act in the face of such oppression? But before we move on, here are some reflective questions to explore how you and I hold and use our wealth, finances, and possessions.

No one can serve two masters, for either he will hate the one and love the other, or he will be devoted to the one and despise the other. You cannot serve God and money. (Matthew 6:24)

What is Jesus saying about money, or ‘Mammon’? How does money, or the pursuit of money, control your life? How does it shape your attitude toward others?

As for the rich in this present age, charge them not to be haughty, nor to set their hopes on the uncertainty of riches, but on God, who richly provides us with everything to enjoy. They are to do good, to be rich in good works, to be generous and ready to share, thus storing up treasure for themselves as a good foundation for the future, so that they may take hold of that which is truly life. (1Timothy 6:17-19)

Based upon our opening statistic, many (if not most) reading this post are considered rich. How is the Lord calling you to hold and use your wealth, finances, and possessions? What does it mean to be haughty, or to set your hopes on the uncertainty of riches? How difficult is it to be generous and ready to share – and why? How do you determine with whom and what to be generous – and why?