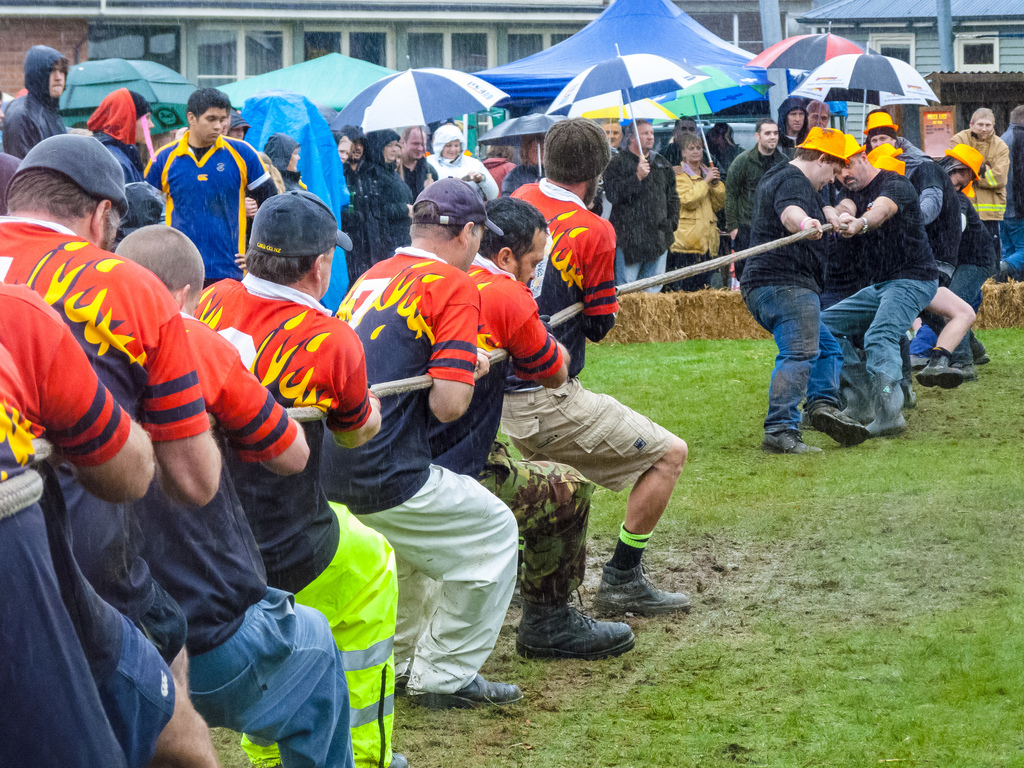 An older couple was appalled. They were part of a conversation in which we were discussing some of my research at the intersection of congregational leadership and congregational conflict. Their view was that all conflict was wrong and destructive; it had no place in a healthy congregation.

Perhaps some reflection on Acts 6:1-7 will transform that view.

The scene opens with interpersonal conflict. In the daily distribution of food, visiting Grecian widows were being neglected in favor of the local Hebraic widows. As a result of this inequity, the Grecian group “complained against” the Hebraic group. Another rendering is “there were rumblings of discontent” (NLT).

Too often conflict is toxic, but it can produce wholesome results.

How can we better understand conflict in order to experience its wholesome results, and avoid its toxicity? I want to break this huge question into smaller segments in the next few posts.

Let’s begin with a definition.

We will focus on interpersonal conflict; that is, conflict between individuals or small groups. There are other forms of conflict including intra-personal (within a person) and role conflict.

A preliminary definition of interpersonal conflict is disagreement between interdependent people concerning an actual or perceived incompatibility of needs, ideas, beliefs, values, or goals.

Such disagreement has three basic elements: interdependence; incompatibility; and, issues.

Needs, ideas, beliefs, values, and goals are the cluster of issues intended to include anything that can be a point of conflict between two parties.

If people ‘need’ food and there is not enough, conflict arises. If two people contradict each other on a matter of ‘belief’ in, say, politics or religion, there is disagreement. We could dig deeper and ask why a person or group holds to certain issues – that’s for another post.

What was the issue in Acts 6? How important or negotiable was it?

Incompatibility occurs when two parties realize they cannot both satisfy their issues. This realization may not be accurate, but at least there is the perception that it is.

How would you describe the incompatibility between the two groups in Acts 6? Was it real or perceived?

Interdependence refers to the relationship between individuals or groups. Some relationships are closer than others; some are voluntary, others involuntary. They range from husband and wife; to friends, co-workers, and neighbors; to fellow-citizens of a community, country, or planet who are strangers.

Usually, the closer the relationship the greater the interdependence.

In conflict interdependence may be modified or destroyed. A spouse becomes distant; a friendship ends; one party is killed. If there is a commitment to maintain and strengthen the relationship then the issue or the incompatibility probably needs change.

What level of interdependence existed between the Grecian and Hebraic groups of Acts 6? How close was their relationship?

Assessment of the elements

Interpersonal conflict invites the parties to deal with at least one of these three elements.

If nothing changed, the conflict in Acts 6 had the toxic potential to divide the young Christian community along cultural, if not ethnic, lines. Instead, the community was strengthened and expanded.

How was this accomplished?

In this situation, there was an implicit understanding that interdependence was non-negotiable. There is nothing in the text to suggest the Hebraic group intended the neglect of the Grecians. Under the leadership of the Twelve, the people acknowledged the issue (i.e., the ‘need’ for food) and adjusted the dynamics that caused the incompatibility (i.e., intentionally engaging seven qualified men).

There is much more to learn about conflict.

For now, how does this analysis of the interactive elements of interdependence, incompatibility, and issues equip you to better understand the dynamics of interpersonal conflict?