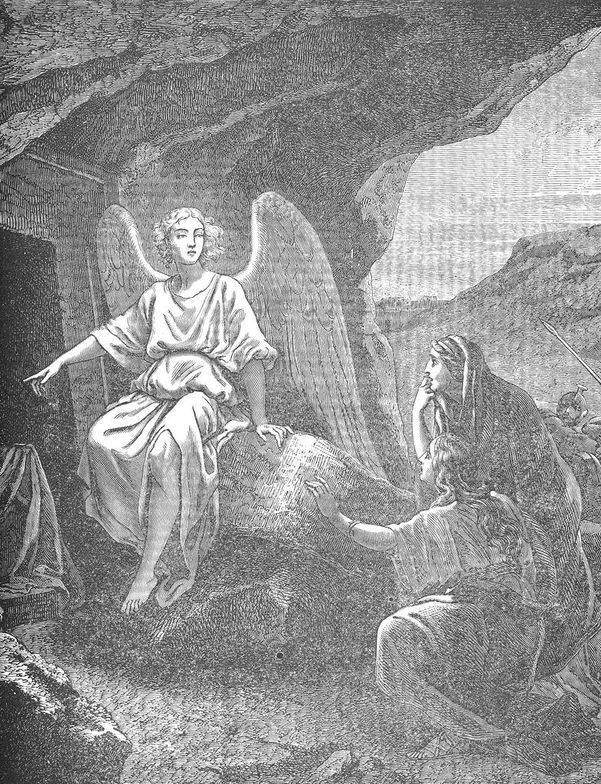 How can it be “Good” if Jesus was crucified on that Friday?

That was something I found contradictory. The crucifixion of Jesus was bad, wasn’t it?

If it was a Friday at all is not the issue. What happened that day is.

Take a moment to read Matthew’s account of the crucifixion, death, and burial of Jesus Christ on that day (Matthew 27:27-66).

From the perspective of the Jewish and Roman authorities, the crucifixion of Jesus was an expeditious way of ridding themselves of a problem and a powerful demonstration of their control – or so they thought.

To those controlling the Jewish ‘story’, Jesus was a troublesome figure with messianic pretensions. He challenged and contradicted their cultural and religious status quo – their control of the relationship between God and people.

To those controlling the Roman ‘story’ Jesus was a rebellious subject with royal pretensions. He challenged and contradicted their military and political status quo – their control of the relationship between the Empire and people.

So, together, these unlikely allies conspired to crucify Jesus and retain control of their respective ‘stories’ – their power to shape the actions, understandings, and imaginations of the people – and through those ‘stories’ the way people lived life and loved God.

So at the end of that day, they had crucified Jesus and sealed his dead body in a tomb. They had used the full extent of their power – they couldn’t do anything more. They had killed and disposed of Jesus, the man who didn’t fit their ‘reality’ – their ‘stories’. For them, it was a “good” day.

There was another ‘story’ being told – God’s ‘Story’. That’s the ‘story’ we’ve been following since the beginning in the Historical Backbone of the Bible.

God is present and active – despite the other ‘stories’ of empires, religions, nations, corporations, or any other entity with imperial pretensions.

God’s ‘Story’ breaks the rules set by the other ‘stories’. For the others, death is the end.

Take another moment to refresh your memory about what happens next (Matthew 28:1-20).

Let me relate God’s ‘Story’ by pointing out two words that are used in Matthew’s account of the resurrection. In English the word is “tomb” – but it translated two different Greek words.

The first occurrence of “tomb” is in Matthew 28:1 – “After the Sabbath, at dawn on the first day of the week, Mary Magdalene and the other Mary went to look at the tomb.”

Here the word “tomb” renders the Greek word taphos meaning a place where a dead body is buried.

These two women approached the tomb in which the dead body of Jesus had been laid three days earlier. Their hearts were heavy with sorrow – perhaps laden with doubts and questions.

This place where the body of Jesus was laid was a symbol of the victory of the Jewish and Roman ‘stories’.

As we read the next verses the unexpected occurs – events from God’s ‘Story’ burst in upon the other ‘stories’ and show them for what they are: thin, fragile, hollow shells; human attempts to displace God and His ‘Story’.

A violent earthquake, and then an angel of the Lord coming down from heaven, rolling away the stone sealing the tomb, and sitting on the stone. You can almost feel the ease with which God crushes the ‘stories’ that thought they were so right and so powerful.

The angel declares reality – the ‘Story’ of God – “Do not be afraid, for I know that you are looking for Jesus, who was crucified. He is not here; he has risen, just as he said. Come and see the place where he lay. Then go quickly and tell his disciples: ‘He has risen from the dead’ ...”

“The women hurry away from the tomb” (28:8). Here the word “tomb” translates a different Greek word – mnēmeion being a place of memorial – it is a symbol of the Victory of God!

How did the women respond?

“The women hurried away from the tomb, afraid yet filled with joy, and ran to tell his disciples. Suddenly Jesus met them. ‘Greetings,’ he said. They came to him clasped his feet and worship him.”

How should we respond?

This is not just good – it’s great!