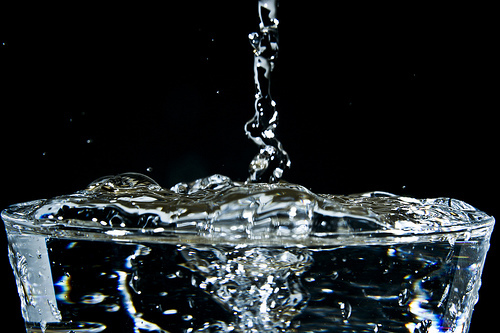 How do you experience genuine renewal in worship?

And how do you recognize it?

In “3 Steps for Eliminating Idols,” you were introduced to Asa, a king of Judah (ca. 911-870 BC). In that post, we presented the first two “R’s” for rooting out idols: Recognition and Removal. The third is Renewal.

Asa’s actions are related to us in 2 Chronicles 15. You will want to read the chapter to get the whole picture.

As we walk through this healthy upheaval, we’ll focus on Asa – but watch what the people do as well.

As an individual, Asa is not only renewing his own heart to worship, but also influencing the hearts of those around him.

Here are four of my observations and insights on Asa – four elements of worship renewal – you may have more.

Asa listened carefully and responded immediately to what God was saying through the prophet.

God takes the initiative in moving us toward renewal. Our part is to respond to His initiative.

Your response begins with an attentive heart. That’s a heart that expects God to speak, and is paying attention. Are you listening?

Primarily, we “hear” God by “listening” to what He is saying in and through Scripture. The Spirit of God also speaks through others, and through circumstances. This takes a discerning heart and will not contradict the Bible.

Today, research demonstrates that most people are not regularly reading the Bible (click here for the resource, “Historical Backbone of the Bible”). If we are not listening attentively to God’s word, how can we expect worship renewal?

Are you reading the Bible and “listening” for God with an attentive heart?

There was no need for Asa to search for the “Lord’s will” or to “drum up support” – it was time for action!

His first deed was to “remove the detestable idols from the whole land,” followed by “repair of the altar of the LORD” in the Temple (2 Chronicles 15:8). We dealt with the removal of idols in the earlier post “3 Steps for Eliminating Idols.” Let’s touch on Asa’s repair of the altar.

The altar was a divine point of contact between God and Israel. During the time of idolatry, God’s altar had been abused and neglected.

Asa repaired the altar as the focal point of the nation’s sacrifices and worship.

Through Jesus … let us continually offer to God a sacrifice of praise – the fruit of lips that confess his name. And do not forget to do good and to share with others, for with such sacrifices God is pleased (Hebrews 13:15-16).

What do you need to do to repair and renew this “altar” in your life?

By “attractive,” I mean that Asa’s life was like a magnet, attracting others who yearned to experience true worship.

Asa’s life became a catalyst for renewal in the lives of others.

He assembled all Judah and Benjamin and the people from Ephraim, Manasseh and Simeon who had settled among them, for large numbers had come over to him from Israel when they saw that the LORD his God was with him (2 Chronicles 15:9).

Granted, he was the king, so he could command people to assemble in Jerusalem. But there were two reasons why the people came – and it was not about reluctant obedience to a sovereign’s order.

First, the people came because of their own desire for renewal. Their ultimate responses confirm this. For instance, “they sought God eagerly, and He was found by them” (15:15).

Asa’s actions in response to the Lord touched a responsive chord in the hearts of the people.

Second, people from the northern kingdom of Israel were defecting from that idolatrous nation and traveling to the Temple. At great sacrifice, they were choosing to come to Jerusalem. Their reason: “they saw that the LORD God was with [Asa]” (15:9).

How can your life express renewed worship and influence the hearts of others?

Asa’s heart was fully committed to the LORD all his life. He brought into the Temple of God the silver and gold and the articles that he and his father had dedicated (15:17b-18).

Where had the “silver and gold and the articles” been during the period of idolatry?

In the past, these treasures had been dedicated to the Lord. It seems they had been removed from the Temple at some earlier time. Where had they been kept?

Had they been dedicated to some idol? Were they lying in someone’s treasury? We’re not told – but clearly, they were not being used in the service or worship of the one true God.

Renewal in worship changes our use of wealth, finances, and possessions.

This reminds me of the first mention of “worship” in the New Testament (Matthew 2:11).

The Magi came to the house in which Jesus, as a child, resided.

They saw the child [Jesus] with his mother Mary, and they bowed down and worshiped him.

Note what happens next:

Then they opened their treasures and presented him with gifts of gold and of incense and of myrrh.

What, or who, we worship determines what or who receives our treasures! If God has your heart, He also has your bank account.

What does the use of your assets say about your worship?

As I reflect on Asa’s responses to the Lord and these four elements of worship renewal, I’m convicted about things that need to change in my own life. What about you?

FORWARD TO Your Life as Worship

BACK TO Uprooting Idols in Your Soul