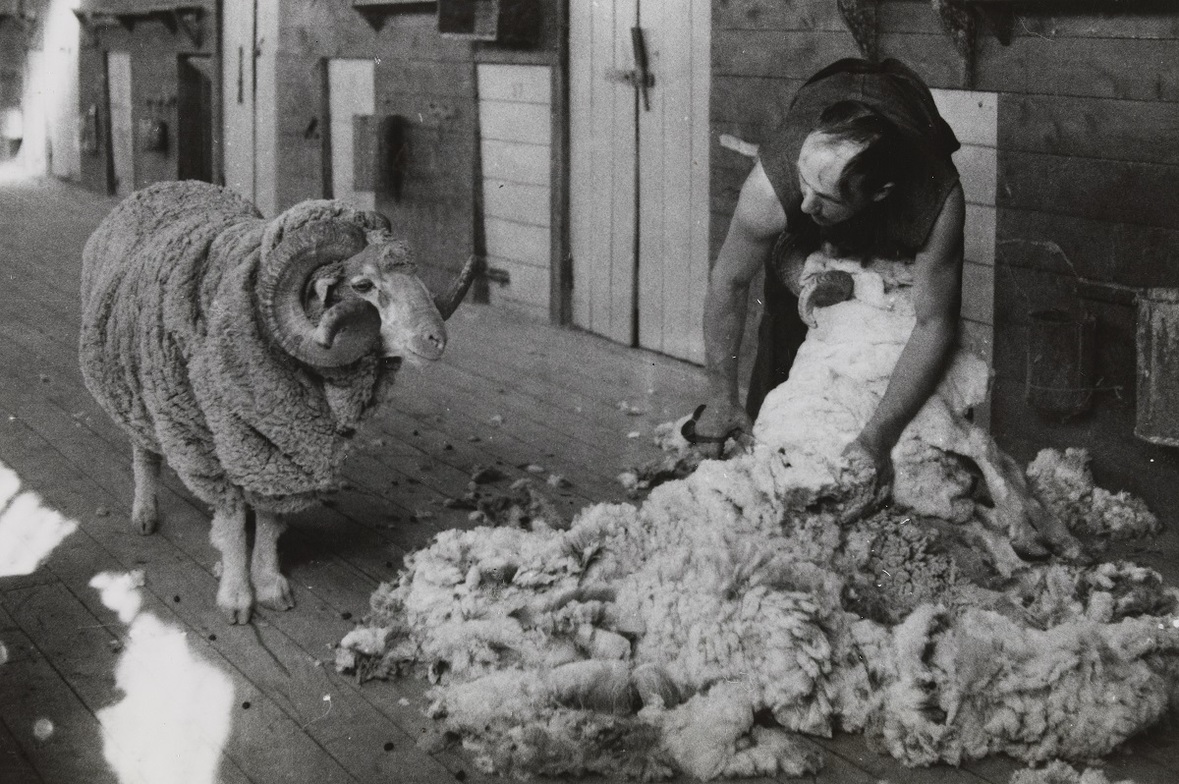 Have you ever heard someone say, “I’ve put out a fleece to see what God wants me to do”? Perhaps you’ve even done it yourself.

Is this biblically valid, or God-honoring, for a follower of Jesus?

What is the meaning of putting out a fleece?

If you’re a city-dweller, you may not know what a fleece is.

Colorado State University describes a fleece as “the wool from a single sheep in the shorn grease state.”

In Questions New Christians Ask, Barry Wood gives us a modern example of putting out a fleece:

A fleece has come to mean a type of divining rod for knowing God’s will. Suppose you want to know if God wants you to take a certain job tomorrow. All right, you give God a fleece. You say, “God, if it doesn’t rain tomorrow morning. I’ll take that as a sign that you want me to have that job.”

This is just one example. There is an endless number of other requests and tests that may be considered “putting out a fleece.”

Some may push back and say, what about Gideon? He did it, and he was a hero of the faith?

Let’s look at this episode from the life of Gideon.

The chapter begins with a statement about the condition of the Israelites (6:1):

Again the Israelites did evil in the eyes of the LORD, …

“Again” tells us this was not the first time.

God makes known his will to Israel (including Gideon) by a prophet who reminds them of God’s gracious deliverance of their ancestors from Egypt—the historical event of the Exodus (6:7-10). Then God makes his will known to Gideon, personally, by the “angel of the LORD” (6:11-22).

The angel of the LORD makes it abundantly clear that “The LORD is with you [singular, referring to Gideon], O valiant warrior” (6:12).

Gideon is ignoring the obvious. Is he that blind to the judgment that “the Israelites did evil in the eyes of the LORD”? (6:1)

Again, Gideon is ignoring the obvious. Is he that deaf to the message of the prophet that the LORD sent? (6:7-10)

The LORD then said, “Go [singular] in the strength you [singular] have and save Israel ... am I not sending you [singular]?” If this last statement is a question, it’s rhetorical. One translation (NRS) renders it: “I hereby commission you [singular]” (6:14). Again, the singular is a reference to Gideon, personally.

In one response after the other, Gideon apparently ignores what God is saying and asks for a sign (6:17). Gideon then brings an offering, and “fire flared from the rock consuming [Gideon’s offering] of the meat and the bread” (6:21). Is this sign not enough for Gideon?

As you read, listen to what God is saying to Gideon and what Gideon is saying in reply. How do you assess Gideon’s request for the two fleece tests? Is Gideon reasonable, or not?

Later, after the Lord has clearly said, “Go … I hereby commission you” (6:14), Gideon dares to say to God, “If you will save Israel by my hand as you have promised …” (6:36). This statement is full of contradictions. We can only conclude that Gideon hears and understands what God is saying, but he doesn’t believe God or his promise.

Now Gideon wants God to give him some signs on his [Gideon’s] terms. First, is laying out a sheep fleece at night. In the morning he wants the ground to be dry, and the fleece wet from the dew. God does it (6:36-38).

Next, he wants it the other way around: make the ground wet and the fleece dry. (6:39-40). Again, the Lord accommodates Gideon.

Remember the water-shedding qualities of a fleece? Although Gideon does not accept God’s word, somehow, these two signs (finally) convince Gideon of God’s sovereign control over basic natural processes.

I suppose we should ‘cut some slack’ for Gideon. After all, it seems that God was giving Gideon a commission without any warning and asking him to do something beyond his human abilities.

There are similarities between the commissioning of Moses (Exodus 3-4) and Gideon. God gave Moses a commission without any warning and asked him to do something beyond his human abilities. See: “5 ways we resist God.” Moses was full of excuses, yet he ultimately obeyed and was used by God to deliver a nation. Likewise, Gideon is full of tests, yet he also obeys and is used by God to deliver a nation.

All the same, Gideon should not have tested God with his fleeces—nor should we.

Here are five essential factors I’ve been learning from this episode in Gideon’s life.

Are we not the same?

Our God desires that we live in His Story. Yet if we do not know—or listen to—God’s Story, we cannot live His Story.

How can we know God’s Story so we can live it?

Check out the series the “Historical Backbone of the Bible” and get started with listening to God’s Story.

Reading Judges 6, we hear how much God promised Gideon. I was struck by Gideon’s lack of trust and belief in what God said.

If Gideon listened better—or listened at all—he would not have felt the need to insist that God pass Gideon’s tests.

Do you trust what God says?

This point follows from the first two factors.

A phrase occurs in Romans 1:5 and 16:26—the “obedience of faith.” Obedience is the exercise faith. I suppose the opposite is also true: disobedience is unfaithfulness.

What I mean here is that we need to expect that God wants us to do something beyond our human capabilities.

To expect God’s presence, power, and faithfulness in your limitations means putting aside your excuses, responding obediently, and living out what God desires of you—even if it is more than you are capable of alone. But as followers of Jesus, we are not alone. The Holy Spirit—God Himself—dwells within each of us.

Be open to being stretched beyond your abilities. God is ready, willing, and able!

If God is asking you to do something, He believes you can do it. He provides all the resources needed to accomplish the task. Gideon, Moses, and a myriad of others are proof.

Writing to Christians, Paul puts it this way in 1 Thessalonians 2:13:

What can you add? Let me know by contacting me here.

BACK TO 5 qualities of a wise counselor