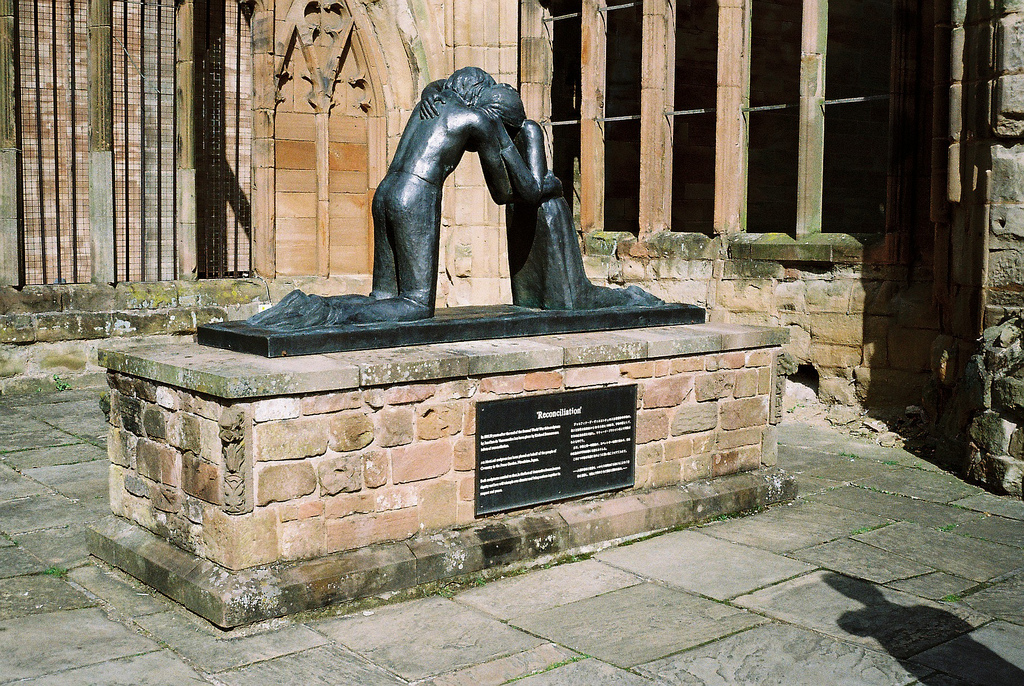 What is an ambassador?

You may picture a distinguished white-haired person in formal clothing. Perhaps a colorful sash draped over a shoulder and across the chest. The surroundings are rich and elegant. The conversation muted with a background of chamber music. Add to that immunity from parking tickets.

This may be the life of an ambassador a small part of the time.

In our modern world, we understand an ambassador to be “an accredited diplomat sent by a state as its permanent representative in a foreign country,” or, more generally, “a representative or promoter of a specified activity”[1] (e.g., she is a good ambassador of her sport). This is a helpful basis upon which to understand what Paul means by an ambassador. In one of the only two times this word is used in the New Testament, he writes (2 Corinthians 5:18-21):

"All this is from God, who through Christ reconciled us to himself and gave us the ministry of reconciliation; that is, in Christ God was reconciling the world to imself, not counting their trespasses against them, and entrusting to us the message of reconciliation. Therefore, we are ambassadors for Christ, God making his appeal through us. We implore you on behalf of Christ, be reconciled to God. For our sake he made him to be sin who knew no sin, so that in him we might become the righteousness of God."

Before we expand on what it means to be an ambassador for Christ, let’s observe a few points that may help us live in that place of wholesome tension between faithfulness to God and relevance to Culture.

First, God is the initiator of reconciliation.

In simple terms, reconciliation is restoring a broken relationship. We use the term for a married couple who are separated from each other. When they are reconciled, they have come back together – their relationship has been restored.

In the case of humanity, we are alienated and estranged from God until we experience reconciliation with God. It is not God being reconciled to us, but us to God. This reconciliation involves a full restoration of a person’s whole being with the God in whose image we have been created.

Second, this reconciliation is accomplished in and through Christ alone.

We live lives that are broken and distant until our relationship with God is restored in and through Jesus Christ. In Christ is all that is needed to satisfy fully the absolutes of our humanity.

It is in and through Jesus Christ that God has secured this reconciliation. God did not, and cannot, simply sweep our sins under the rug. Such a “disregard for human sinfulness would be an expression not of love but of transcendent indifference. What has changed, then, is not God’s fundamental disposition toward mankind, but rather his means of dealing with sinfulness which has caused the state of estrangement.”[2]

And so reconciliation is offered freely to every human, and is experienced by each one who receives this gift.

Third, God entrusts the message of reconciliation to followers of Jesus.

I suspect that a strict interpretation of the text leads us to conclude that, in the first instance, this “trust” is given to Paul and his apostolic partners. Yet I cannot escape the conviction that every follower of Jesus has received this privilege and responsibility.

In the original language (Greek) “message” translates logos, “word.” This indicates the verbal nature of this “message.” But the life and behavior of the messenger do much to commend or to undermine this message. Last week, as I corresponded with one of our blog readers, this point was made. I was reminded of Francis of Assisi: “preach the gospel at all times, and when necessary use words.”

Fourth, we are ambassadors for Christ. Again, this probably refers specifically to Paul and his apostolic partners – but are not all followers of Jesus ambassadors for Christ as well? And, if this is true, how does the imagery of ambassador help us in living in that place of wholesome tension between faithfulness to God and relevance to Culture?

When we consider the metaphor of an ambassador we should include such issues as representation, authority, and mission.

Representation means that we are looking out for the interests of someone else. In the case of ambassadors, they represent nation states, not their own interests. We are “ambassadors for Christ,” not our own interests. His interests are the reconciliation of humanity to Himself.

Reflection: What does it mean for me (in any given situation) to be representing the interests or agenda of Jesus Christ, rather than my own interests and agenda? What needs to be changed in the way I think, speak and act to make this representation more authentic?

Reflection: What is this authority that has been delegated to me as a follower of Jesus? How is this authority to be understood and used? Consider situations and texts (and their contexts) such as destructive behavior in a community of Christians (Matthew 18:17-19), leadership (Mark 10:42-45), making disciples (Matthew 28:18-20), being a child or a parent (Ephesians 6:1-4), and being an employee (in their cultural context, a bondservant) or an employer (Ephesians 6:5-9). How should authority delegated by Jesus inform and shape how I behave and speak?

In addition to what has already been said, there is another intriguing and important aspect of an ambassador’smission. The ambassador has a role in promoting and demonstrating the ‘culture’ and life of his or her sovereign and ‘country’. In international circles a nation’s ambassador may dress in his or her national clothing, and promote that nation’s art, music, language, food, and industrial products.

What does this look like for ambassadors of Christ? How do we promote our ‘country’ – the Kingdom of God – in foreign countries dominated by 21st Century cultures of empires such as American or Chinese or European consumerism and militarism?

Walter Brueggemann notes that for the ‘resident’ of 21st Century Western culture(s) “the dominant scripting of reality … is rooted in the Enlightenment enterprise”[3] and, for the most part, this scripting text is embraced and lived by its ‘residents’ without an awareness of their text and its intentions, and without the imagination that another reality (i.e., the reality of the kingdom of God) exists. In other words, we often dance to culture’s tune without being aware there is other (and better) music.

What happens when an ambassador refuses to “dance to a culture’s tune” and “dances to the music of the kingdom of God”? The ambassador for Christ is viewed as subversive. After all, is it not subversive when: (1) we value human life on a basis other than economic productivity or political expedience; (2) we recognize God as the maker and sustainer of all Creation; (3) we act in love toward our enemies, including those who reject the message of reconciliation?

Reflection: Today, what did I do or say that acted out the ‘scripted story’ of the kingdom? How were my actions or words subversive to the culture in which I live? In other situations, what could I have done or said differently that would have been more ‘in tune’ with being an ambassador for Christ?