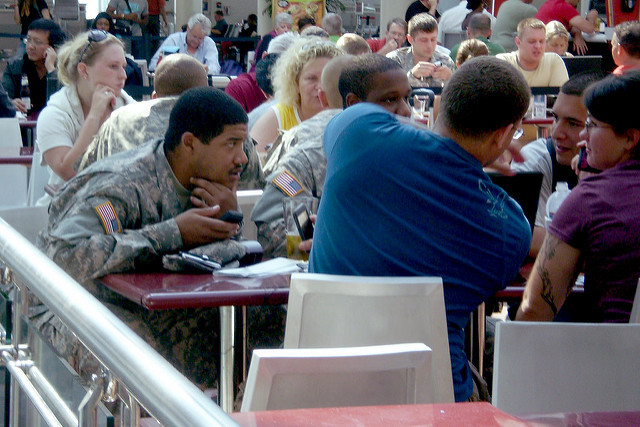 God has a big goal for you.

What is that 'big goal', and how do you discover it?

To answer these questions, we need a common starting point.

It doesn’t matter whether you are an atheist or a Hindu; a secular humanist or into “spirituality”; a follower of Mohammed or a follower of Jesus. As humans, we all share some absolutes. Click link to read "Three Absolutes."

What are these absolutes?

2.    The “image” we bear has been distorted or marred. As a result, our humanity has been diminished. (Genesis 3);

3.    We all sense that we have been made for something more; that life is not as it could be.

If God does nothing, we all die, and that’s that. As much as our culture seeks to ignore death, it is another absolute we all share ("When Death Comes Knocking").

If death is the end, God’s creative design and ultimate purposes have been frustrated. Creation – and the God who created it – would be failures.

We need to define this term, “god.”

It seems that everyone has some conception of what they mean by "god" – even atheists. Most often, it is a god of our own imagination and creation; a malleable thing or concept we shape as something to make us feel good.

These personalized or institutionalized conceptions of a "god" are next to useless – even harmful.

When encountering the confusion and vagueness of “god-talk,” Eugene Peterson writes that “the term ‘Jesus’ is useful as it gathers all the diffused vagueness into a tight, clear, light-filled focus.”

In short, God self-disclosed himself as Jesus Christ. This means that any valid understanding of God must be consistent with his self-revelation as Jesus of Nazareth. You can read more about this in the series “Who is Jesus?”

Jesus is the declaration that neither God, nor his Creation, are a failure.

Jesus Christ is God’s declaration of His bold love for all of us. The well-known text of John 3:16 conveys something of this:

For God so loved the world that he gave his one and only Son, that whoever believes in him shall not perish but have eternal life.

Jesus defines this “eternal life” in these terms (John 17:3):

Now this is eternal life: that they may know you, the only true God, and Jesus Christ, whom you have sent.

Eternal life is not a religion, a code of ethics, a list of rules, or an institution.

Eternal life is knowing “the only true God, and Jesus Christ.”

Does any of this make a difference?

Consider the life-journey of someone like C. S. Lewis.

As an atheist, C. S. Lewis (like Bertrand Russell) “came to believe in the meaninglessness of life and that we need to build our lives on the basis of ‘unyielding despair’."

“In the Trinity Term of 1929 I gave in, and admitted that God was God, and knelt and prayed: perhaps, that night, the most dejected and reluctant convert in all England.”

This was not a mindless leap of faith, but a reasonable and necessary act of humility.

Did it make a difference to Lewis’ quest for the purpose of life?

"I believe in Christianity as I believe that the sun has risen: not only because I see it, but because by it I see everything else."

Building upon the absolutes we share as humans; the revelation of God in Jesus Christ; the ancient text of the Bible; and, the experiences of fellow-humans such as Lewis, we can identify a starting point for our conversation.

Of course, you may disagree with any, or all of these, reference points. If that is your position, then you'll miss the conversation.

In simple, yet profound terms, the starting point is Jesus Christ. Click the link for "3 Differences Jesus Makes."

I am not arguing the starting point, I'm simply identifying it. From that vantage point, I believe you will see everything else.

In the next post we'll continue the conversation and explore whether God has a big goal for you, and if so, what it is.

Will you join the conversation?