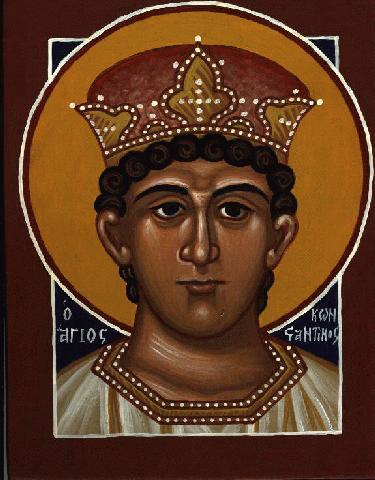 Years after graduating from high-school, she came across her old year book. Sitting down, she began to look at the pictures and captions. She was surprised by the flood of emotions experienced as she remembered people, places, and situations – she smiled at some, cringed at others. Reflecting on how she felt, she realized how much of what she was feeling was linked to memories of acceptance or rejection. She remembered one incident in particular in which she had denied who she was as she joined others to ridicule another. Back then it seemed the thing to do; now she felt ashamed.

Unloved, worthless, empty, useless, angry, hopeless, lonely, down – these are just a few of the possibilities.

Valued, appreciated, respected, loved, cherished, affirmed, prized, esteemed, encouraged – again, these are just a few of the possibilities. It feels great to be “in.”

We crave acceptance. In fact, we are often willing to give up who we really are in order to belong.

In the times of the twelve apostles, followers of Jesus experienced resistance and rejection from the dominant cultures. They lived and proclaimed the Kingdom of God and that challenged the power and privilege of Jerusalem and Rome.

Even in the environment of resistance and rejection, the good news of Jesus Christ was having powerful effects within cultures. Transition statements in the book of Acts demonstrate the power to change lives – often in the context of religious, political, and economic persecution:

About 250 years later there was a big shift. In 313 AD, the Roman Emperor Constantine (272-337 AD) issued the Edict of Milan, officially legalizing Christian worship. By the Edict of Thessalonica (380 AD), the Roman Empire officially adopted ‘Christianity’ as its state religion.Was that a good thing or not?

Most persecution of Christians ceased. They had gained official acceptance – but it came at a high cost. Church officials acquired temporal powers in conjunction with state officials. These officials began to legislate and govern states, declare and fight national wars, accumulate and control massive treasuries.

In many ways, the official ‘Church’ might say it was now more relevant to culture – but could it say it was faithful to God? Had the ‘Church’ yearned for acceptance so strongly that she had denied who she was in order to belong?

At this point you may say, “So what? This all happened centuries ago – what difference does it make to us?”

Constantine's legacy remains with us in the form of ‘Christendom’ – so-called Christian privilege sustained by the power of the state.

Walter Brueggemann, a current American theologian, confirms this when he writes:

"Not unlike the Jerusalem ideology of chosenness or the [Roman] imperial ideology of hegemony [i.e., domination], pastors in U.S. churches live and work amid the American ideology of the National Security State. That ideology, massive in its influence but seldom lined out in a specific way, assumes U.S. exceptionalism, that is, that the United States is a special case in human history that is not subject to the ordinary conventions of life in the world. That exceptionalism assumes that we are, by right, an especially privileged, entitled people, blessed by God in peculiar ways. We are thereby given preeminence in the world and are entitled to more than our share of the world’s goods in order to sustain an unparalleled and unsustainable standard of living. That exceptional privilege permits, requires, and legitimates unparalleled military strength, both in order to control markets and resources around the world, and to propagate the truth of “democratic capitalism” all over the world, including parts of the world that are not amenable to that ideology. The pastoral reality is that this ideology of privilege sustained by power is so pervasive that it is the air we breathe and the water in which we swim."[1]

This “privilege sustained by power” seems to be a major platform for many North American Christians. Is this platform consistent with faithfulness to the God revealed as Jesus Christ?

Before you stop reading, or think me a heretic, please understand that I am not speaking about the need to live and speak out the good news of Jesus Christ wherever and whenever we live. I am challenging the presumption that Christians are entitled to be privileged participants within culture. This sense of entitlement or privilege causes many of us to rely upon the power of ‘Caesar’ rather than the power of the God and Father of our Lord Jesus Christ. In short, it undermines living as we should within that wholesome tension of faithfulness to our God and relevance to our Culture. Polls become more important than prayers; leverage more than love; reign more than righteousness.

Christendom is largely dismantled in Canada – more so than the United States, but less than Western Europe.Is that a good thing or not?

I believe it is an opportunity.

The book of Acts begins with Jesus telling his followers,

“‘you will receive power when the Holy Spirit has come upon you, and you will be my witnesses in Jerusalem and in all Judea and Samaria, and to the end of the earth.’ And when he had said these things, as they were looking on, he was lifted up, and a cloud took him out of their sight.” Two men or angels then inform the disciples that “This Jesus, who was taken up from you into heaven, will come in the same way as you saw him go into heaven.” (Acts 1:8-9, 11)

They received power (i.e., the Holy Spirit); they knew their purpose (i.e., to be witnesses of Jesus everywhere); they were given a promise (i.e., Jesus will return) – what more could they need? The rest of the book is about ordinary people doing extraordinary things. Christians, like you and me, live for Jesus in the power of the Holy Spirit in different cultures – cultures as diverse as Jerusalem and Rome – and make an impact upon the world for the Kingdom of God.

I suspect we have much to learn from our Christian brothers and sisters who have never known entitlement or privilege within their cultures – in countries such as North Korea, China, Indonesia, Nigeria and Egypt.

Reflection: In what ways have I denied who I am as a follower of Jesus to be accepted by others? How do I manifest a sense of privilege as a Christian within my culture? What do I need to change in my attitudes and actions to be more faithful to my God and more relevant to my Culture?