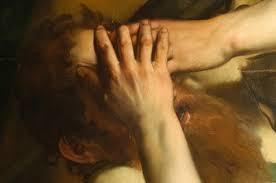 “What is a Christian?”

How would you answer this question? For me, I thought it would be easier to answer. Pat answers using “christian-ese” don’t work in our culture, especially with prevailing misconceptions, indifference, and animosity toward “things Christian.”

Some might react to this question with hate, fear, or distaste alleging Christians are the source of judgment, conflict, or harm. Others may respond that it’s an irrelevant, if not silly, question. After all, who cares about Christians or Christianity at all!

Then there are those affiliated with other “faiths” including agnostic, atheist, Buddhist, Hindu, Mormon, Muslim, Sikh, or spiritual person – whatever that means.

You’d expect a clear answer from those claiming to be Christians – but their answers can be disappointing. You may recall an earlier blog in which I related a conversation with a fine lady of the ‘old school’ who was a devout member of a mainline Christian denomination. Her answer included knitting socks for the Ladies’ Auxiliary (click here for that blog).

As Christians are one of the crucial participants in our exploration Christ and Culture, it is important that we have a solid answer to the question: “What is a Christian?” Does the Bible provide us an answer?

You might find it surprising that the word “Christian” is found only three times in the Bible:

1.     Acts 11:26 – When Barnabas had found Saul of Tarsus (later named Paul), “he brought him to Antioch. For a whole year they met with the church and taught a great many people. And in Antioch the disciples were first called Christians.”

Darrell Bock states that “called” is probably an intransitive passive expression. In simple terms, the Greek grammar indicates the disciples received the name “Christians” from others.[1]

This statement is made by a king sitting in judgment upon Paul. The term is probably used with derision or sarcasm.

Writing to followers of Jesus experiencing persecution, Peter encourages them to live faithfully for Christ and relevantly for their culture. Commenting on 1 Peter 4:12-19, Peter Davids suggests that the title “Christian” was probably “a term of abuse, for those they perceived as in some way committed to a person called ‘Christ,’ either due to their open confession or their life-style (e.g., avoidance of behaviors listed in 4:3).”[2]

What is a Christian? Let me attempt to cut through cultural misconceptions encrusting the word “Christian” and give a short, biblical answer. My answer has three elements.

First, a Christian has had a conversion. Conversion is not a popular word in a religious context, yet we use it often in sports and money. In money or currency exchange, for example, we talk about converting Canadian dollars into American dollars. This transaction is an event in which a certain asset (e.g., $1,000 Canadian dollars) is changed from one currency to another.

When a person believes in Jesus Christ, that person is declaring a change of loyalty. This is an event in which that person is changed, or converted, from being “in Adam” and all that means to being “in Christ” and all that means. Numerous examples of conversion events are recorded for us in the book of Acts (e.g., the Minister of Finance for Ethiopia; Saul of Tarsus (Paul); Cornelius, a Roman army officer). For some, like Timothy, there may not be a dramatic conversion experience; nevertheless, an event of conversion takes place at some point.

Jesus talked about this event in terms of a “new birth.” Like physical birth, this “new birth” is not the end or goal; it is the beginning of a new and different kind of living (John 3:1-21).

Second, a Christian’s life is characterized by a direct link to the One True God self-revealed as Jesus Christ. Here are three manifestations of that link:

A Christian believes certain things about Jesus Christ. Such facts about Jesus include his incarnation and deity (i.e., God becoming the human named Jesus); his crucifixion and death for sin; his physical, bodily resurrection on the third day after his death; his future return to the earth. Such elements drawn from the Bible and history ensure that the object of understanding and trust for a follower of Jesus is the real Jesus, not some counterfeit (see blog series “Who is Jesus?”).

A Christian manifests the love of God toward others. John states that “We love because he first loved us. If anyone says, ‘I love God,’ and hates his brother, he is a liar; for he who does not love his brother whom he has seen cannot love God whom he has not seen” (1 John 4:19-20).

A Christian lives life in a manner consistent with Jesus Christ. Again, John writes “By this we may be sure that we are in him: whoever says he abides in him ought to walk in the same way in which he walked” (1 John 2:5b-6).

Two things to keep in mind: (1) these characteristics of true Christian life are not the way in which one gets right with God – these are not the cause of “new life” – they are the results of new life; (2) Christians are not perfect – they’re forgiven! Followers of Jesus are a strange combination of flawed humanity – distorted images of God – and “new life” in Christ.

Here’s another text written by the apostle John that is so transparent about the imperfect life of Christians (1 John 1:8-10):

Third, a Christian is indwelt by the Holy Spirit. Paul is clear on this: “Anyone who does not have the Spirit of Christ does not belong to him” (Romans 8:9b).

My point is that for Paul the Spirit alone distinguishes believer from nonbeliever. God’s people have the Spirit, and are by that very fact “spiritual” (= Spirit people), while others are not, nor can they be “spiritual” in any meaningful (for Paul) sense of that word, precisely because they lack the one criterion for “spiritual” life, the Spirit of the living God.[3]

Having acknowledged some misconceptions about Christians, and some characteristics of Christians, let’s ask the question again: “What is a Christian?”

Christians are a peculiar kind of human. On one hand, they share with all of humanity the reality of being distorted images of God. On the other hand, they experience something of the new humanity “in Christ.”  A Christian has “new life” but experiences temptation, failure, pain, and eventually death – just like other humans.

Christians – with all their (sometimes sordid) pasts and their flaws of character – are indwelt by the Holy Spirit. God himself takes up residence in each Christian. As such each follower of Jesus is – either really or potentially – a point where humans can experience the presence of God. You might think I’m going too far here – am I?

A Christian is (or should be) a bridge of flesh – bone, blood, and soul – between earth and heaven.

It is no wonder followers of Jesus – Christians – are crucial participants in our exploration of Christ and Culture, and that they experience tension between faithfulness to God and relevance to Culture.

Photo credit: From the "Conversion of Saul" by Michaelangelo (ca. 1601)