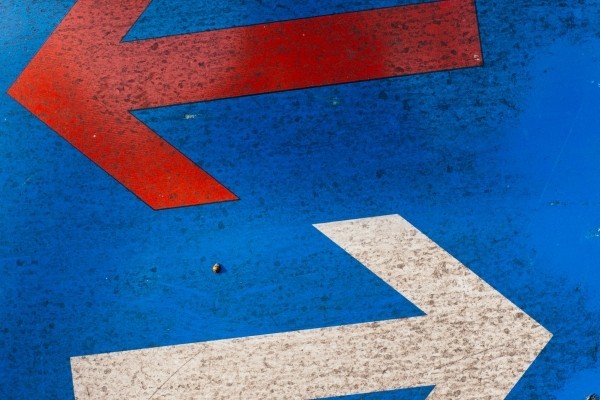 Can you guess what it is?

It begins with 'R' and has either six or ten letters.

It's not normally spoken in polite conversation.

At the mention of it, people usually recoil.

Still can’t get it?

It's 'repent’ or ‘repentance’.

Why is it unpopular?

As a boy, I remember hiking through some undeveloped lands. Painted on some of the tree trunks was ‘repent’. Whoever defaced those trees seemed strange – a bit ‘off’ – to me.

Maybe you imagine the word ‘repent’ being used in an old-fashioned, harsh, and irrelevant religious setting. So you dismiss it.

Possibly you associate ‘repentance’ with condemnation. It makes you uncomfortable.

Before we throw out the words – and the concept of – ‘repent’ or ‘repentance’, perhaps we should re-examine what they mean.

I’m suggesting that a proper understanding of ‘repentance’ is, among other things, wholesome, grace-filled, and restorative.

What does it mean?

In the two biblical languages there are words translated as 'repentance' or its variations more than 70 times. Two of the main words are the Hebrew shub which means to turn, or return, and the Greek metanoia which means a change of mind, or thinking differently about something.

Dr. Harry Ironside proposes that to repent is "to change one’s attitude toward self, toward sin, toward God, toward Christ."

That is a good start, but let's flesh it out a bit.

What does it include?

Repentance isn’t just about a person’s attitude. It's about a change of mind, emotion, and will.

1.         Mind – As we’ve seen already, one word translated ‘repentance’ is metanoia – a Greek word that incorporates the word for mind or intellect (nous). It seems the Greeks understood that a mental change was a necessary element of repentance.

Until that change of mind (a metanoia) takes place, there is no movement in the process of forgiveness toward rebuilding the damaged or broken relationship. In essence, the unchanged attitude about the wrong affirms the wrong.

2.         Emotion – The biblical languages also include an emotional dimension of regret or remorse in the concept of repentance.

The Hebrew word nacham “seems to reflect the idea of ‘breathing deeply’, hence the physical display of one’s feelings, usually sorrow, compassion, or comfort” (Theological Wordbook of the OT).

Job, nearing the end of his trial, uses this word when he says: “I despise myself, and repent [nacham] in dust and ashes” (Job 42:6). This conveys something of Job's depth of emotion as he responds to the LORD.

In the New Testament, Paul links sorrow with repentance when he writes (2 Corinthians 7:9-10 NLT):

It’s worth noting that the emotion of sorrow does not necessarily equate with repentance – it may simply be a sorrow over getting caught. However, genuine repentance will be accompanied by sorrow, regret, or remorse.

3.         Will – a third component of repentance is a determination to change and to take steps to set right what that person has done wrong.

We see this act of the will – and its resulting change – in the Lord’s words to Solomon (2 Chronicles 7:14):

if my people who are called by my name humble themselves, and pray and seek my face and turn [shub] from their wicked ways, then I will hear from heaven and will forgive their sin and heal their land.

We have a New Testament example in the parable of the two sons (Matthew 21:28-32). When the father asked the first son to go and work in the vineyard he said “I will not,” but he later “changed his mind [regretted it (NASB) – metamelomai] and went.”

This determination to change was a matter of the will.

What do you take-away?

What is the opposite of repentance?

What is it that keeps you and me from coming face-to-face with our wrongs, and doing what is right?

I’m thinking it could be a host of things – none of them virtuous: self-justification, callousness, stubbornness, pride, intransigence, and similar heart conditions.

Take a moment to consider a situation where you may have said something inappropriate, or done something hurtful, to someone.

Do you need to:

‘R’ is for change that is wholesome, grace-filled, and restorative.