Restitution: what is it; why it matters 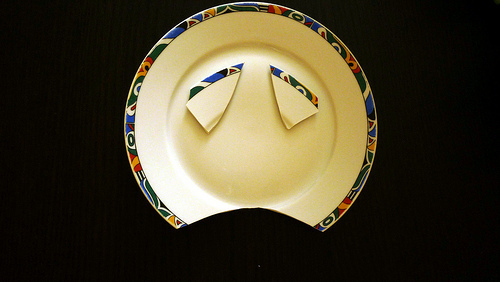 When was the last time you thought about restitution?

It's probably been a while, if not longer.

A tale of restitution

He told me that as a teenager he had changed the price sticker on model airplane kit in a store. He then took it to the till. The cashier questioned the amount, but the young thief confirmed the sticker was right.

Years later, the young man recalled the incident and knew he had to do something about it. He couldn’t let it pass.

He returned to the store and spoke with the manager. He told his story, confessing it was wrong and wanting to make amends.

In response to the manager's question, the young man estimated he had stolen $5.00 which, back then, was a couple of hours’ labor.

“Pay that amount to a charity and we’ll call it even.”

Relieved the young man left the store. He deposited $5.00 into the Salvation Army kettle that year – and, if I understand correctly, every year since.

The young man's act of restitution was necessary for at least three reasons. We'll come back to why.

We explored repentance in a previous post. This rich gift was defined in terms of a change of mind, emotion, and will toward self, toward sin, toward God, toward Christ.

We also dealt with confession which, in simple terms, was designated as 'repentance in words' – the expression of one’s heart-change of repentance.

I describe restitution as 'repentance in works'.

Our English-language Bibles use some evocative words to speak of restitution.

In the Hebrew of the Old Testament, the usual word for restitution is shalēm. It is a derivation of a word you probably know: shalom.

Shalom is often understood as “peace,” but it’s far more than that. One Hebrew dictionary states that shalom has the general meaning of “completion and fulfillment – of entering into a state of wholeness and unity, a restored relationship.”

The word translated restitution (shalēm) also means repaying – making the other person whole again – whether financially or otherwise. It is like restoring the pieces of a broken plate to the completeness of a whole plate.

In the New Testament, the Greek word apodidōmi conveys the idea of restitution. Literally, it means “giving back.”

Taking these words together, restitution is giving back to someone to make them whole.

In the agrarian society of ancient Israel, laws for restitution existed for such things as injury or death of people or livestock, theft, and damage to crops (Exodus 21:28-22:17).

For instance, if a person stole from another, the thief “must pay sevenfold, though it costs him all the wealth of his house” (Proverbs 6:30-31).

In the New Testament, terms such as “pay back” and “restore” are used for restitution.

A scene involving a tax collector, Zacchaeus, is a case in point. This is his interchange with Jesus (Luke 19:8-9):

Zacchaeus stood up and said to the Lord, "Look, Lord! Here and now I give half of my possessions to the poor, and if I have cheated anybody out of anything, I will pay back four times the amount."

Jesus said to him, "Today salvation has come to this house, because this man, too, is a son of Abraham.”

How do we make restitution?

Restitution is not an outmoded, irrelevant concept. It just isn’t taught very much.

Here are three insights into what restitution may look like for us:

1.       If a person has stolen or damaged something, then genuine repentance is expressed not only by words of confession, but also by works of repayment to make the other person and their property whole again.

2.       In many cases, people have a policy of insurance to cover loss or injury to property or people. If you cause damage or injury while driving a car, your responsibility does not end with reporting it to your insurance company.

My position is that genuine repentance includes your cooperation with the insurance company to ensure that the injured party is properly compensated for the loss and injury. This means telling the truth and ensuring the result is just and equitable.

Think of an incident in which a drunk driver kills a child, or a person commits adultery. How did David make restitution for his adultery with Bathsheba, or the murder of her husband (2 Samuel 11)? How can money make a grieving family whole again? How can money restore marital infidelity?

Usually, the results of our sin have a permanent impact on others.

Sin is like driving a nail into a piece of wood. Repentance and confession are like the nail being removed – yet, the hole remains.

Why is restitution necessary?

Here are three reasons why restitution is necessary:

As we have seen, for the victim, restitution restores a measure of wholeness. To the extent possible, the victim is repaid or compensated for the injury, damage, or loss caused by the offender.

For the offender, restitution can also restore a degree of wholeness. In some way, as repentance is expressed in works, a healing begins in the life of the offender.

Restitution is evidence of genuine repentance for all to see. It reveals something of a heart that is being harmonized with God’s desire for wholeness and peace.

Recall Jesus’ response to Zacchaeus’ commitment to restore what he’d stolen: "Today salvation has come to this house …” The tax collector's pledge evidenced a newness of heart.

The youthful thief in our opening story had learned a lesson that was reinforced when he made restitution. He never wanted to repeat that wrong.

Is there restitution you need to make?