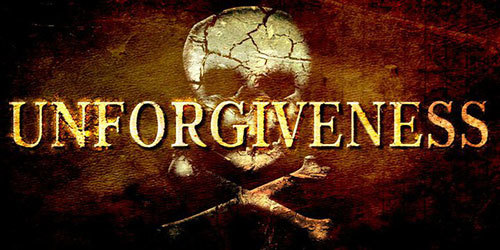 He knew he was wrong and he told her.

But no matter what he said or did, she refused to forgive him.

I’ve heard this tale too many times. The injured person will not forgive you – even after you've done everything to obtain forgiveness for your wrong.

What can you do?

The model of forgiveness

[T]he kingdom of heaven is like a king who wanted to settle accounts with his servants. As he began the settlement, a man who owed him ten thousand talents was brought to him. Since he was not able to pay, the master ordered that he and his wife and his children and all that he had be sold to repay the debt.

The servant fell on his knees before him. 'Be patient with me,' he begged, 'and I will pay back everything.'

The servant's master took pity on him, canceled the debt and let him go.

The servant doesn’t dispute he owes the money; he asks for time to pay. At first, we may not see how ludicrous his request is.

The amount owed is astronomical. A talent was equivalent to 6,000 denarii; one denarius was a day’s wage for a common laborer. This means the servant owed 60,000,000 denarii; an amount roughly equivalent to 200,000 years of wages.

Despite the enormity of this debt, when the servant makes his plea, the king responds by freely forgiving the entire debt – an immense and costly act of grace. Such is the forgiveness of God.

But when that servant went out, he found one of his fellow servants who owed him a hundred denarii. He grabbed him and began to choke him. 'Pay back what you owe me!' he demanded.

His fellow servant fell to his knees and begged him, 'Be patient with me, and I will pay you back.'

But he refused. Instead, he went off and had the man thrown into prison until he could pay the debt.

Note the actions of the first servant: he found – he grabbed – he choked – he demanded. This man reveals nothing of the grace and forgiveness he experienced from the king.

The indebted servant uses words almost identical to what the first servant spoke to the king. Yet the response is disgracefully different.

Instead of forgiveness, the first servant responds with merciless retribution.

What is your reaction to this situation?

Retribution upon the unforgiving

Something must be done!

Then the master called the servant in. 'You wicked servant,' he said, 'I canceled all that debt of yours because you begged me to. Shouldn't you have had mercy on your fellow servant just as I had on you?'

In anger his master turned him over to the jailers to be tortured, until he should pay back all he owed.

Jesus concludes with this pointed lesson:

This is how my heavenly Father will treat each of you unless you forgive your brother from your heart.

What does this mean for a person who will not forgive?

In The Parables of Jesus, Arland Hultgren proposes that such a person “lost not only the forgiveness that he had received; his debt is back on his shoulders, and he must now face torture, which will no doubt lead to a premature death.”

Another offers that the unforgiving servant was “shut up in the prison of his own unforgiving heart.”

If you’ve done all you can to communicate your repentance to a person you’ve offended or injured, and that person refuses to forgive you – what can you do?

Here are three practices for you:

This presumes you have spoken your repentance to God as we have described in “Why confess to God?” and “Two responses to a forgiveness dilemma.”

Once you have confessed to God, you are forgiven by God. Then you move to confess to the person you've offended, and seek his or her forgiveness so the damaged relationship can be repaired.

If the other person refuses to forgive you, rest in God’s forgiveness: “blessed is the one whose transgression is forgiven” (Psalm 32:1).

Be assured the Lord is aware of the situation.

Also, others (like the 'other servants' of the parable) may be aware of the of forgiveness withheld.

Leave it with the Father. Just as Jesus taught, the Father will deal with it.

Don’t allow discouragement, bitterness, pride, or a host of other reactions to settle in.

As we described in “Love is Active," keep your heart in that place where you can do good, bless, and pray for the one who withholds forgiveness

Photo credit: I was unable to attribute this image to its creator. If you know either the creator or the source of this image, please let me know via the "Contact" tab.