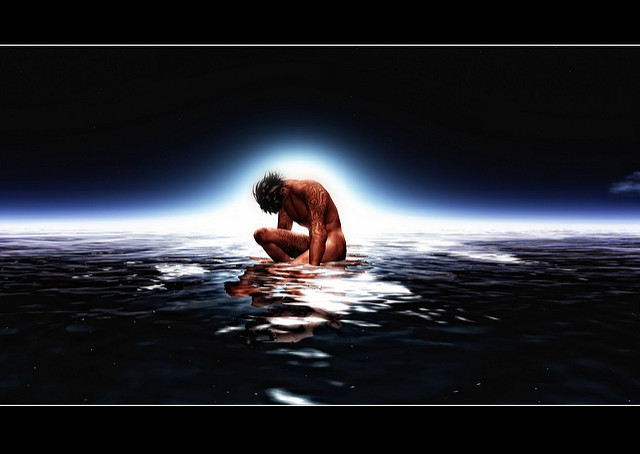 Afterwards, he wrote a psalm revealing the turmoil of his heart. Psalm 51 is there for all to see.

“David, where do you get off saying this?”

Uriah was a loyal and honorable soldier in David’s army. David committed adultery with Uriah’s wife. He then contrived Uriah’s death – in essence, murdering him. Throughout, he betrayed the trust of a nation (2 Samuel 11).

What about Uriah, his wife, and Israel?

What is included in sin against God?

Despite my puzzlement, I came across other texts directing confession to God in situations where humans had been wronged.

Do you recall the confession of the prodigal son?

We highlighted his deep change of heart in 4 Dynamics of Repentance. The prodigal had wronged and abandoned his father. Upon the son’s return this is his confession – his repentance spoken (Luke 15:21 NASB):

Father, I have sinned against heaven and in your sight.

I have used a literal translation to capture the distinction used in the original language. Note that he confesses he sinned “against heaven.” These are words in a Jewish context that avoided speaking God’s name. When he uses “heaven" he means God.

He then said that he had “sinned … in [his father’s] sight.”

This language clearly states that the sin was against God – even though it was a wrong committed against his father.

In another text, Joseph rejects the attempted seduction by Potiphar’s wife with these words (Genesis 39:9):

… you are his wife. How then could I do such a wicked thing and sin against God?"

The act of adultery is categorized as “sin against God.”

My point is that any wrong against another human is primarily a sin against God. As such, the path of genuine repentance and confession leads to God.

What happens when you confess to God?

As you confess to God your wrong toward another human, you are acknowledging God’s claim over humanity. Whether intentional or not, you are aligning yourself with the biblical assertion that humans are made in the ‘image of God’.

Sin against an ‘image of God’ is sin against the God of the image.

As this realization touches the deep recesses of your soul, you see not only others, but also yourself, as truly human; as ‘image of God’.

William James, Harvard psychologist and philosopher (1842-1910), puts it this way:

For him who confesses, shams are over and realities have begun; he has exteriorized his rottenness. If he has not actually got rid of it, he at least no longer smears it over with a hypocritical show of virtue – he lives at least upon a basis of [truth].

You see your wrong for what it is. It is not something that can be excused or forgotten as irrelevant or insignificant.

Confessing to God is saying you want to live God's way.

Against You, You only, I have sinned And done what is evil in Your sight, So that You are justified when You speak And blameless when You judge.

The latter part of this verse is embedded by Paul in Romans 3:4:

Let God be true, and every man a liar. As it is written: "So that you may be proved right when you speak and prevail when you judge."

When you confess to God, you are saying the same thing as He says about your wrong. In agreeing with God you declare He is right.

In Psalm 51, David expresses his yearning for personal wholeness. We hear words such as:

Do not cast me from your presence or take your Holy Spirit from me. Restore to me the joy of your salvation … .

From this can flow relational wholeness – the rebuilding of broken relationships – with others.

As I conclude, I find myself asking the question, “Is it possible to know true forgiveness without God?”

How would you answer my question? What can you add?