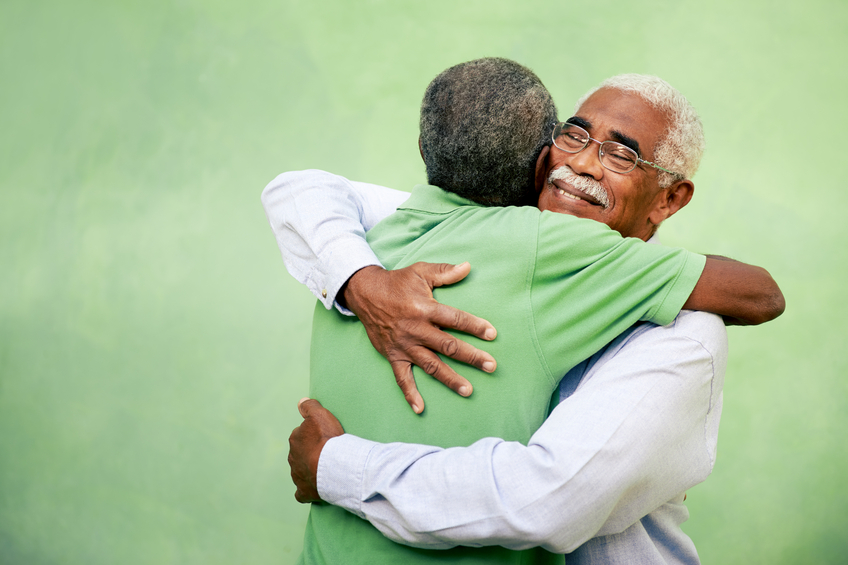 Karl Barth (1886-1968) was perhaps the most influential theologian of the 20th Century.

On reconciliation, he wrote:

To fail here is to fail everywhere. To be on the right track here makes it impossible to be completely mistaken in the whole.

This means that understanding and practicing reconciliation is vitally important for you.

Before answering why reconciliation is important to you, and giving you five ways for moving toward reconciliation, we need to understand what it is.

So, what is reconciliation?

Reconciliation is a word we use in everyday life, as well as in theology.

In politics, both South Africa and Canada have a “Truth and Reconciliation Commission” to address past grievances, and hopefully bring together rival groups as a cohesive nation.

In bookkeeping, accountants use the term ‘reconciliation’ when attempting to bring debits and credits into harmony on a balance sheet.

In theology, a good description of reconciliation is provided by Charles Ryrie:

a change of relationship from hostility to harmony and peace between two parties.

This can refer to relationships between God and humans, and between people.

For if, when we were God's enemies, we were reconciled to him through the death of his Son, how much more, having been reconciled, shall we be saved through his life! Not only is this so, but we also rejoice in God through our Lord Jesus Christ, through whom we have now received reconciliation.

Reconciliation is a human changing from an enemy of God to a friend of God.

Between people, reconciliation also involves this change from hostility (or alienation) to harmony.

Here's an example from the life of Moses' when he attempted to reconcile two Hebrews fighting each other:

… Moses came upon two Israelites who were fighting. He tried to reconcile them by saying, 'Men, you are brothers; why do you want to hurt each other?'

Are there people who were once your friends but are no longer? Should you care about rebuilding the damaged relationships – even if the damage is not your fault?

Reconciliation is the goal for the process of forgiveness (see: Destination of Forgiveness).

In earlier posts, we read of those who substitute techniques in place of forgiveness. Such alternates include 'therapeutic forgiveness' and 'unilateral forgiveness' (see: Forgiveness Distorted). Even though these alternates often use the word ‘forgiveness’, they aren't.

These two substitutes, for example, do not move toward reconciliation. Instead they focus on dealing with a person's unpleasant feelings over a broken relationship. Their goal is to feel better in themselves; not to be reconciled with the other person.

God's forgiveness of us through Jesus Christ is the model for forgiveness (Ephesians 4:32; Colossians 3:13). If therapeutic or unilateral 'forgiveness' is an authentic expression of this model, it results in a bizarre and dishonoring concept of God. We would have to picture him huddled in heaven saying "I forgive you so I can feel better about myself."

Reconciliation is irrelevant to such techniques. The result is to solidify one's alienation from the other person; the relationship with the other person is simply written off.

Each time such a technique is applied, another relationship is removed from life. This growing count of broken relationships results in increasing loneliness.

Ignoring reconciliation not only dismisses forgiveness, but also leads to alienation and loneliness.

God’s model of forgiveness calls us to actively move toward rebuilding a broken or damaged relationship.

Here are five qualities you can practice for moving toward reconciliation:

1.     Pray for, speak about, and act toward the other person in a way that expresses love, not judgment, criticism, or hate. That is what Jesus teaches us in Luke 6:27-28 (see: Love is Active).

3.     Remove any barriers to reconciliation in your life. We aren’t perfect, and often we contribute to the breaking of a relationship.

Such a step holds out the possibility, even the promise, of renewed relationship (see: 4 Dynamics of Repentance).

4.     Be patient. Many times a person has to process the damage he or she caused to a relationship before taking action to deal with what has been done.

5.     Be thankful. If you are a follower of Jesus, realizing that you have been reconciled to God should generate a deep sense of gratitude. Such gratitude toward God leads to grace toward others.