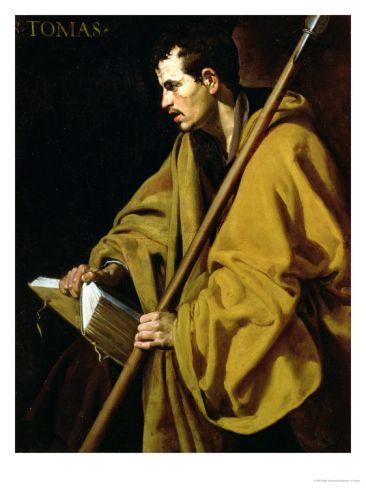 What do you know about doubt?

How do you deal with doubt?

Doubt is uncertainty about someone or something. It may even be a belief that something might not be true.

Some take the stand that doubt is wrong and sinful. They say,  “If you have ‘faith,’ you can’t have ‘doubt’.”

I’m not so sure it’s that black and white.

I might doubt that I can run 10 km (6.25 miles) in an hour. This is based on the fact that I haven’t run 10 km for a long time. Is that doubt wrong or sinful? I don’t think so. There is one way to find out if the doubt is valid.

What if you doubt God’s goodness? This may be based on your experience. For instance, God did not intervene when you asked Him to do something you believed to be praiseworthy such as, say, healing a sick child.

Some of God’s great servants have had doubts. Here are two instances:

John did not comprehend why he was left in prison. After all, he was announcing the coming of the Messiah. It didn’t align with his expectations—and he was uncertain, he doubted.

We don’t know the precise situation David was in, but the context indicates he was being attacked or oppressed by the ‘wicked’ (94:16-23). Where was God in all of this?

To ignore or deny doubt in our lives is unhealthy and potentially destructive. Doubts do not go away. We may bury them for a time, but like an untreated wound, they become infected and more toxic.

Jesus was crucified, and his lifeless body was placed in a tomb.

The disciples heard rumors that Jesus’ body was missing. Earlier in the day, women claimed to have seen Jesus alive (John 20:1-18).

As the disciples—except for Thomas—gathered in fear behind locked doors, something amazing happened: “Jesus came and stood among them and said to them, ‘Peace be with you!’” (20:19b).

How could this be?

The disciples knew that Jesus had died, and his body put in the tomb—but here he was, alive. Maybe it was an apparition or something that looked and sounded like Jesus – but “he showed them his hands and his side” (20:20)—irrefutable evidence left by Roman nails and a Roman spear (19:34).

“Then the disciples were glad [overjoyed] when they saw the Lord.”

By contrast, Thomas has doubts:

Here are four elements to equip you when you doubt. They are drawn from this incident with Thomas.

I’ll call it a holy curiosity.

Thomas had been with Jesus for at least three years. When it comes to resurrection, he was not saying, “That is impossible!” That would be slamming the door shut on the possibility the report of the other disciples was true. And Thomas had witnessed the resurrection of Lazarus not long before (11:1-44).

So, from within his doubts, he makes an honest confession.

He doesn’t ignore or deny his doubt, he tells the others:

“Unless I see the nail marks in his hands and put my finger where the nails were, and put my hand into his side, I will not believe it.” (20:25)

Fair enough—it’s out. He’s not ignoring or denying his doubt.

He’s admitting his limits.  He needs something to move him forward from his doubts.

It’s precisely this confession that Jesus later repeats to Thomas:

“Put your finger here; see my hands. Reach out your hand and put it into my side. Stop doubting and believe.” (20:27)

Jesus meets Thomas in his doubts.

It is important to recognize that Thomas did not remain isolated from a healthy community.

The other disciples tell him what they experienced: “We have seen the Lord!” They are joyful and exuberant.

By contrast, the response of Thomas comes across as calm, cynical, and filled with doubt:

The disciples do not argue with him, condemn him, or abandon him. This community of disciples was a safe place for Thomas to ask difficult questions—even to express doubt.

The result in Thomas’ life is a healing correction. Perhaps ‘breakthrough’, ‘growth’, ‘epiphany’, ‘liberation’ are better words than ‘correction’.

His doubt is transformed into worship as he says to Jesus:

I imagine Thomas going down on his knees as he makes this simple yet profound statement: “My Lord and my God!”

Thomas the doubter is transformed.

Within 20 years, it is reported that Thomas had taken the  ‘good news’ of the Lord Jesus Christ to India.

Today, a large and vibrant Christian population lives in Kerala province (southwest India), tracing its roots back to Thomas.

The apostle Thomas is believed to have been killed in India, and his body buried in Chennai (Madras), India.

Thomas had been transformed from a doubter to a faithful follower of Jesus.

Again, here are four elements for responding to doubt:

What can you add to this? You can contact me by using this link.