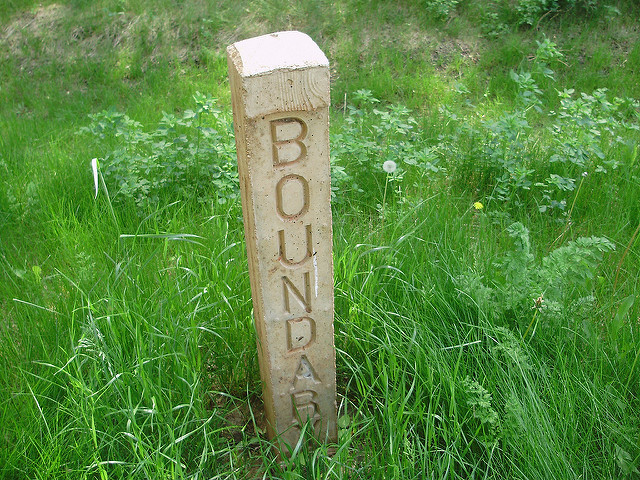 If forgiveness is the process of rebuilding damaged or broken relationships, what damages or breaks a relationship?

You're probably already aware of these six relational breaking points. Here's a few tests to get you thinking.

What do you think about the following scenarios:

To each of these you probably say, “no.”

Each of these are minor issues. A simple, “excuse me” or “sorry” will suffice on a bus. “What do you mean by that?” or “did you mean …?” quickly clears up a misunderstanding. The relationships remain unchanged, so there’s nothing damaged or broken. There is no need here for the process of rebuilding a relationship; no need to forgive or be forgiven.

I agree. But why is it different?

What is a relational boundary?

Every genuine relationship has a boundary or boundaries that define its existence and integrity.

It began with God. He defined his relationship with Adam with a simple boundary (Genesis 2:16-17):

"You are free to eat from any tree in the garden; but you must not eat from the tree of the knowledge of good and evil, for when you eat of it you will surely die."

God was extravagantly generous: "you are free to eat from any tree in the garden." Yet he reserved something for himself alone which became a boundary that defined the existence and integrity of the relationship between the human and the Creator. The human was human, not God. The 'boundary' drawn between the human and the fruit of that particular tree defined that distinction.

Later, we read that Adam “ate it” (Genesis 3:6). By stepping over that boundary, Adam broke the relationship with God.

How do we identify these relational boundaries?

'Where' are these relational boundaries?

One of these boundaries is “You shall not steal.” So pickpocketing a stranger’s wallet is stepping over this relational boundary.

By the way, the six relational breaking points among humans are:

Here's what Jesus says about your angry friend who calls you a liar – or maybe it was you who spoke in anger to your friend (Matthew 5:21-23):

You have heard that it was said to the people long ago, 'Do not murder, and anyone who murders will be subject to judgment.' But I tell you that anyone who is angry with his brother …  anyone who says to his brother, [‘you good-for-nothing’] … anyone who says, 'You fool!' … .

And don’t go all “lawyer” on me by saying, “he’s just my friend not my brother” – you get the point.

Now that you have an idea where the relational boundaries are, how do you know when you've stepped over the line?

Have you stepped over a boundary?

We don’t usually need to ask this question. It's rare when we don't realize we've stepped over the line.

If you’re in doubt, ask. You can say something like, “Did I offend you when I said or did [fill in the blank]?”

And when you ask, be prepared to listen and then take the right action. These are issues that we will address in future posts – so “stay tuned.”

Here’s a couple of things to do.

First, do you have anything you want to say about this post? Let me know by writing me by clicking on this link.

Second, are you aware of any relational boundary you have stepped over? Jot down the situation as you are reminded of it, and there may be more than one. Keep this situation in mind as we move forward in this series on forgiveness.