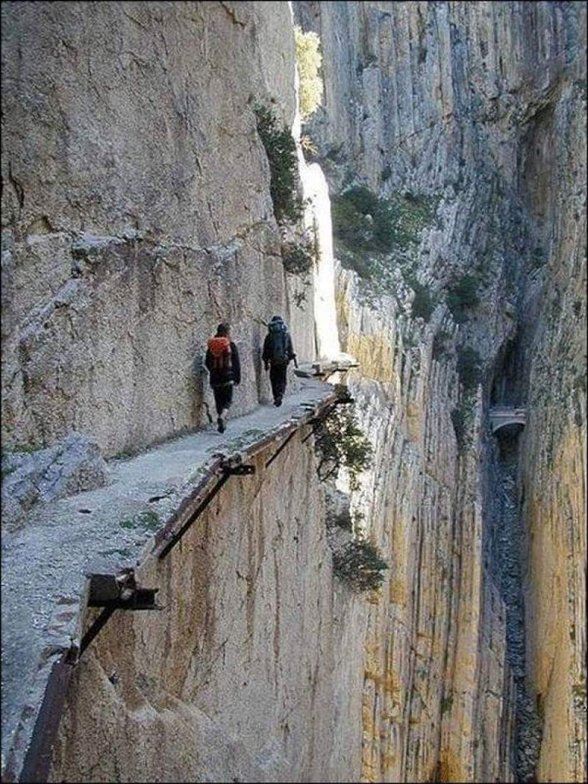 In the previous post, we showed why we should live in the way of truth. Now, we move toward how by examining aspects of the life of Jesus.

Our starting point will be the principle proposed earlier:

Everything spoken is true;

not everything true is spoken.

Even this principle needs to be nuanced to ensure that rogues don’t use it to hide or camouflage deceit – but we’ll leave that for another time.

God reveals himself as Jesus Christ, and God does not (indeed, cannot) lie. God is like that – and He desires us to be like that too.

The qualities of Jesus’ ethics and morality are portrayed in the Sermon on the Mount (Matthew 5-7). In Resident Aliens: Life in the Christian Colony, Stanley Hauerwas writes, “the basis for the ethics of the Sermon on the Mount is not what works but rather the way God is” (emphasis added). And this is the intended ethic and character for followers of Jesus.

Now, let’s examine some of the responses of Jesus in difficult situations. Consider how you would respond if you were in a similar situation.

Periodically, Jesus speaks in parables. It was one way of teaching. It required those hearing to listen carefully and respond appropriately.

On one occasion, Jesus was using parables as he spoke to large crowds (Matthew 13:1-17). Generally, we understand a parable to be a useful teaching tool to make difficult situations more comprehensible. So, for example, a parable about seeds sown into different kinds of soils becomes a framework for understanding how different types of human hearts (i.e., soils) respond to the word of God (i.e., seed). But apparently, it isn’t comprehensible for some.

He replied, “The knowledge of the secrets of the kingdom of heaven has been given to you, but not to them. Whoever has will be given more, and he will have an abundance. Whoever does not have, even what he has will be taken from him. This is why I speak to them in parables: ‘Though seeing, they do not see; though hearing, they do not hear or understand.’ … For this people's heart has become calloused …”

Because “this people’s heart has become calloused,” Jesus spoke to them in parables knowing that they would not hear or understand what he was saying.

Jesus spoke the truth, but the crowds did not understand what he was saying, and he wasn’t going to help them understand. Perhaps this was a kindness. After all, if they did understand in their condition of “calloused heart,” then their ultimate responsibility and judgment would have been even greater.

There are times when we need to discern the heart and motives of our listeners. Are they calloused or receptive? This will determine how we speak and how much we speak.

Sometimes Jesus answered a question with a question.

Matthew 21-23 is instructive for learning how Jesus responded to hostile audiences. Here is one of those encounters (Matthew 21:23-27):

Jesus entered the temple courts, and, while he was teaching, the chief priests and the elders of the people came to him. “By what authority are you doing these things?” they asked. “And who gave you this authority?”

Jesus replied, “I will also ask you one question. If you answer me, I will tell you by what authority I am doing these things. John’s  baptism – where did it come from? Was it from heaven, or from men?”

They discussed it among themselves and said, “If we say, ‘From heaven,’ he will ask, ‘Then why didn't you believe him?’ But if we say, ‘From men’ – we are afraid of the people, for they all hold that John was a prophet.” So they answered Jesus, “We don't know.”

Then he said, “Neither will I tell you by what authority I am doing these things.”

Because of the questioners’ lack of honesty, Jesus did not answer their question.

People ask questions or make statements, according to their agenda. They are attempting to control the conversation and its outcome. If we react to their question or statement, we ‘dance to their tune’ – they are in control.

Sometimes, that control needs to be broken in which case we need to pro-act instead of re-act.

Here is how Jesus shifted control in one such incident (Matthew 22:15-22):

Then the Pharisees went out and laid plans to trap him in his words. They sent their disciples to him along with the Herodians. “Teacher,” they said, “we know you are a man of integrity and that you teach the way of God in accordance with the truth. You aren't swayed by men, because you pay no attention to who they are. Tell us then, what is your opinion? Is it right to pay taxes to Caesar or not?”

But Jesus, knowing their evil intent, said, “You hypocrites, why are you trying to trap me? Show me the coin used for paying the tax.” They brought him a denarius, and he asked them, “Whose portrait is this? And whose inscription?”

“Caesar’s,” they replied. Then he said to them, “Give to Caesar what is Caesar’s, and to God what is God’s.”

When they heard this, they were amazed. So they left him and went away.

Jesus took control by bringing biblical theology into the conversation. Images had no place in the Temple, yet at least one of them had a coin impressed with Caesar’s image. Jesus’ point is that each person is impressed with God’s image (Genesis 1:27). Jesus redirected the conversation in a new and profound way. I sense that He is saying, “Give yourselves to God” – Caesar and taxes are not the issues.

Look for opportunities to be pro-active in conversations.

Usually, we feel compelled to defend ourselves against false accusations. Jesus did not – he remained silent.

During his trial before the Roman governor, Pilate, “Jesus made no reply, not even to a single charge – to the great amazement of the governor” (Matthew 27:11-14).

In an earlier trial before the Sanhedrin (the Jewish supreme council), “many false witnesses came forward … But Jesus remained silent” (Matthew 26:57-63a).

Then “the high priest said to [Jesus], ‘I charge you under oath by the living God: Tell us if you are the Christ, the Son of God’” (26:63b). This statement by the high priest could not be ignored. Bible scholar, Grant Osborne, comments:

When the high priest adds “by the living God” he is making the most solemn charge possible, with all the authority of his sacred office behind it. If a person is placed under oath by the divine name one must respond (m. Seb. 4:13).

The high priest is demanding a response in his official capacity. Jesus answered with clarity and fullness of truth that resulted in the high priest tearing his clothes and saying, “He has spoken blasphemy!” The Sanhedrin’s verdict is, “He is worthy of death” (26:64-66).

When Jesus spoke, he spoke the truth – even though He knew he would be crucified for that truth. This raises a crucial point.

The way of truth

As followers of Jesus, we are to walk in the way of truth – even when we know it leads to suffering.

On several occasions, I have referred to the situation of Corrie ten Boom hiding innocent Jewish people from Nazi persecution. Everything she spoke was true; not everything true was spoken. Eventually, Corrie and her sister were imprisoned for their courageous stand.

Wayne Grudem relates a similar situation in “Why It Is Never Right to Lie” (16). According to the records of Augustine (ca. 395 A.D.) a bishop named Firmus:

… was hiding a righteous person who was fleeing from the corrupt emperor and the emperor’s messengers came to capture the person. The bishop refused to lie but neither would he disclose the hiding place. The emperor’s messengers apparently tried to force him to disclose the hiding place, and as a result, he “suffered many torments of body” but “he stood firm in his purpose,” and eventually, by his courage, he obtained a pardon from the emperor himself for the man he was protecting. Augustine says, “What conduct could be more brave and constant?” Augustine thought it would have been wrong to lie, even for the purpose of protecting a human life.

Somehow, we in the modern Western church believe that suffering is something we should avoid at all costs. One wonders what we do with Paul’s statement: “In fact, everyone who wants to live a godly life in Christ Jesus will be persecuted.” (2 Timothy 3:12)

The Sri Lankan Christian theologian, Ajith Fernando, considers that “one of the most serious theological blind spots in the western church is a defective understanding of suffering” (The Call to Joy and Pain, 51). In the context of Christian service, Fernando’s article “To Serve Is to Suffer” is worth reading.

Expect that walking in the way of truth – walking as Jesus did (1 John 2:6) – will involve persecution and trials.

There is so much more that can be written on the matter of living in the way of truth. For now, I’ll conclude this series.

Do you have more questions or comments? Click here to write to me.

Photo credit: Photographer unknown. “El Caminito del Rey (The King's Little Path) is a walkway, pinned along the steep walls of a narrow gorge in El Chorro, near Ardales in the province of Málaga, Spain.” (Wikipedia)