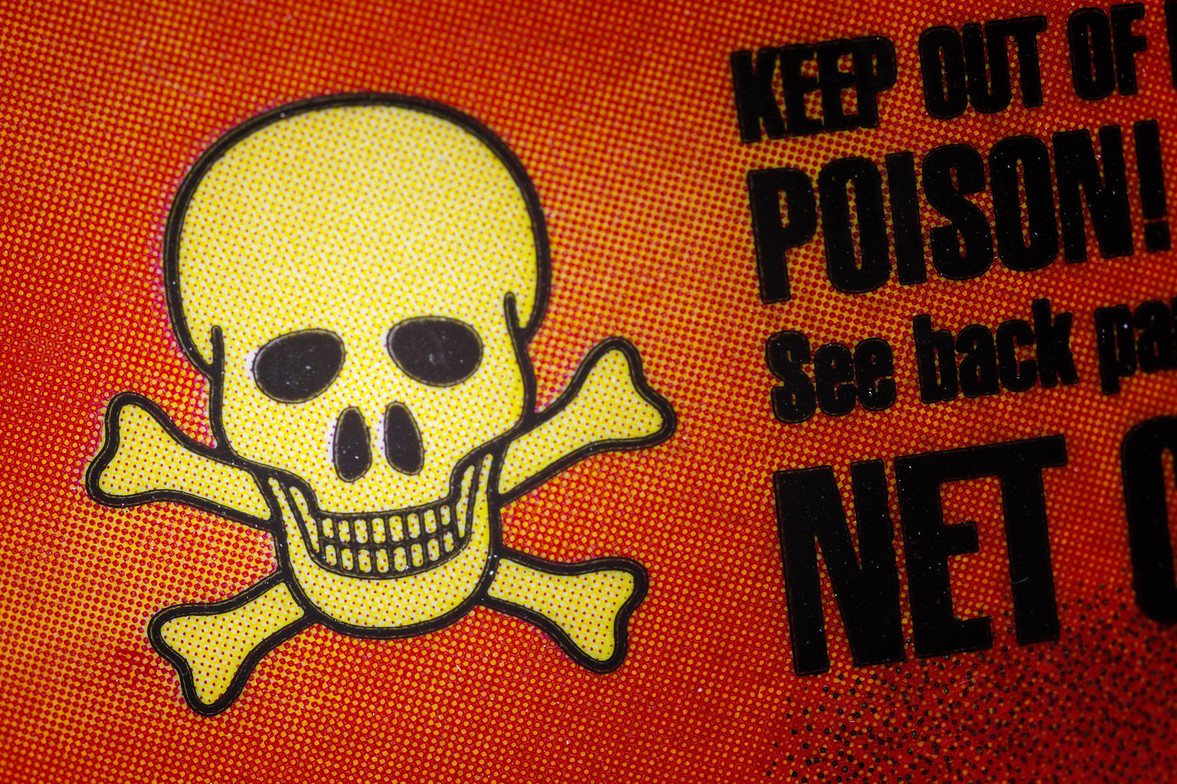 Two behaviors that are poison in any relationship are exploding anger and keeping memories alive of wrongs suffered.

What is the antidote for these poisons?

Paul prescribes the way toward relational health by continuing to describe what agapē-love is not. One way of translating the next two qualities is:

Love is not provoked,

it does not keep a record of wrongs suffered.

These two negative qualities focus on how we relate to other people in times of disagreement. So, when other people annoy or anger us, the response of love is not to fly off the handle and then keep a tally of their offenses.

As we have done with the other qualities, let’s dig a little deeper to discover more of what the original Greek words can teach us.

Have you encountered people that are touchy or irritable? Things don’t exactly go as a person wants, or a comment questions a person’s ability, and they explode in anger.

Here is an unlikely illustration.

We tend to put Paul and Barnabas on pedestals as models for godly living. And yet, there is one occasion when they got angry with each other.

You can read the incident in Acts 15:36-41. These two men had served well together. Many people were becoming loyal followers of the Lord Jesus, and Christian communities were being established throughout areas we now know as southern Turkey and Cyprus.

At the end of their first journey, Paul wants to return to visit the young Christians. Barnabas wants to bring along his young relative, John Mark, who had earlier deserted them. The result was (15:39):

They had such a sharp disagreement that they parted company.

Later, although we are not told when or how, Paul, Barnabas, and John Mark had rebuilt their damaged relationships. Nevertheless, their sharp disagreement should warn us that it can happen to the best of us.

“Sharp disagreement” translates one Greek word: paroxusmos. English borrows this word as “paroxysm,” which means a fit or attack such as “a paroxysm of coughing” or, in our context, “a sudden violent emotion or action, an outburst.”

In 1 Corinthians 13:5, the Greek word for “provoked” is from the family paroxu*. I wonder whether Paul was remembering his sharp disagreement with Barnabas when he used this word. It has the basic meaning of being poked with something sharp so as “to cause a state of inward arousal, urge on, stimulate” (BDAG) and can be used in a negative or a positive sense. In this case, it is a negative attribute.

“The English pique combines the same range of nuances as the Greek: something between irritation and anger which takes offense because one’s self-regard has been dented, wounded or punctured by some sharp point. Love, Paul urges, does not become exasperated into pique, partly because patience delays exasperation and partly because lack of self-interest diverts a sense of self-importance away from reacting on the ground of wounded pride: ‘It is not embittered by injuries, whether real or supposed.’”

Thistleton has identified a cause for explosive reactions of anger when he mentions “wounded pride” and punctured self-regard. When a person’s ego or self-identity is poked or punctured, too often, the natural reaction is explosive anger.

The antidote is love for the other person that surpasses our self-identity. When that inner core of our being is punctured, we do not explode with irrational anger because we love that other person more than the pain experienced by a puncture to our self-identity. This expression of love (like the others) is a manifestation of the indwelling Spirit of Christ.

“That’s the third time you’ve done that to me!”

Obviously, the speaker is keeping a mental list of offenses.

The phrase “take into account” translates the Greek word logizomai, which the NIV renders as “keeps no record of wrongs.” Logizomai is “primarily a mathematical and accounting term” (BDAG).

A few good English translations, such as ESV, NRS, and NET, use “resentful” instead of “keeping a record.” At first, resentful seems to go beyond the simple keeping of a record. It suggests there is a purpose behind the keeping of the record. Is there justification for translating in this manner?

Literally, the Greek says love “does not reckon the evil.” Numerous scholars recognize a relationship between this language and the Greek translation of Zechariah 8:17, which the NRS renders as:

do not devise [logizomai] evil in your hearts against one another, and love no false oath; for all these are things that I hate, says the LORD.

Often, we cannot forget a wrong committed against us. That is different from keeping a record of that wrong to devise, plot, plan, or scheme to get even with the offender. Not only is this a thing our Lord hates, but it also stokes up bitterness, anger, hatred, and a host of other emotions and attitudes contrary to God’s agapē.

A few years after the sharp disagreement between Paul and Barnabas, Paul writes of Barnabas without animosity (1 Corinthians 9:6), and later of John Mark (2 Timothy 4:11). Paul loved these two men, which (among other things) meant that he did not keep lists of wrongs suffered, and he did not plot to get even.

One way in which we can deal with the desire to get even is to remember that, in due time, our God will judge justly. He will deal with the offense and the offender justly as we read in 1 Peter 2:20-25.

As for us, we can release all the wrongs done against us into His hands.

So, agapē-love does not keep a record of wrongs to pay back the injury. We could say that love is not resentful.

Our examinations of these two attributes of love share similarities—they are like the two sides of a coin. Love does react violently when provoked, and it does not make a list of the times it has been provoked.

Love does explode in anger when our self-identity is threatened;

Love does not keep a record of wrongs suffered to get even with the offender.

As before, I encourage you to memorize these two new qualities, adding them to the previous seven.

Also, reflect on how you respond when other people annoy or anger you? Do you fly off the handle and then keep a tally of their wrongs? How does love help you identify these emotions and behaviors in your own life? How can you overcome these behaviors?

In the next post, we will examine another two qualities of love.

BACK TO Two More Things Love is Not