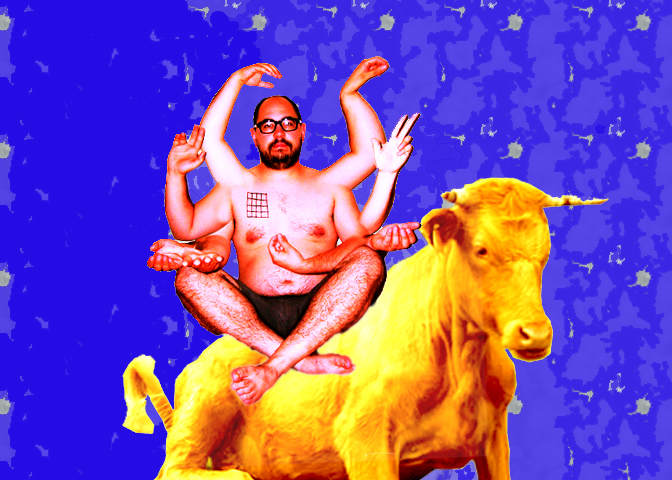 Have you travelled much?

In most places it is difficult to miss the religious sites. The largest religious monument in the world is the Buddhist temple complex of Anghor Wat in Cambodia. Throughout Europe there are many cathedrals. Then there are Hindu temples, Jewish synagogues, Muslim mosques, and a myriad of other shrines and holy places.

At least two conclusions can be drawn from this: (1) humans have a common desire to look for God; (2) humans often look for God in a multitude of twisted and contradictory ways. The first testifies that we are all ‘image of God’; the second that the ‘image’ is distorted.

The author of Aid for the Overdeveloped West identifies “three basic biblical rules”:[1]

(2) Every human is transformed into an image of his or her god(s);

(3) Humans create and form a structure of society in the image of their god(s).

To put it another way, what we worship shapes our worldview which then directs our behavior. Whoever they may be, a people’s culture becomes an expression of their god. Greg Beale’s title captures this idea: We Become What We Worship.[2]

The distortion of the ‘image of God’ displaces the ‘God of the image’ with some ‘god imagined’. As you take time to understand the attitudes and actions of your culture toward God – what does that say about the god(s) your culture worships?

Take a few moments to become familiar with Paul’s critique of humanity as he writes to people living in the capital of the dominant empire of his time – Rome. Click here to read Romans 1:18-32.

You may wonder about the “wrath of God” (1:18). Does this contradict the love of God?

God’s love does not condone or ignore sin. That would be like a doctor who condones or ignores disease. God’s love deals with sin.

Paul declares that humans know something about God. The ‘disease’ in this case is the human tendency to smother that knowledge of God – suppressing the truth – by our active rebellion or passive indifference.

What are some of the ways in which we do this?

Three times in this section Paul uses the phrase “God gave them up” (1:24, 26, 28) in response to human choices. In each of those choices humans exchange something of what they have or know of God for something else.

Choice one is an exchange of “the glory of the immortal God for images resembling mortal man and birds and animals and reptiles” (1:23). What is the glory of God?

Referring to the Israelites in the wilderness we read “they exchanged their Glory for an image of a bull, which eats grass” (Psalm 106:20 NIV). Jeremiah wrote “Has a nation changed its gods, even though they are no gods? But my people have changed their glory for that which does not profit” (2:11 ESV).

When we exchange the glory of God for something else our humanity is cheapened and diminished. For instance, when a bull that eats grass becomes the object of our worship we (and our culture) begin to take on bull-like characteristics including the aggressive dominance of others.

The truth about God is “the reality, the fact of God as he has revealed himself.”[4] Perhaps the lie includes ceasing to admit the sovereignty of God in our lives; confusing the Creator with his creation; denying that humans are uniquely ‘image of God’; adopting a view that God’s purpose is to serve our wants and desires.

Choice three is an exchange of natural sexual practices for the unnatural (1:26-27). A culture that has a low view of God will adopt practices that misuse the human body. What is the Creator’s intention for the proper use of our bodies?

Writing to Christians in Corinth Paul asks “do you not know that your body is a temple of the Holy Spirit within you?” (1 Corinthians 6:19). Our bodies are intended as the holy dwelling place of the one true God. For the follower of Jesus, our physical bodies are the place of worship. Any misuse of this ‘temple of God’ – including sexual immorality – is an act of sacrilege that dishonors God.

Culture is not passive, especially when it comes to ideas about God. Culture shapes, directs, and energizes the views and practices of the humans that inhabit a culture. Paul concludes that humans (and their cultures) not only suppress their knowledge of God and exchange it for undignified beliefs and practices, but also “give approval to those who practice them.”

Those who comply with a culture’s ‘gods’ are approved; those who strive (no matter how imperfectly) to love the one true God revealed as Jesus with all their heart, soul, mind and strength are not approved (Mark 12:28-34) – they experience the opposition of Culture.

Each of us inhabits a culture of some sort. Beginning at the level of individuals, each of us can examine the source of our attitudes and actions to determine our actual worldview, and in turn who or what we really worship.

Like fish unaware of their environment of water – they know nothing else – we are usually unaware of our environment of culture. We are unconscious of how our culture shapes, directs, and energizes our understanding of God. Why for instance, in North American culture, do we often feel awkward about raising the topic of God in a public context? Why do some measure success in Christian ministry in terms of bigger and richer?

As followers of Jesus it is healthy to reflect on the object of our worship – for everything flows from this. Has an ‘image’ – an ‘idol’ – displaced the one true God who has revealed himself as Jesus?

Here are a few things to explore.

2.  What do I understand by the ‘truth about God’? I repeat my founding presuppositions: the one true God is revealed as Jesus, and through the Bible. Are there qualities or actions of God that I do not accept because I find them inconsistent with who I think God is, or how he should act?

3.  How do I use my body? If I claim to be a follower of Jesus, do I understand that Spirit of God dwells in my body as his holy place? Do I realize that God is present in every activity of my human body?

[1] This summarizes comments of Michael W. Goheen and Craig G. Bartholomew, Living at the Crossroads(Grand Rapids, MI: Baker Academic, 2008), 49-50 who cite Bob Goudzwaard, Aid for the Overdeveloped West(Toronto, ON: Wedge, 1975), 14.