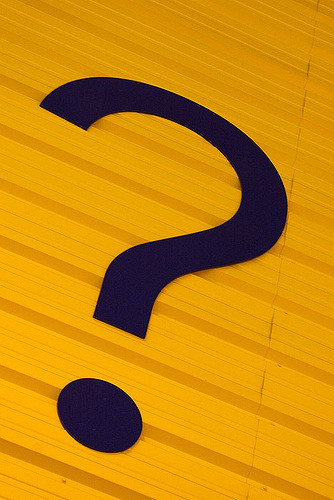 Recently, I was with a wonderful group of people.

The question was asked, “What about when Jesus says, ‘forgive them’? Doesn’t that mean we just have to forgive everyone without condition?”

The phrase “forgive them” is taken from Luke’s record. Here’s what Luke writes:

When they came to the place called the Skull, there they crucified [Jesus], along with the criminals – one on his right, the other on his left. Jesus said, “Father, forgive them, for they do not know what they are doing." (Luke 23:33-34)

Here are four questions we need to ask to discover what these words really mean.

Not everyone is present, but everyone is represented: scoffing rulers, mocking soldiers, dying criminals, watching people. Was Jesus just speaking about the few dozen, or perhaps a few hundred people within the range of his voice? Was he speaking in wider terms of all the people of Jerusalem? Or, could he have been speaking about every human being – even you and me?

I’m inclined to the view that we were all represented in the crowd around the cross, and that Jesus was speaking about all of us.

It’s clear that Jesus was speaking to his Father: “Father, forgive them ... .”

This is not an event of forgiveness; it is his prayer that others be forgiven.

It is Jesus’ prayer for those complicit in his crucifixion – and by extension, you and me. His words give us a glimpse of his heart as he yearns for his enemies and tormentors to experience forgiveness.

Jesus is praying to his Father.

Earlier, Luke records an incident in which a paralyzed man is carried to Jesus in a crowded house. The desire to get this paralytic into Jesus’ presence was so strong that those carrying the man climb up, dismantle part of roof, and lower him through the opening.

This determined action of the paralytic and his friends is recognized for what it is: “when [Jesus] saw their faith, he said, ‘Man, your sins are forgiven you’” (Luke 5:20).

Jesus has the power to forgive sins. He did so for a paralyzed man who came with a heart yearning for wholeness.

If Jesus can forgive sins, why didn’t he do that from the cross? Instead, he prays, “Father, forgive them, for they do not know what they are doing.”

If so, how and when?

Even in the midst of the animalistic brutality of his crucifixion, Jesus' love radiates its concern that others be forgiven. How is this prayer answered?

One of the criminals being executed manifests his change of heart toward Jesus: the man confesses his own wrong and acknowledges Jesus as King saying, “Jesus, remember me when you come into your kingdom.”

Jesus answers, “Truly, I say to you, today you will be with me in Paradise” (23:39-43) – words promising full participation in the Kingdom, a promise that implicitly includes forgiveness.

Luke’s ‘story’ is continued in his second volume – Acts.

In the book of Acts, we read of incident after incident as Jesus’ prayer is answered.

In Acts 2 a large crowd witnesses strange events 50 days after the crucifixion in Jerusalem. God is present and at work redeeming his world.

Peter pronounces the guilt of the crowd: “Let all the house of Israel therefore know for certain that God has made him both Lord and Christ, this Jesus whom you crucified” (Acts 2:36).

Now when they heard this they were cut to the heart, and said to Peter and the rest of the apostles, ‘Brothers, what shall we do?’ And Peter said to them, “Repent and be baptized every one of you in the name of Jesus Christ for the forgiveness of your sins ...” (2:37-38).

Forgiveness is offered through Jesus Christ; forgiveness is received upon a change of heart toward Jesus. What an answer to Jesus’ prayer on the cross – 3,000 people experienced forgiveness and new life that day (2:41)!

As we continue reading Acts, we encounter multitudes obtaining forgiveness as their hearts are changed toward Jesus. Examples include:

to name only a few.

And so, Jesus’ prayer continues to be answered throughout history and throughout the world.

This is how God in Christ forgives us – and this is how we are to forgive one another (Ephesians 4:32).