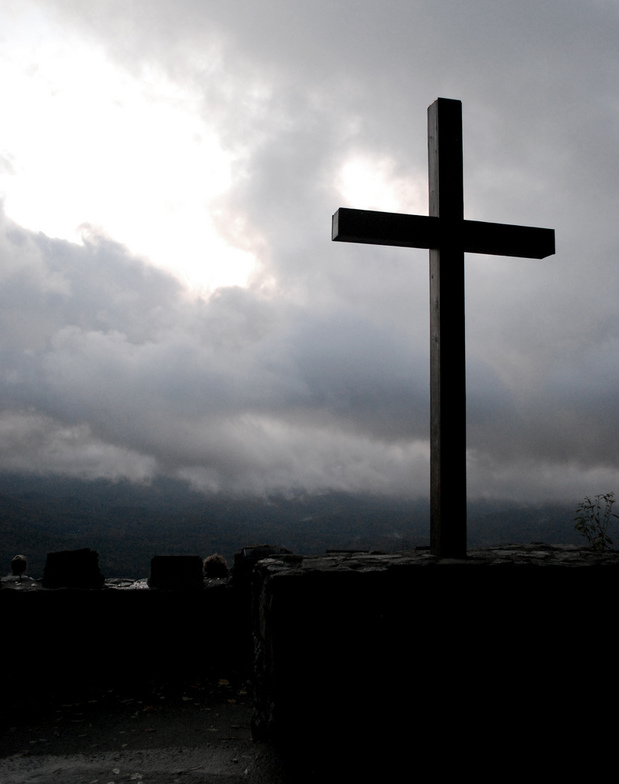 As we turn the page from Genesis to Exodus, we shift forward in time about 400 years. Jacob and his family of 70 or so people have now become an ethnic group numbering in the hundreds of thousands, if not more.

Egypt has become their home, and Egypt's culture has become their 'story.' Over the centuries, they have been reduced from privileged refugees to enslaved laborers for Egypt's massive construction projects.

As we begin the narrative of Exodus conflicting 'stories' unfold.

To Jacob's descendants, Egypt's dominant culture had become the only way of experiencing and viewing the world and the future.[1] God was about to change all that!

The shadow of lambs

To enter a 'story,' you have to listen to it being told. So take a few moments to read Exodus 12.

At this point, we rapidly approach the climax of the conflict between Pharaoh and Moses. On the one hand, we have the Egyptian 'story' of imperial domination that controls the lives, imaginations, hopes, and aspirations of those who live in that 'story.'

On the other hand, we hear Moses. As the prophet of the one true God (YHWH), he proclaims the alternate 'story' in which slaves become free to follow and worship God.

The community of Israel is being told to take bold actions that will demonstrate whose 'story' they will believe and live – Egypt's or God's.

The date is the 14th day of the first month of the Jewish calendar (usually our March or April). Each household is to select a yearling male lamb without imperfection. The lamb is killed. Its blood is collected and painted around the door frame of the house.[2]

Then the household is to eat a simple meal in which the lamb is the main course. They are to be dressed ready to travel at a moment's notice – they are to be pilgrims, not residents.

On that same night I [the LORD] will pass through Egypt and strike down every firstborn – both [humans] and animals – and will bring judgment on the gods of Egypt. I am the LORD. The blood will be a sign for you on the houses where you are; and when I see the blood, I will pass over you. No destructive plague will touch you when I strike Egypt. (Exodus 12:12-13)

And that's precisely what happens (12:29-30). Those who took action to enter into God's 'story' were preserved or saved from God's judgment. Death had already occurred in each of their houses,  demonstrated by the blood on the door frame.

Those who remained in Egypt's ‘story’ experienced death in their homes. Egypt's 'story,' used so effectively to control and enslave, was powerless in the presence of the one true God who is both Creator and Redeemer.

The rest is history.

Israel leaves Egypt to live in God's ‘story’ – lives shaped (or should have been shaped) by God in obedience, freedom, holiness, and hope.

One of Israel's practices is the annual re-enactment of the Passover feast to keep the memory of God's deliverance of them from Egypt alive and fresh for each generation.

The reality of the cross

We fast-forward 1,400 years or so to Jerusalem in about 30 A.D. The time for the annual Passover feast has arrived.

Jesus Christ meets with his disciples in an upper room to celebrate the Passover – with a twist.

At the feast, Jesus speaks of his imminent departure. His disciples are slow to grasp the significance of what he is saying and doing.

After the Passover supper is completed, Jesus introduces new dimensions:

he took bread, gave thanks and broke it, and gave it to them, saying, 'This is my body given for you; do this in remembrance of me.'

Is Jesus the 'main course'?

In less than 24 hours, Jesus has been crucified. His lifeless body is placed in a tomb.

The New Testament writers bring these two events together:

For us, the Passover is the shadow – the crucifixion of Jesus is the reality.

Some implications of the crucifixion

What difference does this make for followers of Jesus?

Those in Egypt that responded to God by the obedient action of painting lambs' blood on their door frames experienced deliverance from Egypt's slavery.

Those now who respond to God by declaring their acceptance of Jesus Christ and his crucifixion experience deliverance from all forms of slavery (physical and spiritual). They are now free to follow and worship God, the loyal men and women they were intended to be.

Second, as the Passover was remembered by an annual meal re-enacting the historical event, so the crucifixion of Jesus Christ is remembered by a meal commemorating that historical event. As followers of Jesus meet in community, they take physical bread and a physical cup, they eat and drink, and in doing so, they "proclaim the Lord's death until he comes" (1 Corinthians 11:23-26).

Consider enriching your next participation in the Lord's Supper by reflecting on the analogy of the Passover.

Festivals help the covenant community remember great events of the past ... in a way that is hard to describe, reenact them or make them real once more for later generations.  This is what happens at Passover and in eating of the Lord’s Supper.  For Israel, Passover remembers the single most important defining event in Israel’s history – its birth, and in eating the Passover supper the community “re-membered” itself to that event.  For the church, in the Lord’s Supper it remembers the death of Jesus and “re-members” itself to the new covenant that his death effected.[3]

In these ways and more, we celebrate God's grace!

Back to FIVE GUIDING PRINCIPLES    Forward to FIRSTFRUITS

[1] For an extended treatment of this theme, see Walter Brueggemann, The Prophetic Imagination, 2nd ed. (Minneapolis: Fortress, 2001). [2] The Hebrew word for "basin" (saf) is also used for the threshold of a door. [3] Bruce K. Waltke with Charles Yu, An Old Testament Theology (Grand Rapids: Zondervan, 2006), 462.