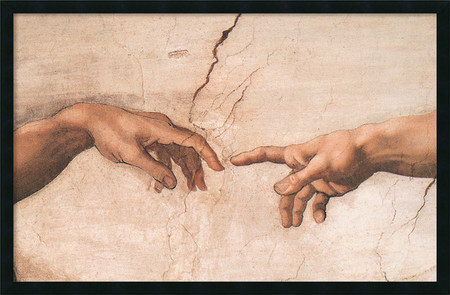 What is God’s relationship toward Culture?

Some say that God is totally indifferent to Culture. Others propose that God is only interested in certain cultures – which usually includes their own. While others, such as I, believe God is dynamically involved in every culture – whether people are aware of it or not.

God loves all humanity and his whole Creation. One of the descriptions for Culture supplied in a previous post defined Culture in terms of Creation. Here is what theologian, Loren Wilkinson, writes:

“Culture in the broadest sense is everything that people do with creation. It refers to the little worlds we make (through our own creativity in work, play and daily relationships) out of God’s creation. That broad sense of the word is almost too big to think about ….”

1. God provides to all

When Barnabas and Paul entered the city of Lystra, Paul healed a man who had been a cripple from birth. The inhabitants reacted by claiming Barnabas and Paul were the Greek gods Zeus and Hermes (Acts 14:8-23). Paul rejected this and directed their attention to the one true God, the Creator who “did not leave himself without witness, for he did good by giving you rains from heaven and fruitful seasons, satisfying your hearts with food and gladness” (14:17).

This confirms what Jesus said: the Father who is in heaven “makes his sun rise on the evil and on the good, and sends rain on the just and on the unjust” (Matthew 5:45).

Whether a person is a follower of Jesus or not; good or evil – no matter the culture in which they live – the Creator generously provides sun and rain; food and gladness to all.

It is a strange reversal when humans blame God for things that go wrong and accept His gifts without acknowledgment as if it was their right. Yes, bad things happen because of sin’s distortion of God’s good Creation. Yet, we need to develop a heart of gratitude for all the good that God provides.

2. God manifests to all

The Creation is not God as some allege (e.g., pantheists). God made the Creation. As such it is distinct and separate from him.

As a quality work of silver bears the silversmith’s hallmark, and a painting the artist’s signature, so Creation proclaims that it is the handiwork of God.

The heavens declare the glory of God, and the sky above proclaims his handiwork.

Click here for a short video from earth to space and back.

Regarding people who ignore or reject God and the witness of Creation, Paul declares that

“the basic reality of God is plain enough. Open your eyes and there it is! By taking a long and thoughtful look at what God has created, people have always been able to see what their eyes as such can’t see: eternal power, for instance, and the mystery of his divine being. So nobody has a good excuse” (Romans 1:19-20 in The Message).

3. God witnesses to all

As we have written before: we are each an ‘image of God’ and therefore we are ‘wired’ for God.

For when Gentiles [non-Jewish people], who do not have the law, by nature do what the law requires, they are a law to themselves, even though they do not have the law. They show that the work of the law is written on their hearts, while their conscience also bears witness, and their conflicting thoughts accuse or even excuse them on that day when, according to my gospel, God judges the secrets of men [and women] by Christ Jesus.

God has given us an inherent awareness of His standards of right and wrong.

4. God demonstrates his love for all

God has not abandoned or given up on Humanity or his Creation. He has chosen the costly way of redemption.  God loves his Creation and all of humanity.

Again, it is written:

God so loved the world, that he gave his only Son, that whoever believes in him should not perish but have eternal life. For God did not send his Son into the world to condemn the world, but in order that the world might be saved through him. (John 3:16-17)

God’s ultimate expression of love toward the world – and therefore toward every culture – is His act of giving his one and only Son, Jesus Christ, to live and die, and rise from among the dead so that, through Jesus Christ, every human being can experience reconciliation to God and all the benefits of a relationship with Him.

So, are four dynamic actions of God toward Culture, and therefore toward you. The one true God revealed as Jesus Christ:

How do you respond to these expressions of God’s goodness?

Take a few moments to review your day or week.

What have you experienced of God’s provision? What evidences have you seen of God proclaimed in Creation, and upon your own conscience? What have you recognized as his love?

I encourage you to take a few more moments to thank him for each of these proofs of his presence and care.

What other dynamics are at work in your culture that you attribute to God? Contact me here.

Photo credit: from Michelangelo’s “Creation of Adam” painted on the ceiling of the Sistine Chapel circa 1512.