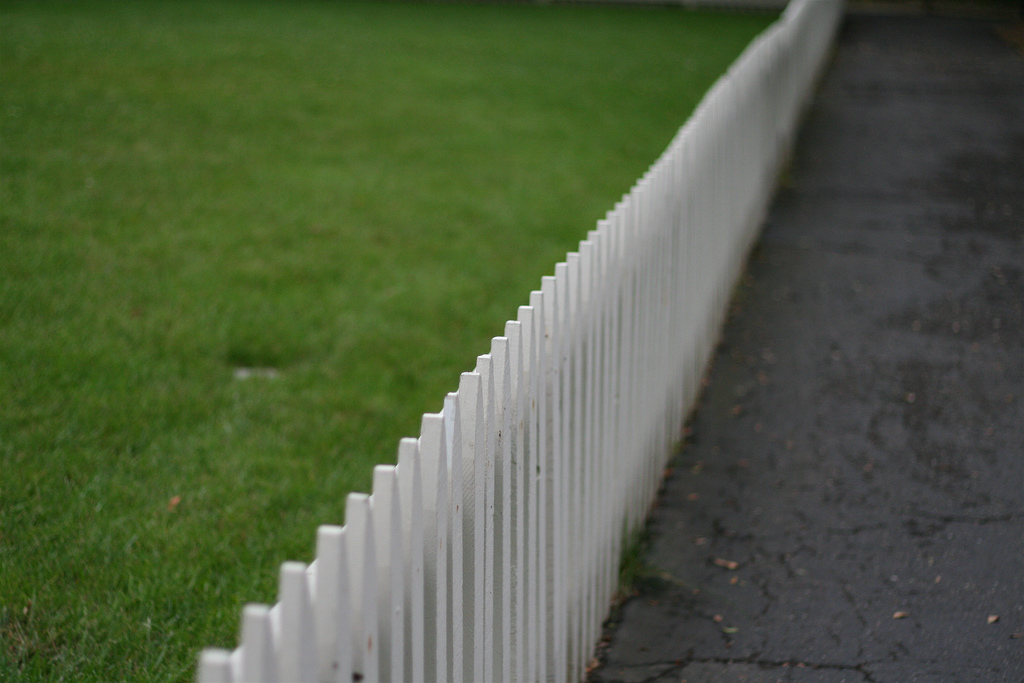 Does engagement with new and different people make you uncomfortable?

What is it about them?

Is it their language? Their appearance? Their traditions?

Have we built 'fences' to keep others out?

We read about the Baptism in the Spirit no fewer than seven times in the New Testament.

From the perspective of five of these occasions, it is still a future event. In four of these John the Baptist states “I baptize you with water, but he will baptize you [in][1] the Holy Spirit." (Mark 1:8 NIV; see also Matthew 3:11; Luke 3:16; John 1:33). In the fifth, a mere ten days prior to the event, it is Jesus Himself who declares,  “Do not leave Jerusalem, but wait for the gift my Father promised, which you have heard me speak about. For John [the Baptist] baptized with water, but in a few days you will be baptized [in] the Holy Spirit” (Acts 1:4-5).

Then there is the event itself. On the 50th day following the resurrection of Jesus Christ, the unique historical event of the baptism in the Spirit takes place (Acts 2). See the earlier blog: “Celebrating Pentecost – even if you’re not Pentecostal.”

Another of the references is a theological statement of this baptism’s significance. Paul writes after the event in 1 Corinthians 12:12-13 that:

The body is a unit, though it is made up of many parts; and though all its parts are many, they form one body. So it is with Christ. For we were all baptized [in] one Spirit into one body –whether Jews or Greeks, slave or free – and we were all given the one Spirit to drink.

The event of the baptism in the Spirit created the “one body” composed of all followers of Jesus. It is the “Church,” or ekklesia, of Christ.

Viewing the “body” as a metaphor we can picture three dynamics:

2.         This “body” is a unity composed of diversity. Any healthy human body is physically composed of diverse parts (e.g., fingers, eyes, elbows, and kidneys) – yet it is a unity. In this “body,” we do not lose our individuality. Our personalities, experiences, identities remain intact, and yet we are joined with all other followers of Jesus.

The question left on the table from last week

Let’s look briefly at each of these incidents – although I realize it will take more than this one blog.

First, we recognize that all of the participants in the events of Acts 2 were Jewish, both Jews and converts to Judaism (Acts 2:11a). Thus it seems that the “standard” was established in the minds of people such as Peter that this experience of the Spirit was somewhat of a Jewish ‘thing’.

The Jewish boundary-markers were still in place for this early group of Christians. They still practiced circumcision, kept Sabbath, and ate only “clean” or kosher foods. That raises a big question: does a non-Jewish (Gentile) person have to become Jewish to become a follower of Jesus?

Are we not like this in our own ways?

We are used to living in our “standard” community – even as a community of faith. We have our own boundary-markers of language, food, clothing, manners, holidays, and other traditions. We don’t want our expectations, our comfortable ways, to be disturbed. “After all, these are our ways, and they’re right – aren’t they?”

Perhaps we need to experience afresh the dynamic results of Pentecost!

Second, due to persecution in Jerusalem, the followers of Jesus “were scattered throughout Judea and Samaria” (Acts 8:1b). Judea is the southern area of Palestine; Samaria borders it to the north.

The history of Samaria is important to gain an understanding of the dynamic between Jews and Samaritans.

In 722 B.C. the Assyrians invaded Samaria, removed the Israelite descendants, and replaced them with people from other parts of the Assyrian empire. These new settlers were not Israelites and they practiced a confusing mixture of religions with some traces of Judaism. The record of this can be found in 2 Kings 17.

As a result, the Jews viewed Samaritans as ‘unclean’ people: ethnically, religiously, and socially.

Persecuted followers of Jesus – all of whom had been associated with Judaism – find themselves as refugees among Samaritans. What do they do?

Those who had been scattered preached the word wherever they went (8:4-8).

[T]hey believed Philip as he preached the good news of the kingdom of God and the name of Jesus Christ, [and] they were baptized, both men and women (8:12).

What about the relationship of these people with the Holy Spirit – and with the Christians from Jerusalem?

When the apostles in Jerusalem heard that Samaria had accepted the word of God, they sent Peter and John to them. When they arrived, they prayed for them that they might receive the Holy Spirit, because the Holy Spirit had not yet come upon any of them; they had simply been baptized into the name of the Lord Jesus. Then Peter and John placed their hands on them, and they received the Holy Spirit. (Acts 8:14-17)

Note that the “Spirit had not come upon any of” the Samaritan followers of Jesus as yet. There had to be a demonstration that this was not a separate work of God – it was an expansion or extension of what God was doing in Jerusalem.

This “one body” – the Church of Jesus Christ – was growing. Now it included not only Jews, but also Samaritans, who were followers of Jesus.

To those born and raised as Jews, the Samaritans were distained and avoided.

What group or groups of people are distained and avoided by those born and raised like you? In other words, who are your ‘Samaritans’?

How do the dynamic results of Pentecost experienced by the Samaritans speak to you regarding your attitudes and behaviors toward those in the groups that are typically distained and avoided by your group?

Next week, I’d like to continue by exploring the incident in which Peter is commanded by the Lord to do something prohibited by Jewish tradition – and yet it results in great blessing.

[1] As with this and other texts concerning the baptism in the Spirit, I have inserted "in" in place of "with" used by many English translations. My reason for this is the Greek word used is en meaning "in." I suggest that "with" weakens the meaning of what was happening in this baptism, and I suspect that "with" is used as a concession to those who do not view baptism as an act immersion "in."