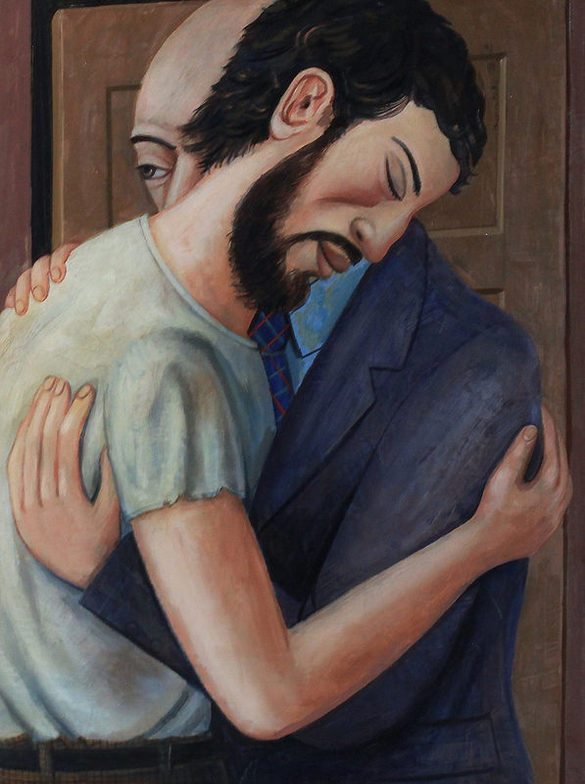 Before relating a great story, let me reinforce our starting point.

Our modern western culture markets a product it misrepresents as ‘forgiveness’, or ‘therapeutic forgiveness’.

When a relationship is broken or damaged, ‘I’ (the offended person, or victim) feel terrible. How do ‘I’ process and eliminate these terrible feelings?

Various techniques are proposed. Typically, these practices are like hitting a ‘delete’ button on the relationship. The ‘I’ may say privately, “I forgive you,” but what that really means is “I forget or 'delete' you – I don’t want anything more to do with you – I want to get on with my life without these feelings, and without you.”

An over-simplification? Perhaps a little, but you get the idea. This ‘therapeutic forgiveness’ is about ‘me’ and how ‘I’ feel.

As pointed out in an earlier post, forgiveness is grounded in the heart and actions of our God. We considered texts such as Ephesians 4:32 –

Any valid understanding and practice of forgiveness must be consistent with God’s forgiveness in Christ Jesus. Such forgiveness is expensive and has the purpose of rebuilding a broken or damaged relationship. Put another way, it is the victim’s costly love embraced by the penitent offender.

Forgiveness is not just about ‘me’, it’s about ‘us’.

A tale of two sons

“There was once a man who had two sons.  The younger said to his father, ‘Father, I want right now what’s coming to me.’

“So the father divided the property between them.  It wasn’t long before the younger son packed his bags and left for a distant country.  There, undisciplined and dissipated, he wasted everything he had.  After he had gone through all his money, there was a bad famine all through that country and he began to hurt.  He signed on with a citizen there who assigned him to his fields to slop the pigs.  He was so hungry he would have eaten the corncobs in the pig slop, but no one would give him any.

“That brought him to his sense.  He said, ‘All those farmhands working for my father sit down to three meals a day, and here I am starving to death.  I’m going back to my father.  I’ll say to him, Father, I’ve sinned against God, I’ve sinned before you; I don’t deserve to be called your son.  Take me on as a hired hand.’  He got right up and went home to his father.

“When he was still a long way off, his father saw him.  His heart pounding, he ran out, embraced him, and kissed him.  The son started his speech: ‘Father, I’ve sinned against God, I’ve sinned before you; I don’t deserve to be called your son ever again.’

“But the father wasn’t listening.  He was calling to the servants, ‘Quick.  Bring a clean set of clothes and dress him.  Put the family ring on his finger and sandals on his feet.  Then get a grain-fed heifer and roast it.  We’re going to feast!  We’re going to have a wonderful time!  My son is here – given up for dead and now alive!  Given up for lost and now found!’  And they began to have a wonderful time.”

We’ve read the parable or 'story' about the relationship between a father and his younger son – often referred to as the prodigal son.  This story wonderfully illustrates all the key elements of biblical or true forgiveness, including:

For the most part, ‘therapeutic forgiveness’ would rewrite this parable by substituting techniques to make the characters feel better about themselves in their alienation from each other.

Jesus’ parable does not allow us to follow the path of ‘therapeutic forgiveness’.

True forgiveness, like God’s forgiveness of us in Jesus Christ, is about rebuilding our damaged or broken relationships. Forgiveness is costly, personal, relational, and permanent.