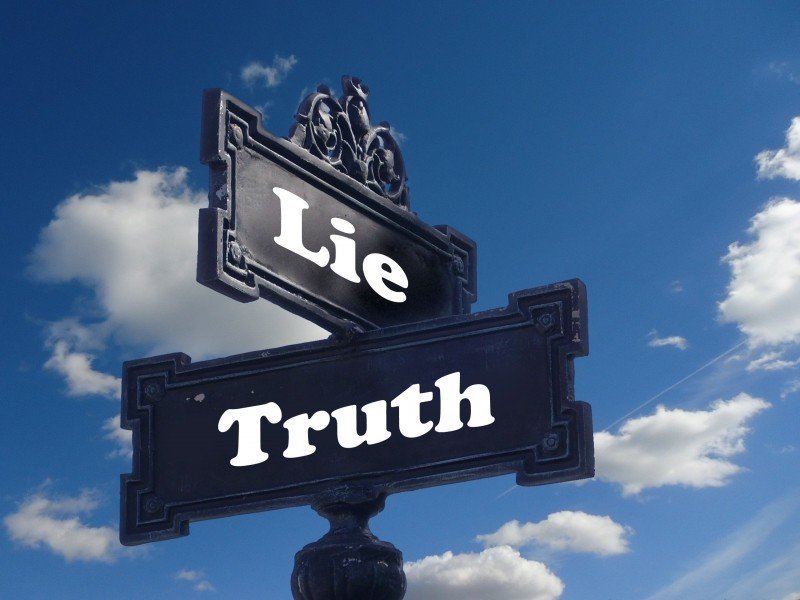 The previous post in this series is “Is it ever right to lie? – Part 1: Setting the Stage.” If you haven’t read it yet or want to refresh your memory, I encourage you to click the link and read it.

I was surprised by the many comments and questions. This is a topic of interest. People are looking for practical biblical answers. So, we’re going to delve into the issue and try to provide some trustworthy guidance.

The format we’ll follow envisions a group of living theology participants meeting to discuss the pros and cons of the various positions. This is somewhat imaginary in that these people haven’t met face-to-face, but it is representative of what the respondents would probably say if they did meet. Don’t worry; I will protect your anonymity. The posts will be in the form of a summary – the broad-brush strokes of the discussions.

We made ourselves comfortable around the table with our favored beverage. After introductions, each accepted the definition of “lie and lying” proposed in the earlier post.

We also agreed that it was not enough to say, “No, it’s never right to lie,” or “Yes, it’s okay to lie in certain circumstance.” We need a solid biblical foundation for what we believe as followers of Jesus.

One of the participants who believed it was okay to lie in certain circumstances led this discussion.

Let’s begin by looking at some of the arguments people use.

The greatest happiness for the most

There is a broad spectrum of positions for those who consider lying acceptable under certain circumstances. On one end are those who dismiss any concept of moral or universal law. This is often called “Antinomianism” – nomos being the Greek word for law – therefore, the belief that there is no absolute moral law, whether God-given or not.

The Antinomian position rejects any absolute or objective moral standard. Often, such people simply choose what works for them in a given situation. So, if it is convenient to lie to get what a person wants, they lie. In the extreme, they act according to their unfettered choice. I appreciate I am over-simplifying this somewhat, but it’s not far from the general position.

One philosophical proposition that seeks to be more rational and refined about this position is “Utilitarianism.” Its early proponents were Jeremy Bentham (1748-1832) and John Stuart Mill (1806-1873). Bentham stated his fundamental axiom: “it is the greatest happiness of the greatest number that is the measure of right and wrong.” Mill adapted this principle somewhat by explaining this “greatest happiness” may differ from person to person and situation to situation.

Question: “Who determines what is ‘the greatest happiness’ or what is ‘best’ for the ‘greatest number’?”

Who knows? It could be an individual or a dominant group. In the final analysis, if you leave God out of your thoughts and actions then “everyone does what is right in his/her own eyes” (Judges 17:6; 21:25).

In the Corrie ten Boom scenario, it was the dominant Nazi powers that determined the law that aimed to fulfill their ‘happiness’ or their ‘best’ by eliminating Jewish as well as disabled and other people. In other words, those with the might made the ‘right,’ as they saw it.

As followers of Jesus, we all agreed that this position was a non-starter.

In contrast to Antinomians, some identify a particular virtue as their absolute standard. This is often referred to as Situation Ethics or Situationalism.

In modern times, a leading advocate of this approach was Joseph Fletcher (1905-1991). Fletcher proposed a one-commandment or one-virtue ethic of love on the basis that “he who loves his fellowman has fulfilled the law” (Romans 13:8b). Strangely, Fletcher was also a proponent of the “benefits” of abortion, infanticide, euthanasia, and eugenics.

The weakness or danger of this position is that “love” is controlled and shaped to fit a person’s own purposes. Who says what is loving in any given situation? For instance, how does this use of “love” choose between whether one person will die and another live? Such was the dilemma of a mother in the movie “Sophie’s Choice.”

Fletcher’s focus on the sole virtue of love was detached from the character of God revealed as Jesus Christ and the text of the Bible. It was Fletcher’s idea of love, not God’s.

C. S. Lewis speaks to this problem in his Mere Christianity:

“The most dangerous thing you can do is to take any one impulse of your own nature and set it up as the thing you ought to follow at all costs. There’s not one of them which won’t make us into devils if we set it up as an absolute guide. You might think love of humanity in general was safe, but it isn’t. If you leave out justice you’ll find yourself breaking agreements and faking evidence in trials ‘for the sake of humanity’ and become in the end a cruel and treacherous man.”

Let’s look at the most common arguments which were proposed by the Reformers, Martin Luther and John Calvin.

Martin Luther (1483-1546) and John Calvin (1509-1564) believed that God established absolute moral laws. Their positions of Absolutism differ in some ways, but they strove to be biblical and built their understandings around three shared principles.

Principle #1: Not all of God’s laws are equal; there is a hierarchy. For instance, when Jesus was asked “Of all the commandments, which is the most important?”, He answered,

In the case of Corrie ten Boom, it is argued that saving a person’s life is more important than telling the truth to those seeking to persecute innocent Jewish people.

For example, in the presence of a man with a shriveled hand, the Pharisees challenged Jesus: “Is it lawful to heal on the Sabbath?” Here’s his response (from Matthew 12:1-14):

[Jesus] said to them, “If any of you has a sheep and it falls into a pit on the Sabbath, will you not take hold of it and lift it out? How much more valuable is a man than a sheep! Therefore it is lawful to do good on the Sabbath.”

Healing a person takes precedence over the strict limitations of doing work on the Sabbath.

Principle #3: What is a person to do when two absolutes come into conflict?

At this point, Luther and Calvin took different positions. In simple terms:

A challenge with traction

At this point, there was more discussion with a few questions or challenges. I’ll relate the challenge that I found most appealing. The question was:

“Are moral absolutes in the Bible sometimes in conflict?”

The participant continued, “I have no problem accepting that there is a hierarchy of moral laws, your principle #1. I’m not as confident that moral absolutes in the Bible do conflict, or perhaps I should say, necessarily conflict.

“Jesus never sinned. Texts such as Hebrews 4:15 confirm this:

“For we do not have a high priest who is unable to sympathize with our weaknesses, but we have one who has been tempted in every way, just as we are – yet was without sin.”

“That means that when Jesus healed a person on the Sabbath, it wasn’t a sin, even though the Pharisees saw it that way. The Sabbath seems to have built-in flexibility – we are not to do work, but we are free to do acts of mercy.

“Do you have better support for principle #2? If not, I don’t think I accept that moral absolutes in the Bible (properly understood) come into conflict.”

Our discussion was good and helpful. It gave us a better insight into the arguments of those who believe it is right to lie in certain circumstances.

The next post will make a case for believing it’s never right to lie in any circumstances.

Throughout this short series, I invite you to keep writing to me with your questions, your proposals, your practices, and whatever else speaks into a way of living that honors God and blesses people. You can contact me by clicking here.

To make sure you don't miss future installments of this series, click here to subscribe. I hope to hear from you soon.

PREVIOUS        NEXT POST: (Part 3) The case for believing it's never right to lie in any circumstances.