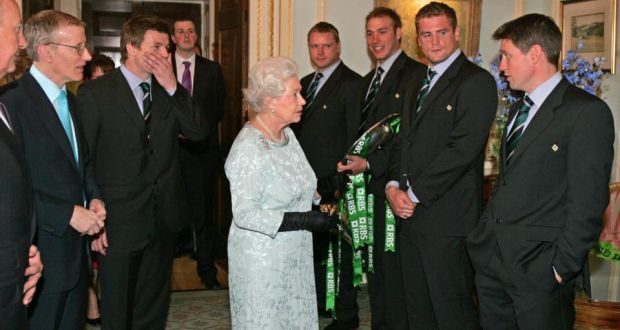 What do you think of the following statement?

How you respond to someone is the measure of your relationship.

When someone takes the initiative to communicate with us, we respond in some way.

At a reception, Queen Elizabeth greeted and congratulated a winning rugby team. One Irish player, Ronan O’Gara, kept his hands in his pockets (see the accompanying photo).

How would you interpret his response?

Again, your response to a person is the measure of your relationship with that person.

What your responses ‘say’

1.         As we’ve noted, your response to someone discloses your value of that relationship. It lies somewhere between:

2.         Your response reveals something of your character.

In the case of Ronan O’Gara, his response appeared to manifest a character of churlishness, if not rebellion.

To treat even a stranger with disdain or indifference reflects something of how you perceive other humans. Does your character allow you to view them as “image of God” or not?

As for ignoring phone calls from telemarketers, I’ll just have to acknowledge there is a case to be made for discernment.

I remember being in a strange city and asking a fellow pedestrian for directions. He shook his head and kept walking. I’ve wondered a few times why he did that – what was of such importance that he couldn’t have taken 30 seconds to point someone in the right direction, or to say he didn’t know?

If we choose not to respond to someone, are we not recognizing there is something of greater importance than responding?

We often respond by saying something that politely dismisses the other person. In other words, we respond by not doing what is asked or needed.

You may say, “He never takes the initiative to communicate with me – so there’s nothing to respond to.”

If you’ve been reading this series, you know that I disagree with that statement. God does take the initiative in communicating with you. God speaks into our lives – even if we’re atheists. For example, see the post “‘A’ for Attending.”

Again, how you respond to someone is the measure of your relationship.

So, what do your responses, or non-responses, to God reveal about the measure of your relationship with him?

This post is descriptive – it has attempted to expose something of the problem – our lack in responding to God.

The next post will be prescriptive – proposing remedies that lead us toward being more responsive to God’s gracious initiatives in our lives.

[1] Ronan O’Gara gives a different explanation for his behavior and the context of the photograph in an article on November 2, 2013, of The Irish Times. See photo credit.