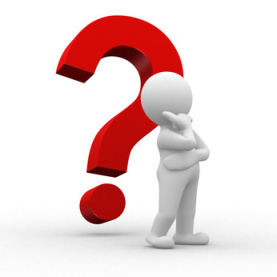 Years ago, during a family vacation, we passed a sign advertising “Jesus’ Fruit Stand – 100 meters.”

The children wanted to stop and see ‘Jesus.’

As it turned out, that Jesus was a Portuguese orchardist.

Our project in this series is to answer two crucial questions:

1.     Who is the real Jesus of history as recorded in the Bible?

2.    What difference does knowing this Jesus make?

Many voices in our world presume to tell us who Jesus is. Almost everyone has an opinion on the subject. Let’s look at some of those opinions.

A street musician told me that he neither accepted Jesus as divine nor a savior. Instead, he preferred to think of Jesus as a wise teacher and an example for life—nothing more.

Today, some aggressive atheists are denying that Jesus was a real person at all.

Some pseudo-Christian religious groups, such as Mormons and Jehovah’s Witnesses, portray other ‘Jesus-es.’ One group argues for a ‘Jesus’ who became a god as they think other humans are becoming gods; the other group contends for a ‘Jesus’ who is supposedly the archangel Michael.

Muslims deny the deity of Jesus Christ but allow that he is a prophet—although they claim that Mohammad is greater.

Hindus may include a ‘Jesus’ among their millions of gods.

All of these ideas about Jesus come from people who do not rely upon the Bible. Instead, they draw their ideas from a combination of thinking and literature that attempts to supplant or replace the Bible.

Most of these people might be well-intentioned, but they are ill-informed.

The ‘Jesus’ they depict is no more the historical Jesus of the Bible than the Portuguese fruit farmer. We might even go farther – at least the Portuguese farmer was an actual human. The ‘Jesus-es’ of the street musician and the others I’ve mentioned are products of their imaginations, disconnected from the Bible, history, and reality.

Despite the similarity of names, the Jesus of history and the Bible is quite different from Jesus the Portuguese orchardist. Apart from the obvious, here are a few differences between the real Jesus and the peoples’ opinions:

One is the one true God in flesh—the others are not.

One died for the sin of the world—the others did not.

On the third day after his crucifixion, one rose from the dead—the others will not.

When it comes to the Portuguese orchardist:

One can forgive sins and give eternal life that is life indeed—the other sells fruit.

One is the God who is King—the other has the opportunity to become his loyal subject.

Fair enough—if I’m only basing this on what I think. But there is lots of evidence for the real Jesus from the Bible and other sources. I want to explore some of this evidence with you.

My goal is that you answer our question—Who is Jesus?—with solid evidence, not mere opinion.

Eye-witness testimony is strong evidence. If it is reliable, it withstands honest critical inquiry. If it doesn’t hold up, it isn’t reliable and should not be trusted.

John was a young fisherman when he met Jesus. After a lifetime of following and serving Jesus, John wrote the Gospel according to John and several other documents. He was probably over 80 years of age when he composed the gospel account that bears his name.

The apostle John tells us some of what he personally witnessed Jesus do and say (John 21:24-25).

Now Jesus did many other signs in the presence of the disciples, which are not written in this book; but these are written so that you may believe that Jesus is the Christ, the Son of God, and that by believing you may have life in his name.

John tells us that he selectively recorded specific actions or signs that Jesus did for two reasons.

John has the purpose of answering both our questions:

Does it matter who Jesus is? You bet it does! It makes all the difference. If you are wrong on this one, you will be wrong on most everything that matters.

Through this series, we will examine each of the signs John writes about and see how they answer our questions in practical and life-changing ways.

I recommend that you begin reading John’s Gospel. As you do, listen to what John is saying about Jesus, and ask what difference that makes for you.

You can send me your comments and questions by clicking here.