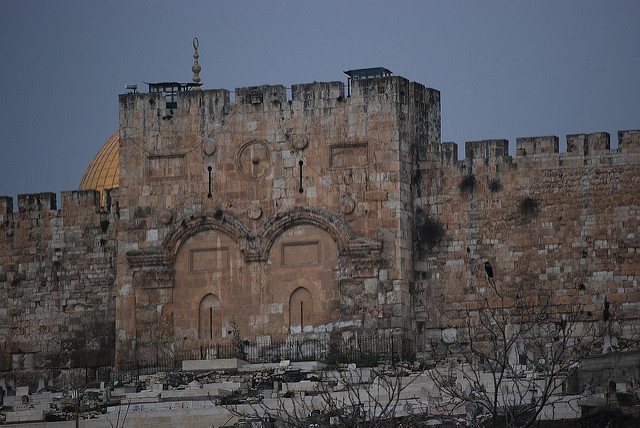 This was the question asked 2,000 years ago.

It's one of the best questions to ask today!

In a couple of days, the traditional church calendar remembers Palm Sunday.

This marks Jesus' arrival at the gates of Jerusalem. As a conquering king, he enters the city.

A very large crowd spread their cloaks on the road, while others cut branches from the trees and spread them on the road. The crowds that went ahead of him and those that followed shouted:

"Hosanna to the Son of David! Blessed is he who comes in the name of the Lord! Hosanna in the highest!"

When Jesus entered Jerusalem, the whole city was stirred and asked, "Who is this?"

Hosanna has the meaning of "save," or "savior."

Despite the crowd's jubilation, and its response to the question – still, a few days later, it was complicit in the crucifixion of Jesus.

Simon Peter answered, "You are the Christ, the Son of the living God."

Jesus replied, "Blessed are you, Simon son of Jonah, for this was not revealed to you by man, but by my Father in heaven."

It appears that only a few moments later, Jesus unfolds impending events with these words (16:21):

From that time on Jesus began to explain to his disciples that he must go to Jerusalem and suffer many things at the hands of the elders, chief priests and teachers of the law, and that he must be killed and on the third day be raised to life.

Peter's reaction is: "Never, Lord! This shall never happen to you!"

Why did Jesus die?

Theologian, John Stott, provides us with a partial answer:

As we stand before the cross, we begin to gain a clear view both of God and of ourselves ... . Instead of inflicting upon us the judgment we deserved, God in Christ endured it in our place.

What does this mean for you?

This is a good time to ask these questions for yourself:

What are your answers?

How do they make a difference?