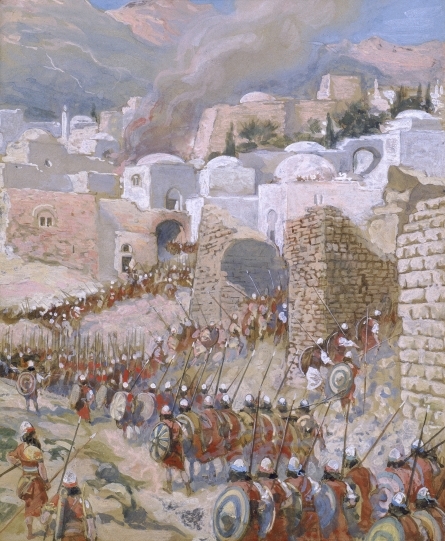 Why is Israel so important in God’s ‘Story’?

As a person of British descendant I could feel left out – as can other people of non-Israelite lineages whether Asian, African, Latino, or whatever. It has something to do with God’s covenant.

In our whirlwind progress through the Historical Backbone of the Bible, we’re bound to pass over events, people, and concepts that call for more attention. Covenant is one of these important subjects that is woven throughout the fabric of the Bible.

Let’s take a moment to consider this concept of ‘covenant’.

In the Ancient Near East kings entered into treaties – much like countries today. Some of these were peace treaties ending wars, others established alliances.

In a similar way, God entered into a covenant with Abraham. We are introduced to the broad terms of this covenant in Genesis 12:1-3:

The LORD[1] had said to Abram, "Leave your country, your people and your father's household and go to the land I will show you. I will make you into a great nation and I will bless you; I will make your name great, and you will be a blessing. I will bless those who bless you, and whoever curses you I will curse; and all peoples on earth will be blessed through you."

This covenant was not intended to create a nation of elitists. Abraham and his descendants were to be the channel through which God’s blessings spilled over upon [poured out] into all humanity. Numerous times Yahweh refers to that channel being the descendants – literally “seed” (singular) – of Abraham (e.g., Genesis 12:7; 17:9; 13:15; 24:7).

Later, God elaborated upon and confirmed, the covenant with the people of Israel at Sinai (Exodus 19:3-6).

Ultimately, we are told this channel of blessing to the world – this “seed” (singular) – is one person, Jesus Christ (Galatians 3:16-17) … but we are getting ahead of ourselves.

Let’s return to the Historical Backbone of the Bible with a brief survey of the books of Joshua and Judges.

In Joshua 1 we learn that Moses has died, and the people of Israel are poised to cross the River Jordan and enter the land that God had promised to them.

This book may raise some concerns as you read (e.g., the invasion and killing of its inhabitants). At this point, our goal is to grasp something of the Historical Backbone of the Bible. We’ll have to come back later and wrestle with some of these other important issues.

I have found the proposal of Dutch theologian, Henrik Koorevaar, helpful in understanding the structure and progress of the book of Joshua.

Koorevaar also sees 18:1 as a crucial point: “The whole assembly of the Israelites gathered at Shiloh and set up the Tent of Meeting there. The country was brought under their control.” For that time, that Tent was where the God of all the earth had chosen to dwell among the people.

Pay particular attention to the concluding statement in each of these sections. Also, note that the first three sections flow from God’s initiative. The fourth section leaves us with the expectation of Israel’s faithful response of serving and worshipping Yahweh in the land … but there are dark clouds on the horizon.

This book records a series of judges of Israel after the death of Joshua. Actually these judges were more like warlords who governed parts of the land after delivering a region from foreign domination. You may recognize the names of Gideon and Samson, two of these judges.

Judges 1 acts as an introduction, setting the tone for the rest of the book. As we read, we become aware of a pattern.

The oft-repeated pattern can be observed: sin – oppression – repentance – deliverance. Here are a few more details of this cycle from 2:6-3:6:

After the death of a judge, Israel turned away from worshipping/serving the LORD, and the “cycle” repeated itself.

Each cycle took Israel deeper. It was a downward spiral. The condition of Israel, and its judges, deteriorated.

What do you take away from your reading of Joshua and Judges? What do you see of your own nature, life-style, and decisions in these historical narratives?

[1] Remember that “LORD” (with all letters capitalized) indicates to us that it translates the Hebrew name of the one true God – YHWH, or Yahweh.