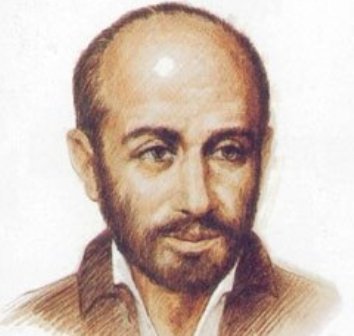 Of the numerous books on prayer in my library, most of them are from the 19th or 20th Century, Western, and Evangelical.  Although they have been helpful, in many ways, they all say much the same things.  Is this all there is to say about prayer?

People from other ages and other traditions have other perspectives, understandings, and practices.  Some of what they say may be irrelevant, stale, or mistaken; but they may also say something that is insightful, refreshing, and beneficial.

With this in mind, I propose exploring the 16th Century Ignatian examen to build upon (and perhaps correct) our 21st Century North American Evangelical tradition.  Of course, we should listen cautiously, keeping before us the three-fold standard of the person of Jesus, the text of Scripture, and the presence of love.

The “General Examination of Conscience,” often shortened to the examen, has a long and rich history.  John Govan writes that the examen is:

a concrete way of growing into a vision which integrates everything that happens in one’s life so that God is always seen as present and nothing is necessarily an obstacle to spiritual growth.  If practiced faithfully, the daily Examen can lead to a deep and personal relationship with the Lord so that everything is understood in terms of that relationship.  This type of vision is needed if spiritual and human growth are to be seen as interdependent.[1]

The examen has five steps and, for me, takes about 15 minutes in the evening. Click here for a summary of these five steps.  You can print it and slip into your Bible for easy reference.[2]

The five points of the examen are gratitude, petition, review, forgiveness and renewal.

To begin, find a quiet place where you won’t be disturbed.  By way of transition from the busyness of life, thank God for his love and the opportunity to meet with him.  The language of the first step is: “I note the gifts that God’s love has given me this day, and I give thanks to God for them.”

The first time I attempted the examen, I spent all my time on this step.  As it happened I was sitting in an airplane.  After I read the examen by both Ignatius and Gallagher I closed my eyes to focus on “God my Lord” and “the gifts of his love to me.”  I was surprised how difficult it seemed.

Regularly I had thanked God for his goodness, but now I was caused to be more deliberate about the specifics of his love.  Most likely, my state was expressed by one author: “When we become too affluently involved with ourselves and deny our inherent poverty, then we lose the gifts and either begin to make demands for what we think we deserve (often leading to angry frustration) or we blandly take for granted all that comes our way.”[3]

What if I was no longer so affluent, or healthy, or secure?  Gallagher’s focus on “gifts of his love to me” helped to break this impasse.  This experience drew my attention to a void in my prayer life: recognizing specific expressions of God’s love to me, even the most basic gifts which I had taken for granted.  That was as far as I got the first day, but it began a renewal of God’s grace in all things.

“I ask God for an insight and a strength that will make this examen a work of grace, fruitful beyond my human capacity alone.”

This is a conscious invitation to the Lord to examine the inner core of my being.  It is “a profound opening of one’s life and spirit to the illumination of God’s own [S]pirit …the focus is the self, but the self as experienced in the presence of God.”[4]

For me, the intentional awareness of my Lord’s presence as we walked together through the events of the day drew me from the abstraction of my previous practice of prayer to the reality of reviewing my life (i.e., my actual thoughts, words and deeds).  The text that I had often prayed before took on a fresh and particular meaning: “Search me, O God, and know my heart! Try me and know my thoughts!  And see if there be any grievous way in me, and lead me in the way everlasting!” (Psalm 139:23-24).

“With my God, I review the day.  I look for the stirrings in my heart and the thoughts that God has given me this day.  I look also for those that have not been of God.  I review my choices in response to both, and throughout the day in general.”

In this step, I have found enjoyable companionship with my Lord.  At first there was a readiness to move immediately to those instances of which I was already aware.  However, Aschenbrenner advises that

As I followed Aschenbrenner’s counsel I began to walk through the hours, or periods, since my last examen – not skipping ahead, but proceeding in order, chronologically.

In this exercise I realized things that I hadn't previously noticed – incidents not only of my faults, but also of God’s active presence.  “Thus, rather than a preoccupation with self, this review is primarily a focus on the ‘epiphanies’ of God, those often subtle yet persistent ways in which the divine seeks to reveal [him]self in and through one’s experiences.”[6]

This was immensely helpful because my approach had been an interior focus in which I was pitted against God – an ultimately untenable and unenviable position.  Instead, I was being graciously invited to walk with God as his companion.

The fourth point is “to ask pardon of God our Lord for my faults.”  Perhaps Gallagher makes this more understandable, rephrasing it as “I ask for the healing touch of the forgiving God who, with love and respect for me, removes my heart’s burdens” – but perhaps he is unnecessarily diminishing the very thing that we need to experience – our confession and his forgiveness.

The point is that, in the words of 1 John 1:9, I am called to confess my fault to my Lord (i.e., homologeō – to acknowledge or say the same thing as God about my sin).  In response, I hear the psalmist declare: “Blessed is the one whose transgression is forgiven, whose sin is covered. … I acknowledged my sin to you, and I did not cover my iniquity; I said, ‘I will confess my transgressions to the LORD,’ and you forgave the iniquity of my sin” (Psalm 32:1, 5).

The concluding step is to “resolve to amend with the grace of God.”  Gallagher states this step of renewal as: “I look to the following day and, with God, plan concretely how to live it in accord with God’s loving desire for my life.”  Aschenbrenner puts this in terms that “there should be a great desire to face the future with renewed vision and sensitivity as we pray both to recognize even more the subtle ways in which the Lord will greet us and to hear His Word call us in the existential situation of the future and to respond to His call with more faith, humility, and courage.”[7]  This is a call to embrace the future hopefully, not brashly or proudly, but in dependence upon the love and grace of God.

First, the examen is flexible within the bounds of its five points.   I am also discovering that my progress through the five steps is not predictable.  As with my first experience, sometimes I don’t progress beyond the first point; at other times I may discern that I dwell upon matters issuing from another of the points.

Second, the examen is not all there is to prayer.  Although the examen is a “real bringing of one’s daily life into God’s intimate presence”[8] it is not, for example, intercessory prayer for others (e.g., 1 Timothy 2:1-7).  Thus, if a person is beginning to reclaim the experience of God’s presence through the rich practice of the examen, in due course that person will see that the horizon of biblical prayer spreads beyond his or her own examen experience.

Third, the examen is not a substitute for engagement in community with God’s people.  The examen recognizes that each Christian is a unique individual in relationship with the Father through Jesus Christ.  It also recognizes that an individual is a member of the body of Christ.  We do not, and cannot, live life in isolated individualism.

Photo credit: Drawing of Ignatius Loyola (no attribution). If you know the source of this image, please let me know.