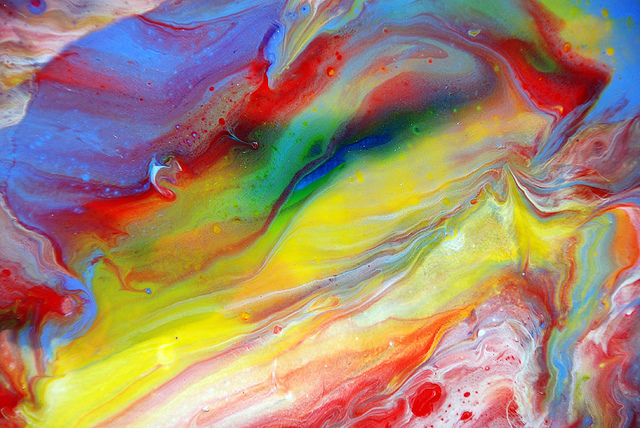 Do you want a key that will unlock some of the mystery of cultures?

To shake up his presumptions, I came out of 'left field' with this question:

“How could one color be better than another? They’re just different,” he said.

He had been confused by the 'stories' or testimonies he had heard from others attracted to Jesus Christ, and how they entered into a living relationship with him.

It was a mixed group of people that had come to Canada from other countries and cultures – yet, all of them had come to believe in the Lord Jesus Christ.

An Indo-Fijian man had been a Hindu. He spoke of the kindness of Christians who he had invited to his house. Earlier, a Hindu priest had been paid a large sum of money to come and heal the man's sick mother – but nothing happened. When the man spoke with a Christian workmate, the Christian simply told him of Jesus Christ and his power. He and another Christian came to the man's house and prayed for the healing of his sick mother. The next day she was well. It was through this incident the man and his family trusted in Christ Jesus as their Lord.

A person from Iraq had been a Muslim. That person related a dream or a vision in which Jesus appeared. When the Iraqi met a Christian he asked about Isa (Jesus) to explain the dream, which led to him receiving Christ. He told how his shame had been replaced by Jesus’ honor.

There were other ‘stories’ that seemed so foreign, even unacceptable, to my young friend.

“They haven’t talked about their sins and God's righteousness, and the need to be forgiven!”

“Do you doubt their stories? Is there anyone of them that you do not believe is your brother or sister in Christ?”

“Well, no … but I just don’t understand what happened in their lives. One spoke of the power of God, another of receiving honor in place of his shame. What about righteousness?”

“It sounds like you think everything should be 'red,' but you are only hearing 'yellow' and 'blue.' Again, which color is better?”

Why does “my” culture always seem right, or the best, and other cultures seem wrong, or not as good?

Last week’s blog, introduced triplets who grew up differently. At 20, these genetically identical young men were culturally diverse. Almost everything they did was different, including language, mannerisms, food, clothing, values, and worldviews.

How can we understand these diversities in culture and what drives each of them?

Earlier I mentioned the three primary colors – red, yellow, and blue. No one of those colors is “better” than the others; they’re just different. By combining those colors, you can make up every color of the spectrum.

In the same way, there are three primary forces that shape culture. What are those forces?

Several years ago, I came across The Messenger, the Message, and the Community by Roland Müller. He proposes that the source for the various cultures and worldviews on our planet originated in Eden and can be discerned from Genesis 3. He begins by identifying three fundamental results of sin: guilt, shame, and fear.

According to Müller, the reciprocal or remedy for guilt is righteousness; for shame is honor; and, for fear is power.

Aspects of each of these results permeate every culture. It is normal that any particular culture is dominated by one. Müller has identified large geographic areas where each type is more dominant. He writes (p. 146):

Many nations (Northern Europe, North America, Australia, and New Zealand) have worldviews that have dominant (but not exclusive) guilt-based characteristics. On the other hand, much of the 10-40 window is made up of what are called shame-based worldviews. Most of the primal religions and cultures of the world (such as tribes in the jungles of Africa, Asia, and South America) have dominant but not exclusive fear-based characteristics.

How do the three absolutes common to every human relate to these dominant cultural types?

Absolute #1: Every human – whenever, wherever, and however they live – is wired for God, others, and creation because each of us is an “image of God.”

Before the events recorded in Genesis 3, the conditions of righteousness, honor, and power were experienced by virtue of being unsullied “image of God.” These conditions were God’s righteousness, God’s honor, and God’s power enjoyed and exercised without selfishness, or domination, or abuse.

Absolute #2: The image we all are has become distorted or marred – we have somehow been diminished. This distortion of the image of God is manifested in and experienced by every human as either guilt, shame, or fear, or some combination of them. These are the results of sin.

Absolute #3: The ‘knowledge’ that we are made for more, and our lives are not as they could be. This ‘knowledge’ becomes apparent as people – and their cultures – grasp for righteousness or honor or power in their own distorted ways.

What do these predominant bases or forces of guilt, shame, and fear look like in general terms? Here are some examples.

How does the Gospel, the good news of Jesus Christ, reach people who view God, the world, and life so differently? Stay tuned for the next post.