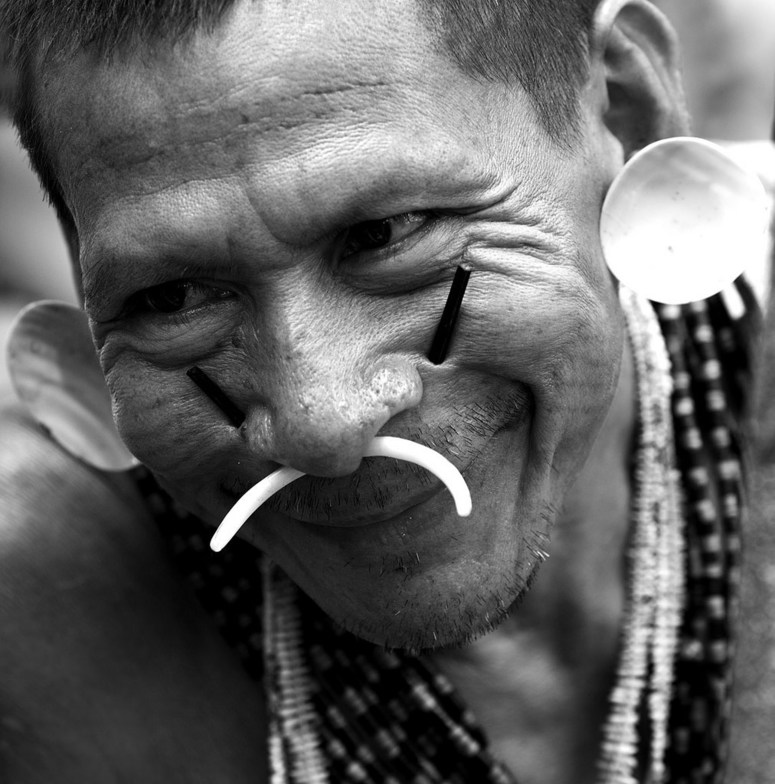 Culture is one of the most difficult words to define, and it does not occur in the Bible.

So, what is culture? How does it impact life and faith?

Let's begin with a hypothetical scenario.

Once upon a time, identical male triplets were born. The following day they were each whisked away to different places on the planet. One was raised in a medium-sized town in the western United States; another in a village of northwestern Afghanistan; and the third in a remote tribal area of the Amazon jungle.

Twenty years later, these men are reunited. They come as they are. They look at each other uncomprehendingly. The man from Afghanistan has grown a beard and wears traditional Afghani clothes, a brown pakol on his head. The Matis from the Amazon isn’t wearing much of anything: a long loincloth, his face and chest painted red, and bones piercing each earlobe and the septum of his nose. The American is clothed in blue jeans, a colorful jersey of his favorite sports team, and fashionable running shoes.

The silence is broken as their host explains the circumstances – in three different languages: a little-known dialect of the Amazon Basin, Pashto, and English.

After this introduction, the American steps forward, his right hand extended as he says “Hi, I’m Mike.” The Matis retreats quickly as if he’s being attacked. The frowning Afghani holds his ground and crosses his arms defensively.

A moment later they are invited to sit and eat. The Afghani and the Matis sit on the ground, while the American looks around for a chair. He finally sits – somewhat uncomfortably – on the ground.

The selection of food includes hamburgers, fries, and soft drinks as well as goat, flatbread, dates, plantains, wild boar, a starchy paste, some tea, and water. Each man eats what is familiar to him. At the end the Afghani belches with satisfaction; the American looks up in offended surprise.

This fictitious scenario is meant to illustrate aspects of different cultures, and how three genetically identical people can become so different from each other.

What can we learn about the concept of culture from this scenario?

Let me suggest three elements. Feel free to let me know what you don’t agree with, or what you think I’ve missed.

Although it’s true that each of these men breathes, wears clothes, eats, sleeps, and communicates, they have their own ways of doing these human functions – ways that they have learned from others.

People sharing a particular culture have a “way” of behaving (e.g., how they eat), communicating (e.g., how they speak and gesture), understanding or interpreting “reality” (e.g., their ‘stories’, symbols, and beliefs), and relating to each other (e.g., rules of etiquette).

3.  Culture is shaped by events and environment.

For instance, the environment of a jungle, or mountains, or seacoast directly impacts food supplies, security, and climate which in turn shape how a group of people lives: what and when they eat; how they protect themselves; what they wear.

Events, whether good or bad, are interpreted in ways that offer a framework of understanding. These interpretations may be scientific or not, but they do attempt to explain birth and death, disease and health, crop failures and successes, war and peace, thereby shaping a culture’s ‘stories’, values, and beliefs.

A Google search of “culture” results in “About 419,000,000 results (0.43 seconds).” Definitions of “culture” specific to Petri dishes and goat cheese aside, let me make two observations.

First, Raymond Williams (1921-1988), a Welsh academic, novelist, and critic, wrote that “culture” is “one of the two or three most complicated words in the English language.”

Second, the word “culture” is not found in English Bibles.

What word(s) or concept(s) used in an English Bible can help us understand culture from a biblical perspective? I’ll suggest an answer in a future post.

Despite the warning that “culture” is a complicated concept, here are four proposed definitions:

1.     “A complex system of assumptions, practices, stories, and beliefs that guide how a common people think and act as well as what they value.” (Jim Van Yperen)

2.     “The shared and learned patterns of thought and behavior, characteristic of a given population.” (Terry Harris)

3.     “Culture in the broadest sense is everything that people do with creation. It refers to the little worlds we have (through our own creativity in work, play and daily relationships) out of God’s creation. That broad sense of the word is almost too big to think about ….” (Loren Wilkinson)

4.     “The culture concept ... denotes an historically transmitted pattern of meanings embodied in symbols, a system of inherited conceptions expressed in symbolic form by means of which men communicate, perpetuate, and develop their knowledge about and attitudes towards life.” (Clifford Geertz)

Take a few moments to think about your culture or cultures (you probably live in more than one). This may be a modern western Canadian culture, as well as a youth culture, or a motorcycle club culture, or (as recent immigrants) the culture of the country you or your parents left. Identify your dominant culture – that is the one that has the largest or deepest influence on how you live.

What does your dominant culture say about the three absolutes? (Click here for "Who is the God of all cultures?")

Absolute #1: Every human – whenever, wherever, and however they live – is wired for God, others, and creation because each of us is an “image of God.”

You might focus on what your dominant culture believes and practices about God, about humans, and about the environment. For instance, is “god” some supreme being that has no interest or influence; are “humans” the result of a random process of evolution; is the environment simply a resource for increasing wealth?

Absolute #2: The image we all are has become distorted or marred – we have somehow been diminished.

Does your dominant culture agree with this absolute as stated? If not, what does it believe and practice on this point?

How does your dominant culture explain the human condition?

Absolute #3: The ‘knowledge’ that we are made for more, and our lives are not as they could be.

Does your dominant culture believe that we are made for more, and if so, what is that “more”?

Wrestling with questions like these brings a greater awareness of your dominant culture, and where that culture is in terms of these absolutes. In turn, you begin to see more clearly points of contact and tension between faithfulness toward God and relevance to your culture.

What other questions does this exploration raise for you (personally), your culture (generally), and your understanding of God? For me, a few questions to ask later may include:

In the next post, I intend examining three types of dominant cultures and how they each interact with these absolutes.

Click here to let me know what you think.