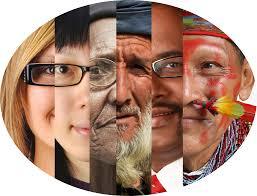 More and more, we are rubbing shoulders with people from other cultures. We need to grow more culturally aware to be more effective in evangelism.

This is particularly true in North America and Western Europe. In 2017, BBC recognized Toronto as the world’s most culturally diverse city. Metro-Vancouver, where I live, cannot be far behind.

When it comes to sharing the Gospel of Jesus Christ, how do we live in that place of wholesome tension between faithfulness to God and relevance to Culture?

Let me provide an extended quote from the helpful website “HonorShame.com” that summarizes the three dominant types of culture:

1.    Guilt-innocence [or guilt-righteousness] cultures are individualistic societies (mostly Western), where people who break the laws are guilty and seek justice or forgiveness to rectify a wrong.

2.    Shame-honor cultures describe collectivistic cultures (common in the East), where people are shamed for not fulfilling group expectations and seek to restore their honor before the community.

We learned in the previous post that guilt, fear, and shame were the responses to sin in Genesis 3. Each culture responds to sin predominantly as guilt, fear, or shame. As such, each culture resonates with the Gospel in a way that aligns with its response to sin.

For instance, those of us who live in a culture that is principally guilt-righteousness typically respond to sin with guilt. As such, we tend to resonate with the righteousness of God as sin’s antidote. Those from other cultures may resonate more with the honor of God or the power of God.

Does the Bible manifest cultural awareness in evangelism?

Compare Paul’s Gospel address to a Jewish audience in Jerusalem (Acts 21:37-22:21) with that of the Greek audience in Athens (Acts 17:16-34). There is a significant difference between the two. Paul was uncompromisingly faithful to the Gospel, and yet culturally relevant to his different audiences.

First, is Philip’s conversation with the Ethiopian eunuch (Acts 8:26-40). I propose that this is focused on guilt-righteousness.

The Ethiopian eunuch was returning from Jerusalem. It can be implied he was aware of the various sacrifices from his time there. Those sacrifices taught the need for a sinless sacrifice in place of a sinful human. His reference to Isaiah 53 in Acts 8:32-33, together with Philip’s explanation of Isaiah’s prophecy being fulfilled in Jesus, led to the Ethiopian’s realization that Jesus Christ is the substitutional sacrifice that is the basis for divine forgiveness.

Second, is the dramatic conversion of Saul of Tarsus, later known as the apostle Paul (Acts 9:1-19).

For the most part, this event manifests a shame-honor setting. We read of Saul "falling to the ground" and being confronted with his shameful actions: “I am Jesus, who you are persecuting.” He is later greeted as “brother Saul,” his vision is restored, and it is revealed that “he is my chosen instrument.” This incident is replete with a light from heaven, visions, and voices.

Third, is the conversion scene of the Roman centurion, Cornelius (Acts 10:23-48).

Fear-power seems to be the focus of this narrative, as is appropriate given the culture of Rome and its army. Note Cornelius kneeling before Peter (verse 25), his "immediate" response to the direction of the angel (33), his reference to "the Lord has commanded" (33), the mention of "the Holy Spirit and power" (38a) for those "who were under the power of the devil" (38b), that "God raised [Jesus] from the dead" (40), and "He commanded us to preach" (42), followed by the manifestation of the Spirit by these brand-new Gentile believers (44-48).

The Gospel is uncompromised in each incident. Despite the cultural focus of each, they all contain aspects of the righteousness, power, and honor of God.

Let’s look at how this impacts your communication of the Gospel.

What I mean by "a thicker evangelism" is the ability to share the gospel of Jesus Christ more effectively to people of other cultures.

Hopefully, you are encouraged to grow in your skill of telling others the good news of Jesus Christ. Here are some texts to consider. Read them. Learn what they mean and build them into your evangelism.

Other texts to consider are Romans 3:21-24 and 2 Corinthians 5:21. Do not forget to read these verses in their contexts.

For if, when we were God's enemies, we were reconciled to him through the death of his Son, how much more, having been reconciled, shall we be saved through his life! Not only is this so, but we also rejoice in God through our Lord Jesus Christ, through whom we have now received reconciliation.

In the previous post, I mentioned that I provide extra resources to subscribers to this website. I did the same again this week. If you want those resources click here to claim them.

Where to from here?

How do you communicate the gospel of Jesus Christ with people of other cultures? Some will say, the gospel is the gospel – it is not different for different people. True, but it can be presented in ways that make more sense to those people.

Here are four things to keep in mind:

1.       Remember the three absolutes of every human. We are all ‘wired’ for God, and we all need the good news of Jesus Christ.

2.       The God revealed as Jesus Christ is the God of all cultures. No matter how different a culture may be, there is evidence of this God in every place and time.

3.       Culture affects how people see the world and how they respond to sin. Each culture is dominated by guilt, shame, or fear, and God meets them where they are with the good news of Jesus Christ.

4.       Be aware of the cultural dynamics of people when you share the good news of Jesus Christ. This is not a “one-size-fits-all” prescription. Ask some questions and show genuine interest. Where is the person from? What has he or she heard about Jesus, and what does he or she think of Jesus? How do they believe a person comes to know God?

They may refer to their need for the forgiveness of their sins if they come from a guilt-righteousness culture; the reconciliation of their broken relationship with God if they are from a shame-guilt culture; or deliverance and protection from evil powers if they are from a fear-power culture.

Discern what resonates with them, then emphasize that aspect of the gospel of Jesus Christ. This does not mean ignoring the rest of the gospel, whether it is deliverance, reconciliation, or forgiveness. It means being culturally aware for more effective evangelism.

What are your thoughts, and what can you add to this? Contact me by clicking here.

Photo credit: From the cover of The 3D Gospel: Ministry in Guilt, Shame, and Fear Cultures by Jason Georges. This book is a helpful resource on the topic of this post.