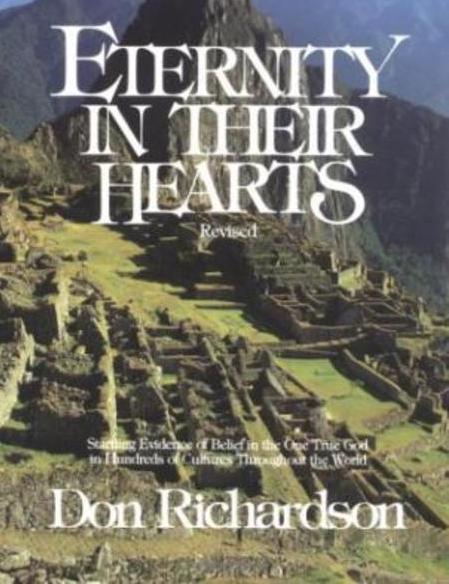 This is not an official definition, but I wonder if it should be.

As for doubt, some say there is no “god.” If that’s true, why do so many moderns and post-moderns cling tenaciously to an allegedly outmoded, unscientific, illusory, and fictitious concept? That’s meant to be a rhetorical question at this point.

Many, if not most, use the word “god” in a vague way. The word becomes a bucket into which we drop our ideas, notions, desires, and fears. In this way, the concept of “god” simply becomes a projection of what we are already. In essence, it is creating god in our own image.

In the ancient world, people believed their “god” was the deity of their territory. So the Philistines had Dagon as their chief “god”; Canaanites and Phoenicians shared Baal, Asherah, Astarte, and others; Egypt had their pantheon of "gods"; and so forth. Even today, people continue this mistaken idea thinking, for example, that Christ and Christianity are the religion of the "West," whereas Hinduism is the religion of India.

The word “god” is used to mean so many different, contradictory, and mutually-exclusive things. Too often these clashes of meaning become flashpoints for controversy and conflict.

Two questions I want to address in this blog are:

What or who is god?

Because God is one of the participants introduced in "Christ and Culture," I want to specify what I mean by “god.” My definition may not eliminate controversy or conflict, but it should do away with vagueness.

Right off, I’ll restate the question as “Who is God?” The perspective or vantage point of the Bible is my declared presupposition. From that perspective, “god” is not a ‘what’ but a ‘Who’; and with respect, it is spelled with a capital “G.”

Eugene Peterson cuts through vagueness in answering “Who is God?” He writes that “the term ‘Jesus’ is useful as it gathers all the diffused vagueness into a tight, clear, light-filled focus.”

In short, God self-disclosed himself as Jesus Christ (John 1:1-18; Hebrews 1:1-2). This means that any valid understanding of the One True God must be consistent with his self-revelation as Jesus of Nazareth. (See the blog and podcast series “Who is Jesus?”)

What does God have to do with culture?

God, who has self-disclosed himself as Jesus Christ, is the One True God. He is the Creator and He is sovereign. As such, all creation and all cultures are subject to his sovereignty.

Some may imagine God through the lens of Deism. Deism is one of those vague notions of a god that set things in motion and then left: like someone who built a watch, wound it up, and walked away. This concept is inconsistent with God self-revealed as Jesus Christ.

God is not only transcendent (i.e., surpassing all); He is also immanent. The immanence of God means His "presence and activity with nature, human nature, and history" (Millard Erickson). God is neither distant from nor uninvolved with His creation. This is evident in the incarnation – that event of God becoming a human and entering time, space, and culture.

Jesus Christ is the ultimate and perfect intersection of what it means to be faithful to God and relevant to culture. In Contextualization in the New Testament, Dean Flemming writes:

The incarnation of Jesus serves as a key paradigm for a contextualized mission and theology. The New Testament declares that the eternal Word of God was enfleshed in Jesus of Nazareth (Jn 1:14). Through his incarnation, Jesus explained or “exegeted” (exēgēsato) the Father to us. Jesus was no Melchizedek figure, someone cut off from any cultural past (Heb 7:3). Rather, he embraced the human context in all of its “scandalous particularity” – as a male Palestinian Jew, “born of a woman, born under the law” (Gal 4:4) – in a specific time and place. He was thoroughly immersed in his Jewish culture; he participated in its celebrations and traditions; he spoke Aramaic with a Galilean accent; he had distinctive physical features and personality traits. As Charles Kraft reflects, “God in Jesus became so much a part of a specific human context that many never even recognized that he had come from somewhere else.”

That is why I have featured the cover of Don Richardson's book Eternity in Their Hearts. God rolled up his sleeves, got dirt under his fingernails, and was (and is) directly involved in all of his creation and all of its cultures – and his name is Jesus!

How is this important?

The point is that the One True God self-disclosed as Jesus Christ is the God of all cultures!

I propose that Jesus Christ could have entered and immersed Himself in any culture – in any time and place – and have been faithful to God and relevant to that culture. In fact, every follower of Jesus is both immersed in a culture, and indwelt by the Spirit of Christ. Therefore, each of us is not only called but also empowered, to be faithful to God and relevant in our own particular culture – no matter where or when we live.

Here is an observation that flows from this realization. No culture is impervious to this God who came as Jesus Christ; God can work in them all. He is ready, willing and able to meet every human being no matter where or when or how they live.

Expanding on the absolutes of our humanity

Let me expand on the three absolutes from the previous post.

First, every human being is “image of God.” The One True God revealed as Jesus Christ is the “God of the image.” No matter what culture we live in, we all are ‘wired’ for this God.

Second, every human, as "image of God," is distorted by sin. At various points in our lives, we are aware of this distortion.

The apostle Paul writes about Jewish people knowing of this distortion because the standards of God’s righteousness had been communicated to them in clear, unmistakable terms. Paul continues to write about non-Jewish people (people like you and me), who “show the work of the law is written on their hearts, while their conscience also bears witness, and their conflicting thoughts accuse or even excuse them” (Romans 2:15).

God’s standard of righteousness is “written on our hearts”; “our conscience” bears witness; “our conflicting thoughts” accuse or excuse us.” As distorted images of God, we all are aware of God’s standard – what is right and what is wrong from his perspective – it’s naturally embedded in each one of us.

In summary, the One True God revealed as Jesus Christ:

(1) is the One in whose image all of us have been made;

(2) has engraved his law on all of our hearts despite the distortion of sin; and

This God revealed as Jesus Christ is ready, willing, and able to provide each of us with life that is life indeed.