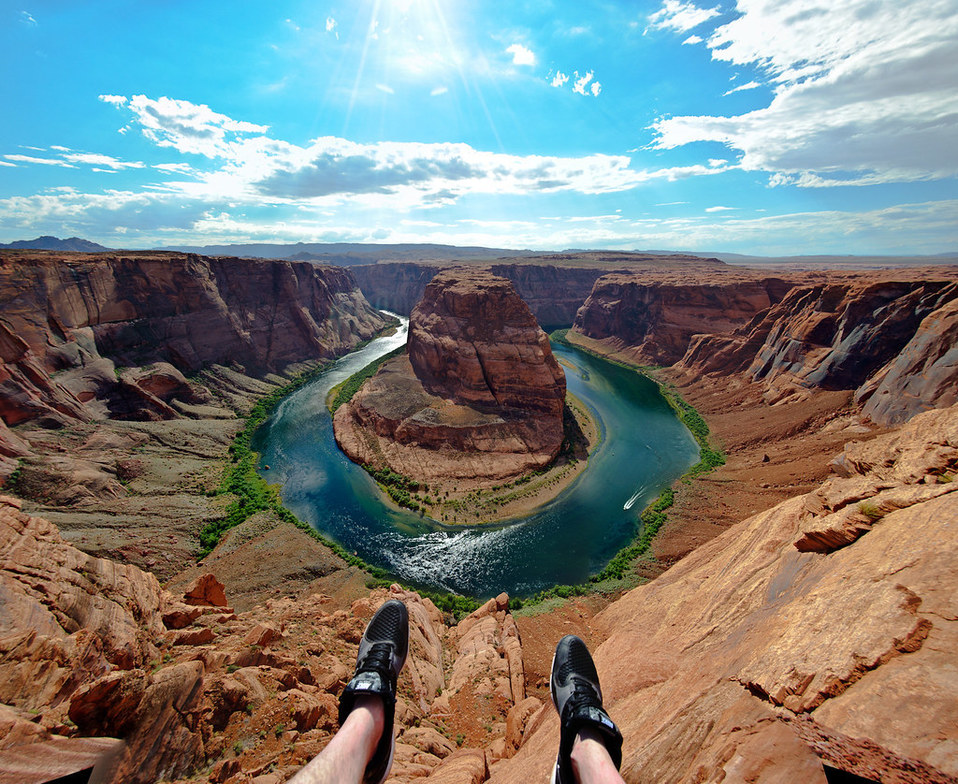 A young man was wrestling with an important career decision. As we sat together, he asked, “How do I start finding out what God wants me to do?”

“Great question. Let me ask you a few questions first.”

As we chatted, it was clear that he was a follower of Jesus, and genuinely wanted to know God’s will for his life.

Earlier, when we scheduled our meeting, I had encouraged him to read the previous living theology post: God’s will for you. He had read it and told me he’d been thinking a lot about it. I found it surprising that he had never heard anyone speak to him about God’s overarching purpose for life – that God wants my friend to become more and more like Jesus Christ.

I asked him how often he read the Bible. His answer was pretty typical: “Not very much, and not for a long time. It’s not that I don’t want to read it, it’s just that it isn’t a priority and I don’t get around to it. Why do you ask?”

What story are you living in?

The Bible tells God’s ‘story,’ and He invites you to live in His ‘story’ with Him.

There are lots of narratives or stories being told and lived in our world. One example is the American Dream narrative of rags to riches. If you live by its narrative then, among other things, you'll work hard, play hard, and enjoy the benefits of the capitalistic system. There are other big ‘stories’ or meta-narratives that provide frameworks for living life according to the “world” created by their narratives whether it be followers of Marx, Lenin, and Mao (communism); followers of Mohammad (Islamism); followers of pleasure (hedonism); and so forth.

In basic terms, a story plays the music; people in that story dance to that story's music.

We all live in a ‘story’ whether we know it or not. Keep in mind that I’m not using ‘story’ in the sense of fiction. If I ask what your ‘story’ is, you’ll tell me about significant people, events, and places that have shaped you and made you who you are – that’s not fiction, it’s your history.

Every story competes for your loyalty. Each story wants you to dance to its music; to live the life it constructs.

As mentioned earlier, the Bible is God’s ‘story,’ and he invites us to live in His ‘story’ with Him. But, if we don’t know God’s story, we can’t live God’s story.

So, how do you get to know God’s story?

Getting to know God’s story

I next asked my young friend, “When you read the Bible, how do you read it?”

He really couldn’t say. Sometimes he read a booklet with a Bible verse or two and an illustrating story. Sometimes he met with a Christian youth group that either read a small section of the Bible on a particular topic or a story about a person’s life in the Bible. They would try to discern an 'application' to follow for their lives. Most of the time, my friend read from the New Testament. He explained that the Old Testament was “old” and not relevant.

I asked him, “Have you ever read or watched The Lord of the Rings.”

He responded enthusiastically, “Yeah, a great story!” Then he added, “Actually, it’s in three parts, you know.”

“Interesting. What would you think if a person just watched the third part, The Return of the King? Or maybe, only read a page of it here and there once in a while?”

“Well, they’d miss a lot. I don’t think they’d understand what The Return of the King was really about. They wouldn’t know who the king was, or the importance of the rings – things like that.

“As for a person who only reads a page once in a while – they wouldn’t even scratch the surface of the story – I don’t think they’d understand it.”

“You’re absolutely right! What you just said about The Lord of the Rings also applies to the Bible.

“Well, the New Testament is the last third of the Bible.

“If you only read the last third, you won’t really understand what the Gospel and the rest of the New Testament are all about.

“As for a person who only reads a bit of the Bible once in a while – well you said it: “they won’t even scratch the surface of the story – they won’t understand it.

“Yes, but tell me a bit more about how that will help me find out what God wants me to do?

First, a quick recap of what we’ve been talking about.

Second, as you grow in learning God’s story, you are building your skills for living life as God desires you to live.

“For instance, Paul writes to a young man named Timothy saying (among other things), ‘Do your best to present yourself to God as one approved, a workman who does not need to be ashamed and who correctly handles the word of truth.’ (2 Timothy 2:15)

“Being skilled in the Bible is like being competent in a trade. There is more to it than that, including the instruction of the Holy Spirit – but we’ll come to that later.

“One of my sons is a journeyman millwright. I’m amazed at his skill. He is talented and trained in creating and maintaining all kinds of machinery. When it comes to mechanical problems, I ask the same kind of question you’ve asked: ‘Where do I start to find out what to do?’

“Skilled journeymen know what to do because of their training – they’ve been around the machinery so much they know how all the parts fit together and work together. When there’s a change to make or a problem to fix, they know what to do.

“It will be the same for you once you spend more time in God’s story. You’ll know how all the parts fit together and work together, and you’ll know what to do.”

“That makes sense, how do I get started in learning God’s story?”

I left my friend with two tasks.

First, to begin a big reading of the Bible.

We agreed to start at the beginning – Genesis 1 – because he had never read it before. He is going to read it in conjunction with the living theology resource, the Historical Backbone of the Bible.

I encourage you to join us on this journey. Click this link for the first post in that series is “Living God's Story: two problems and a solution.”

Second, I gave him a list of some verses on “the will of God” and asked him to read each one in its larger context for our next discussion. Perhaps I can share the results of that conversation with you in our next post.

Feel free to write to me using this link, and, if you haven't already, click and subscribe here to living theology.