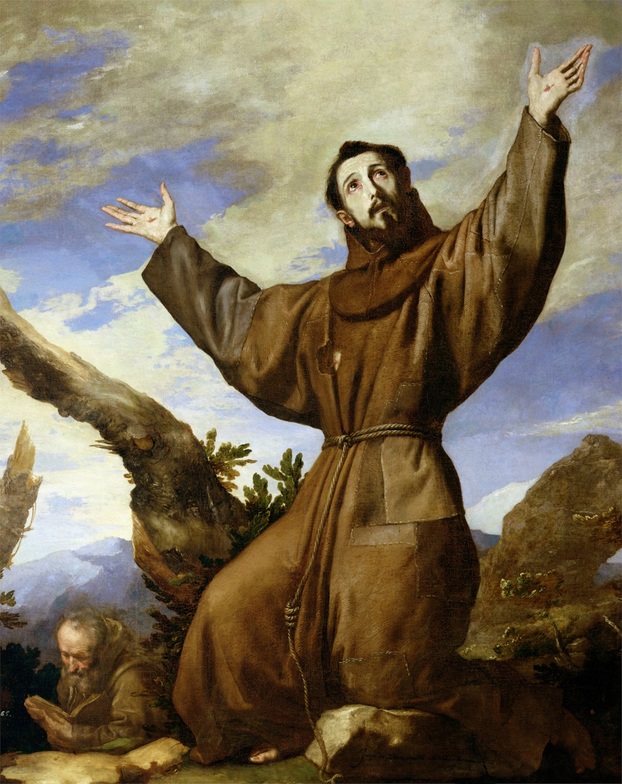 The tale is told that in or about the year 1210 Francis of Assisi had an audience with Pope Innocent III. During their meeting, the Pope showed Francis some of the great wealth of the Vatican.

The Pope boasted, “We can no longer say with Peter ‘silver and gold have I none’.”

To which Francis replied, “Neither can you say ‘rise and walk’.”

This illustrates a situation in which the accumulation of Culture’s wealth resulted in the loss of Christ’s power.

Both men were referring to the incident reported in Acts 3-4. Take a few minutes to read that thrilling story.

Relevance for your 'here and now'

Drawing on that incident, here are five dynamics of how you can live in that place of wholesome tension between faithfulness to God and relevance to Culture.

“Wait a minute,” you say. “It's a great story, but what does it have to do with me? I’m not an apostle living in Jerusalem in the 1st Century. Furthermore, I’ve never known God to be so present in power. I’m just an ordinary person, working hard to make ends meet, in 21st Century ________ (fill in the blank with the name of your town).”

Fair enough, but hear me out. Let me identify five dynamics from the incident in Acts 3-4 that can impact you.

Peter and John engage their culture where they are. In their case, they are at the “heart” or central symbol of their culture – the Temple in Jerusalem (Acts 3:1).

In some ways, the Temple in Jerusalem is equivalent to the Capitol Building in Washington, the House of Commons in London, the Kremlin in Moscow, or Tiananmen Square in Beijing. It’s not that we need to engage our cultures at their iconic centers, but you should not be reluctant to engage your culture where you are.

Peter and John respond to legitimate needs they meet. Here’s what happens in their case (3:2-7):

And a man lame from birth was being carried, whom they laid daily at the gate of the temple that is called the Beautiful Gate to ask alms of those entering the temple. Seeing Peter and John about to go into the temple, he asked to receive alms. And Peter directed his gaze at him, as did John, and said, “Look at us.” And he fixed his attention on them, expecting to receive something from them. But Peter said, “I have no silver and gold, but what I do have I give to you. In the name of Jesus Christ of Nazareth, rise up and walk!” And he took him by the right hand and raised him up, and immediately his feet and ankles were made strong.

Here is a man over 40 years of age (4:22), who has been a cripple from his birth, begging every day at the ‘Beautiful Gate’ to the central symbol of that culture. What irony. The presence of this crippled beggar is a graphic contradiction of the Temple’s significance – the dwelling place of the one true God.

Peter and John do not throw a few coins to a beggar – they don’t have any. They give what they have – they are the dwelling place of the one true God. They engage their culture with the kingdom of God as they stop, listen, look, speak, touch, and bless this hopeless man – all simple human acts.

You may say, "This can’t happen in my time and place."

I suppose you’re referring to the miraculous healing, not the other expressions of profound kindness. I’m not saying that such a miracle must happen, but it could happen. Engaging your culture for Christ begins with simple human acts in everyday places such as your neighborhood, your workplace, and your classroom.

3. You may draw attention

Perhaps I should warn you that your actions may draw attention (3:8-10):

And leaping up he stood and began to walk, and entered the temple with them, walking and leaping and praising God. And all the people saw him walking and praising God, and recognized him as the one who sat at the Beautiful Gate of the temple, asking for alms. And they were filled with wonder and amazement at what had happened to him. While he clung to Peter and John, all the people, utterly astounded, ran together to them in the portico called Solomon’s.

People are intrigued by this event. It is so unexpected in their life experience. They may not realize it, but they are getting a taste of the kingdom – that introduction to an absolute of their hearts that says “there is something more” (see: "3 things to keep in mind about people").

As your identity as a follower of Jesus conforms more and more to the essential human character of Jesus, you will probably notice that things you do or say will draw attention – even though that is not your intention. Consider that through you others are being given a taste of the kingdom (Matthew 5:13-16).

4. Explain what is happening

In a world where there is so much we don’t understand, people yearn to make sense of things. “Why did this happen to my child?” “What can I do in this situation?” “How do I respond to this or that?” “What is going to happen next?”

Followers of Jesus don’t always have the answers – but they have a lot of them if they are engaged in their environment, saturated in the ancient and holy text of the Bible, and filled with the Spirit of God.

Peter spoke to the people about God’s presence in their history and their current affairs. He drew their minds and hearts to Jesus Christ. He was making sense of this miraculous healing by inviting these people into the flow of what God was (and is) doing. This is God’s ‘story’ and it often contradicts Culture’s ‘stories’. Noted writer C. S. Lewis states that he believes God’s ‘story’ “as I believe that the Sun has risen, not only because I see it, but because by it I see everything else.”

Be warned that faithfulness to Christ often results in persecution from Culture.

The Temple officials recognize that Peter and John have been with Jesus (4:13) and that they speak boldly of and for Jesus. As a result, these cultural officials confront, imprison, and threaten Peter and John (4:1-22).

At some point, engaging cultures with the kingdom of God will result in conflict in the form of persecution. Paul writes to the young disciple Timothy regarding persecution in these terms: “all who desire to live a godly life in Christ Jesus will be persecuted” (2 Timothy 3:12). It’s not that we seek persecution, but it is inevitable if we live in faithfulness to Christ and relevance to Culture.

For you, faithfulness to Christ and relevance to Culture will probably not involve healing life-long cripples – but it will involve some, or all, of the five dynamics we have distilled from this incident. Here are some questions to ask yourself:

Write me and let me know what you are thinking