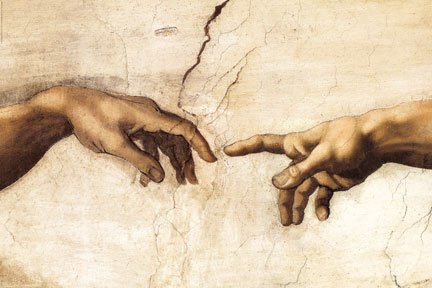 Leadership, like marriage, is one of those things Culture is messing up.

Marriage has certain biblical essentials. It was designed by God as a life-long covenant between one man and one woman to the exclusion of all others.

These essentials have been eroding for some time: divorce, adultery, and now ‘same-sex.’ We probably need to add a distinctive word like ‘true’ or ‘real’ or ‘biblical’ to ‘marriage’ to distinguish it from what our culture is now foisting on us as ‘marriage’.

The same can be said of leadership, leading, and leaders. What are the biblical essentials of leading or being a leader?

Our culture spews out books, courses, theories, and models that bear little resemblance to biblical or true leadership.

What was the original design for leadership? What are the essentials of leadership?

Before I disclose the one primary essential of leadership, let's hear what others are saying.

I then scanned the results on the first few pages. The sites did not agree on the number of essentials—they ranged from two through to twelve. Even when they agreed on the number, the essentials were different.

Let’s examine one of these popular Google results to get a sense of what passes for leadership essentials.

This particular article proposed four necessities: confidence, decisiveness, intuition, and empathy. Nice, but what about integrity and truth, or a host of other worthy qualities? Why choose these four?

One could argue that Adolf Hitler had confidence, decisiveness, and intuition—perhaps even empathy. The author described empathy in terms of “understanding the staff and knowing how to motivate them.” Well, der Führer probably had that quality as well.

The possibility that Adolf Hitler is a model for leadership makes my point. Leadership without the primary essential is not true leadership.

Given my declared orientation, for something to be valid, it must not be inconsistent with Scripture, the person and work of Jesus Christ, and God’s character of love (See “Starting over on leadership”).

From that starting point, I conclude that the primary essential of leadership is the sovereignty of God. He has ultimate authority. He is the One who designed leadership and determines its proper exercise. He is the definitive model for true leadership.

In the context of leadership, Culture largely ignores God. By its silence about God and his sovereignty, Culture treats him as irrelevant.

Acknowledging the sovereignty of God as the primary essential of true leadership has at least three implications.

First, as Creator, God is the source of all leadership.

In Genesis 1-2, God delegates this leadership to humans for subduing the earth and ruling over its animal life (Genesis 1:26-28). To humans, he delegated his authority over his Creation. God made humans to be rulers or leaders over the works of His hands (Psalm 8:5-7).

This principle is stated by Paul: “there is no authority except that which God has established” (Romans 13:1-7).

Whether as parents leading our children, supervisors leading employees, elders leading church communities, or governors leading cities and nations—it is God’s delegated authority that is being exercised in leading.

The big question that any true leader should ask is: “How does God (revealed as Jesus Christ) want me to lead?”

Third, we are accountable for our leadership.

God will hold every leader responsible for how they use His delegated authority in their leadership.

Many, if not most, leaders dismiss this primary essential of true leadership. The result is leadership that does not recognize God as the source and giver of their authority. These leaders then treat their leadership as a natural endowment or right.

Do you have a question or comment? Write me using this link.

BACK TO Leaders, Fools, and Impostors