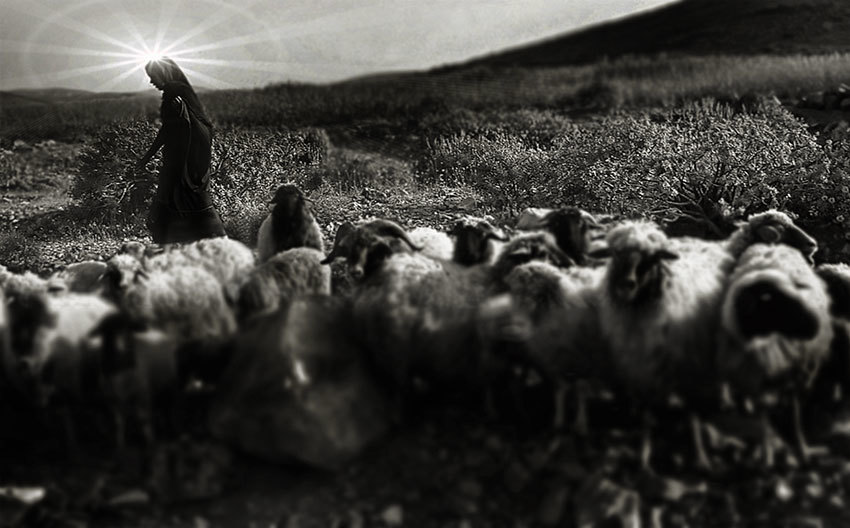 Have you ever wondered why angels appeared to unnamed shepherds at night outside a small village called Bethlehem to proclaim a message of universal importance?

Luke 2:1-20 locates us geographically, historically, and prophetically. The ancient prophet Micah foretold that the Messiah would be born in Bethlehem (Micah 5:2). This prophecy was confirmed in Matthew's gospel, answering for us the relevance of Bethlehem.

But the question remains: Why shepherds?

The answer may surprise you.

Luke “carefully investigated everything from the beginning” (Luke 1:1-4). For the first couple of chapters, it appears his main source was probably Mary herself.

The incident of the shepherds is recorded in Luke 2:8-20. Here's what Luke writes:

And there were shepherds living out in the fields nearby, keeping watch over their flocks at night. An angel of the Lord appeared to them, and the glory of the Lord shone around them, and they were terrified.

But the angel said to them, "Do not be afraid. I bring you good news of great joy that will be for all the people. Today in the town of David a Savior has been born to you; he is Christ the Lord. This will be a sign to you: You will find a baby wrapped in cloths and lying in a manger."

Suddenly a great company of the heavenly host appeared with the angel, praising God and saying, "Glory to God in the highest, and on earth peace to men on whom his favor rests."

When the angels had left them and gone into heaven, the shepherds said to one another, "Let's go to Bethlehem and see this thing that has happened, which the Lord has told us about." So they hurried off and found Mary and Joseph, and the baby, who was lying in the manger.

When they had seen him, they spread the word concerning what had been told them about this child, and all who heard it were amazed at what the shepherds said to them. But Mary treasured up all these things and pondered them in her heart.

The shepherds returned, glorifying and praising God for all the things they had heard and seen, which were just as they had been told.

Up to that point, one could argue that the conception and birth of Jesus Christ was the greatest event in history. God had become a human being, was born in Bethlehem, and his name is Jesus. Yet, this good news was proclaimed by angels to these shepherds.

We may think that protocol would demand that news this important should be told to the highest authorities in the region, if not the world. So, why didn't the angels make the announcement to Caesar Augustus in Rome?

Consider the possibility that these were not shepherds of ordinary sheep.

Alfred Edersheim (1825-1889) provides an intriguing answer to our question. He was Jewish by birth and training. Later, he became a follower of Jesus, studied and taught biblical theology in Scotland, and wrote The Life and Times of Jesus the Messiah. Writing about these shepherds, Edersheim referenced the Jewish Mishnah.

The Mishnah is a collection of documents recording oral traditions governing the lives of Jewish people during the period of the Pharisees. As such, an understanding of the Mishnah gives us insight into how Jewish people lived during the time of Jesus.

One regulation in the Mishnah “expressly forbids the keeping of flocks throughout the land of Israel, except in the wildernesses – and the only flocks otherwise kept, would be those for the Temple-services” (Bab K. 7:7; 80a).

Jerusalem and Bethlehem, and their surrounding fields were not in the wilderness where ordinary flocks of sheep were kept. Therefore, according to the Jewish regulations, the flocks under the care of the shepherds near Bethlehem must have been “for the Temple-services.” These shepherds watched over sheep destined as sacrifices in the Temple at Jerusalem.

Everything points to these shepherds watching over sheep used for sacrifice. What would they have thought when they heard:

The message of the angels signified, among other things, that the time of animal sacrifices would soon end. The offering of Jesus Christ, the Savior, would soon take place.

It's no wonder these shepherds “let loose, glorifying and praising God for everything they had heard and seen” (from Eugene Peterson's The Message).

Christmas is the traditional time for celebrating the birth of Jesus Christ. Let's remember why he came – not only to live but also to die – the perfect sacrifice for sin, once and for all.

Glory to God in the highest

and on earth peace to men and women

on whom his favor rests.

BACK TO Could Mary have said 'No'?        FORWARD TO Putting Herod Back into Christmas