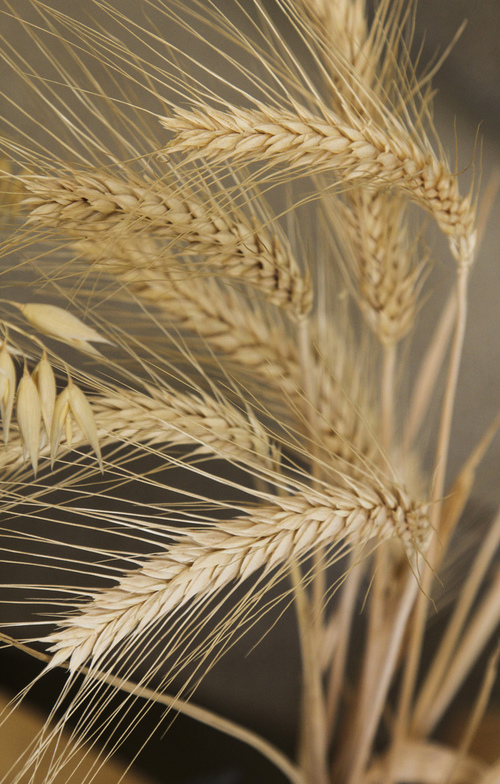 "I've read the bit about the Festival of Firstfruits," she said, "but I don't get it – what's it got to do with me?"

"Well, let's walk through this together. I'm going to propose at least three things that can touch you at the core of your life."

Before we get to that, we need to lay some groundwork so we can trace the trajectory from an ancient Israelite harvest festival to Jesus Christ to the lives of followers of Jesus today.

By the way, I'm skipping one of the festivals – but we'll come back to it in the next post. The one we'll be coming back is anchored in the Passover and this Festival of Firstfruits.

As the name implies, "first-fruits" is just that. It's the first sheaf of the spring harvest. It is the sign of the plentiful harvest of new life.

How was this festival instituted?

This festival was delayed until Israel had entered the land (23:10a). Until that time, they were pilgrims and had no place or opportunity to grow a crop.

Here are three other observations:

Next, how was this festival fulfilled?

20 ... Christ has indeed been raised from the dead, the firstfruits of those who have fallen asleep.[1] 21 For since death came through a man, the resurrection of the dead comes also through a man. 22 For as in Adam all die, so in Christ all will be made alive. 23 But each in his own turn: Christ, the firstfruits; then, when he comes, those who belong to him.

How is this significant for followers of Jesus today?

Can you imagine how the followers of Jesus felt after His death?

They had given everything to follow Him. They were convinced that He was the promised king – and that He would set up His kingdom any day. It had come to nothing – or so they thought.

Three long nights and days of disorientation followed. Among other things, they experienced loss, confusion, grief, hopelessness, despair, fear, guilt, recriminations – a gaping void had appeared in their lives.

And then, on the first day of the week, reports began to filter in:

Of their responses, the dominant one seems to be joy:

Here are three proposals for the significance of the resurrection of Jesus Christ in our lives today:

The resurrection of Jesus Christ signaled that all who are "in Christ ... will be made alive" (1 Corinthians 15:23) – every follower of Jesus will be physically resurrected when Jesus returns to the earth.

Among other things, the resurrection of Jesus Christ provides a concrete, historical foundation for enduring faith and hope in God. Here's what Peter says along this line:

"Through [Jesus Christ] you believe in God, who raised him from the dead and glorified him, and so your faith and hope are in God" (1 Peter 1:21).

Jesus has been resurrected – He lives – and so shall we!

First, all that Jesus did and said was accepted and endorsed by God, his Father.

Jesus Christ was "declared with power to be the Son of God by his resurrection from the dead: Jesus Christ our Lord" (Romans 1:4).

Second, all those who are followers of Jesus are likewise accepted by God, our Father.

We "who believe in him who raised Jesus our Lord from the dead. He was delivered over to death for our sins and was raised to life for our justification" (Romans 4:24-25).

This "justification" is God's declaration of our acceptance in Christ.

3. It marks a new beginning.

Words explode from Peter's pen as he writes:

"Praise be to the God and Father of our Lord Jesus Christ! In his great mercy he has given us new birth into a living hope through the resurrection of Jesus Christ from the dead" (1 Peter1:3).

Paul puts it this way:

We've traced the trajectory from an ancient Israelite festival to its fulfillment in the resurrection of Jesus Christ to its significance in the lives of the followers of Jesus today.

Take a moment to reflect on tangible ways in which you can embrace God's full promises, divine acceptance, and new beginnings that flow from the resurrection of Jesus Christ into your life.

You may identify and experience other significant benefits from this reflection.

Express your gratitude to God for what you discover – and tell someone else about it so they can be blessed as well.

BACK TO Passover    FORWARD TO Unleavened Bread