The truth about restitution 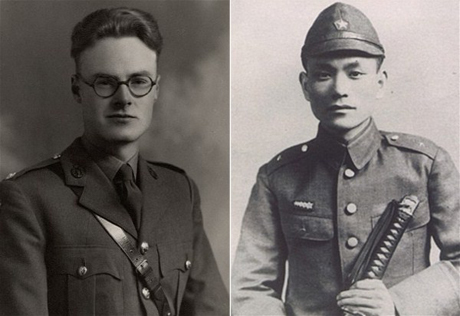 We’ve described it as repentance in action.

We then fleshed out some aspects of it in “2 questions about restitution.” Its goals: to make the ‘victim’ as whole again as possible, and to provide the offender with an element of deterrence.

Here's another question about restitution.

“Can you expand on what you mean about restitution sometimes not being possible?”

In “Restitution: what it is; why it matters,” I asked how a grieving family can be made whole in the case of a child killed, or how a damaged marriage can be restored after an incident of infidelity.

In these situations, it is arguable that restitution is not possible.

Perhaps there is, and that’s what brings me to the movie The Railway Man.

I watched a movie on Netflix recently that illustrates the process and practice of forgiveness. It is The Railway Man featuring Colin Firth, Nicole Kidman, and Hiroyuki Sanada, based on a true story. But its also Hollywood (or its equivalent), so it isn’t necessarily based on true theology.

Here’s one description of the plot:

A former British Army officer, who was tormented as a prisoner of war at a Japanese labor camp during World War II, discovers that the man responsible for much of his treatment is still alive and sets out to confront him.

Colin Firth’s character, Eric Lomax, is one of a group of ex-POWs trying to process the cruelty they endured as Japanese prisoners. Their dysfunctional lives are a testimony to their inability to relate with others or to resolve their inner distress.

Hiroyuki Sanada’s character, Nagase Takeshi, was a guard in the prison. His remorse over the cruelty he inflicted led him on a journey of repentance. The prison had since become a museum. Takeshi now worked as a guide in the museum-prison educating people about the atrocities committed there.

In this museum-prison, Lomax confronts Takeshi. He wants to inflict punishment – but he can’t follow through.

Later, a letter from Takeshi conveys his repentance in words – confession of his wrong – leading to another meeting in which there is forgiveness and reconciliation between the two former enemies.

Could Takeshi’s commitment as a guide be an illustration of repentance in action – a life of restitution?

In A Thicker Jesus: Incarnational Discipleship in a Secular Age, the late Glenn Stassen writes of the Christian life as one of "continuous repentance."

As I understand it, Stassen begins with Jesus’ announcement “repent, for the kingdom of God has come near” (Matthew 3:2). Our lives, traditions, and perceptions all need to change to become more kingdom-like.

We cannot insist that we are always right, or that we have 'arrived'. We must live a life of continuous learning, which involves constant change – if you will, continual repentance.

If restitution is repentance in action, then our lives are to be lives of continuous restitution.

Of course, we must make biblical restitution distinct from, say, penance.

Penance is an attempt to earn forgiveness, whereas genuine restitution flows from the God-given gift of repentance. One tries to earn grace; the other receives and responds to grace.

Is there biblical support for this concept of a life of continuous restitution?

Two biblical characters we have used to illustrate restitution are David and Zacchaeus.

In the case of Zacchaeus, his pronouncement to Jesus includes: “Look, Lord! I am giving half of my possessions to the poor” (Luke 19:8).

The grammatical form of the word “give” is the present tense. Craig Evans, in his commentary, notes that the best sense of this text is that “Zacchaeus regularly contributes to the poor."

Is that not a life of restitution?

Restore to me the joy of your salvation and grant me a willing spirit, to sustain me. Then I will teach transgressors your ways, and sinners will turn back to you.

Does this not express David’s desire not only to be made whole again but also to be used to make others whole again?

If so, is that not a desire for a life of restitution?

For followers of Jesus, what does a life of restitution mean?

Unlike Takeshi, it is not a life burdened by guilt or driven by obligation.

Instead, it is a life liberated by divine forgiveness, devoted to continuous change and growth into the likeness of Jesus Christ.

It is a life that expresses the divine-gift of repentance. As that repentance is in action, it is a life of restitution that seeks wholeness not only for oneself but also for others.

How can your life be an example of living restitution?